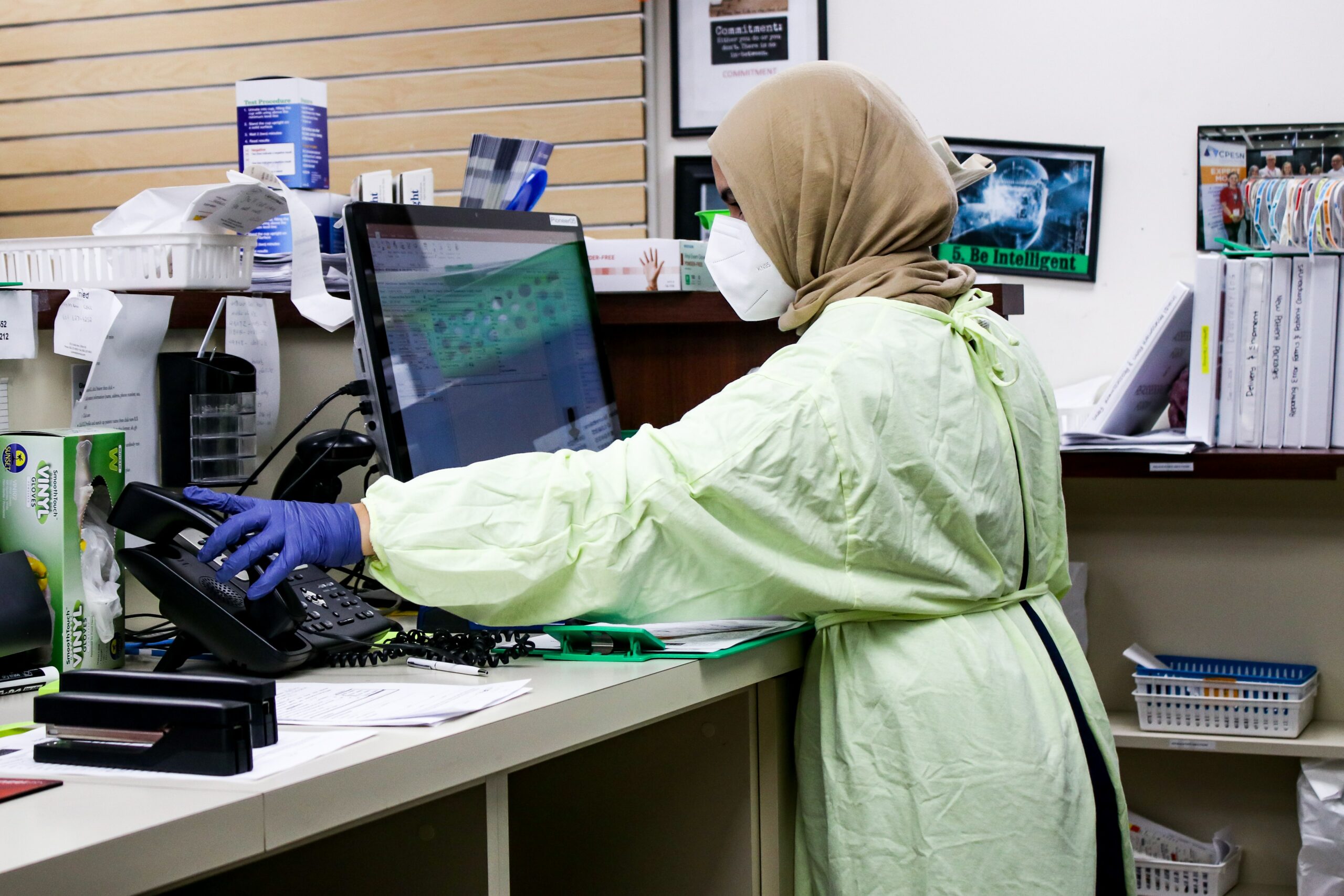 Photo by Jakayla Toney on Unsplash

A global study of the new coronavirus variant, 501Y.V2, shows that the virus may be resistant to existing vaccines. As scientists warn of increased infections due to the variant, South Africa records hospital admissions doubling in second wave, while the coronavirus also transmits much faster.

New Covid-19 variant could mean reinfection – even after recovery

A comprehensive study of the coronavirus variant 501Y.V2 could evade the anti-bodies Covid-19 survivors developed during the first wave of the pandemic.

This means those who contracted Covid-19 earlier in the pandemic could be re-infected with the new variant, even though their bodies built up immunity to the earlier strain of the virus.

The study saw scientists from around the world collaborating to understand the variant first discovered in South Africa late last year.

Testing existing vaccines against the variant

There may be an inevitable increase in both infection rates and the death toll due to the second variant, the epidemiologists pointed out in their discussion. Some vaccines may not be as effective against the new variant based on extensive DNA and other tests, they warned. Vaccines that are reliant on a certain antibodies, namely the S-antigen, to build immunity could have limited efficacy.

“We believe the MD simulation approach used here similarly represents a tool to be used in the arsenal against the continuing pandemic, as it provides insight into the likelihood mutations alone or in combination may have effects that lessen the efficacy of existing therapies or vaccines,” the researchers said in their report. 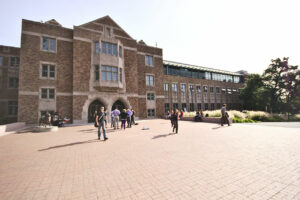 Scientists from the Department of Biochemistry at the University of Washington and Department of Molecular Microbiology at the Washington University School of Medicine in St. Louis Missouri and Vir Biotechnology in San Francisco in the United States all collaborated on the new study. Researchers from the Rega Institute for Medical Research in Belgium, Humabs Biomed in Switzerland, and Division of Infectious Diseases at the University of Milan in Italy also worked on the study.

Instead, vaccines that trigger vigorous T-Cell responses could be much more effective than others the researchers believe. Pfizer/BioNTech both have reported that their Covid-19 vaccine triggers stronger CD8 T-cell responses than their rivals.

The World Health Organisation has already approved the Pfizer/BioNTech vaccine for use, and South African authorities have listed it as a consideration. However, the vaccine is a two-dose regiment that must be stored at  -70°C, which could be challenging for South Africa’s rollout strategy. While the Pfizer/BioNTech vaccine has shown 90% efficacy, it would need ultra-cold storage and transportation facilities.

Instead, the AstraZeneca vaccine produced in conjunction with the University of Oxford in the United Kingdom has been listed as easier to store and distribute, but it is only 70% effective.

Details of new variant still hard to pin down

Despite the new data, it is still unclear how effective vaccines will be against the 501Y.V2 variant. At a briefing on Monday by South African health experts, the country’s top epidemiologists conceded that they do not have definitive answers.

“I’m so sorry to tell you, not yet,” said Professor Salim Abdool Karim, chairperson of the Covid-19 Ministerial Advisory Committee.

However, many scientists across the world are working on this, he added.

“We don’t yet have an answer but we’re expecting an answer very soon,” said Abdool Karim. “There’s much to speculate on this, but we want to see actual data but it’s not yet available.” 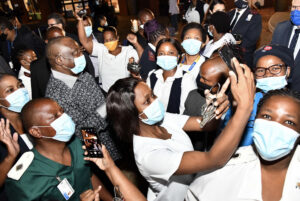 He predicted that the vaccine rollout is not going to be easy or quick, but a mammoth logistical task that will need all hands on deck.

“To vaccinate our healthcare workers, elderly, our patients with comorbidities amongst others as soon as we can. That’s our challenge, to make a difference.”

“The programme will prioritise you, as our frontline workers, from this first quarter of the year,” he said at the briefing. “We will then continue to rollout inoculation to all parts of our country during the second quarter onwards. I give you this undertaking–we will not renege on this commitment.”

South Africa’s on-the-ground experience of the variant echoed the international study’s findings that an increase in infections was inevitable. Daily hospital admissions during the resurgence have more than doubled compared to the first wave, Abdool Karim said.

“We know subjectively, we know it anecdotally, from what we find in our own families and neighbourhoods and now we can see the impact it has overall within the provinces,” said the professor.

The virus also spreads much faster. Another study that shows that 501.V2 is 50% more transmissible than the previous variants found in South Africa. In the Western Cape, it travelled 50% faster, taking 54 days to reach 100,000 people compared to 107 days in the first wave.

The current studies also indicate that while the virus may be putting pressure on hospitals, it does not cause severe disease, Abdool Karim added. Still, it was enough of a burden on the country’s healthcare system to cause concern for the health ministry.

The recent data shows that there has been an 18.3% upward trend on 16 January compared to the last seven days. Close to 18,000 people were admitted, while 2,472 were in the intensive care unit. Meanwhile, 1,117 of these were on ventilators and 5.850 requiring oxygen.

“This is a significant additional burden to the system,” warned Mkhize.—Health-e News with SAnews.gov.za