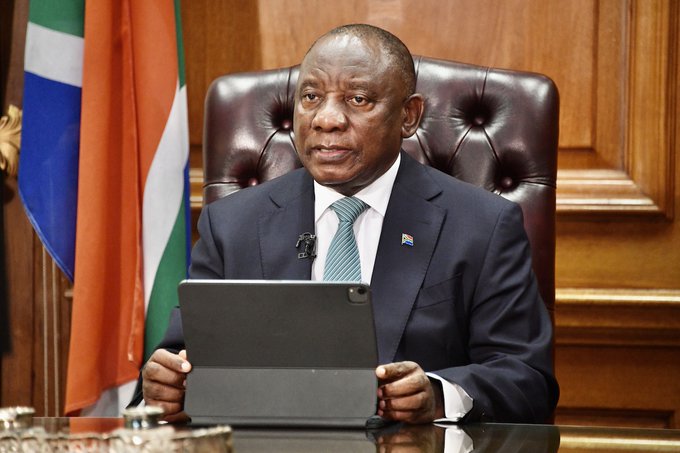 South Africa has secured 20 million vaccines from Pfizer. Some South African health workers are hesitant about being first in line to receive the Covid-19 vaccine but President Ramaphosa says that is ok.

Following the arrival of the first batch of Covid-19 vaccine, President Cyril Ramaphosa assured the nation that no one will be forced to take the vaccine against their will.

While addressing the nation during his “family meeting” on Monday evening, the president also stressed that there are no plans to restrict movement based on vaccinations.

“Nobody will be given this vaccine against their will, nor will the vaccine be administered in secret. Any rumours to this effect are both false and dangerous,” he said.

The one million doses of the AstraZeneca vaccine will be distributed among the healthcare workers across all nine provinces. According to the president, there are about two hundred facilities that will carry out the inoculation.

“In accordance with our phased rollout strategy, all healthcare workers in the public and private sectors will be prioritised for vaccination. Provincial health departments have submitted their distribution plans and we have identified about 200 facilities to which the vaccines can be distributed,” said Ramaphosa.

The National Department of health has already developed an Electronic Vaccine Data System to streamline the vaccine registration and rollout process, which will capture all relevant data associated with the administration of the vaccine. All adults will be eligible for the vaccine, regardless of their citizenship status. This means undocumented migrants will also be able to receive the vaccine.

President Ramaphosa (@CyrilRamaphosa): We'll be getting other vaccines that will be donated by companies. @MTNza has made a donation of US $25 million to secure 7 million vaccines. African countries like Lesotho, Zimbabwe, Namibia and Mozambique will also benefit. #Covid19InSA

Ramaphosa also stressed the importance of achieving what is known as “herd immunity.” This occurs when around 67 percent of the population has either taken the vaccine or has virus antibodies.

“We will leave no stone unturned in our efforts to make sure that enough vaccine doses are secured to reach population immunity in our country,” said the president.

The president also delivered good news. Hospital admissions have decreased from 2,300 a day during the peak in December, to just 295 as of the end of January. This was reason enough to announce an easing of the lockdown three regulations.

The overnight curfew will now be from at 11pm to 4am and faith-based gatherings are permitted, as long as Covid-19 regulations are in place. The president also lifted restrictions on alcohol, reopened beaches and parks.

President Ramaphosa (@CyrilRamaphosa): With the clear decline in new infections, hospital admissions and deaths, Cabinet has decided to steadily ease a number of restrictions under adjusted Level 3. #Covid19InSA #COVID19 #StaySafe

The president also urged South Africans to drink responsibly to ensure that hospitals are not overwhelmed with trauma cases or an increase in infections due to reckless behaviour.

As there is still a high risk of transmission, several prevention measures will remain in place. All adults must still wear masks in public, and no doing so remains a criminal offence.

Social gatherings, political events, traditional council meetings and gatherings at sports grounds are still not permitted. No more than 50 people may attend a funeral, and social-distancing and hand-sanitising must be observed.

“Being in crowded places or spending time in closed, unventilated spaces dramatically increases the risk of contracting the virus,” warned Ramaphosa. “For this reason, you must avoid indoor spaces wherever possible and open windows to limit the spread of the virus through the air.”

“Research has shown that the risk of transmission of the virus is almost twenty times higher indoors than in outdoor settings,” he said. Where possible, people should continue working from home, he added.

For those who test positive, Ramaphosa urged isolation. If this is not possible in the home, government-run Covid-19 isolation wards remain an option.

“If you must have interactions with friends and family do so outside,” Ramaphosa said. —Health-e News with SAnews.gov.za