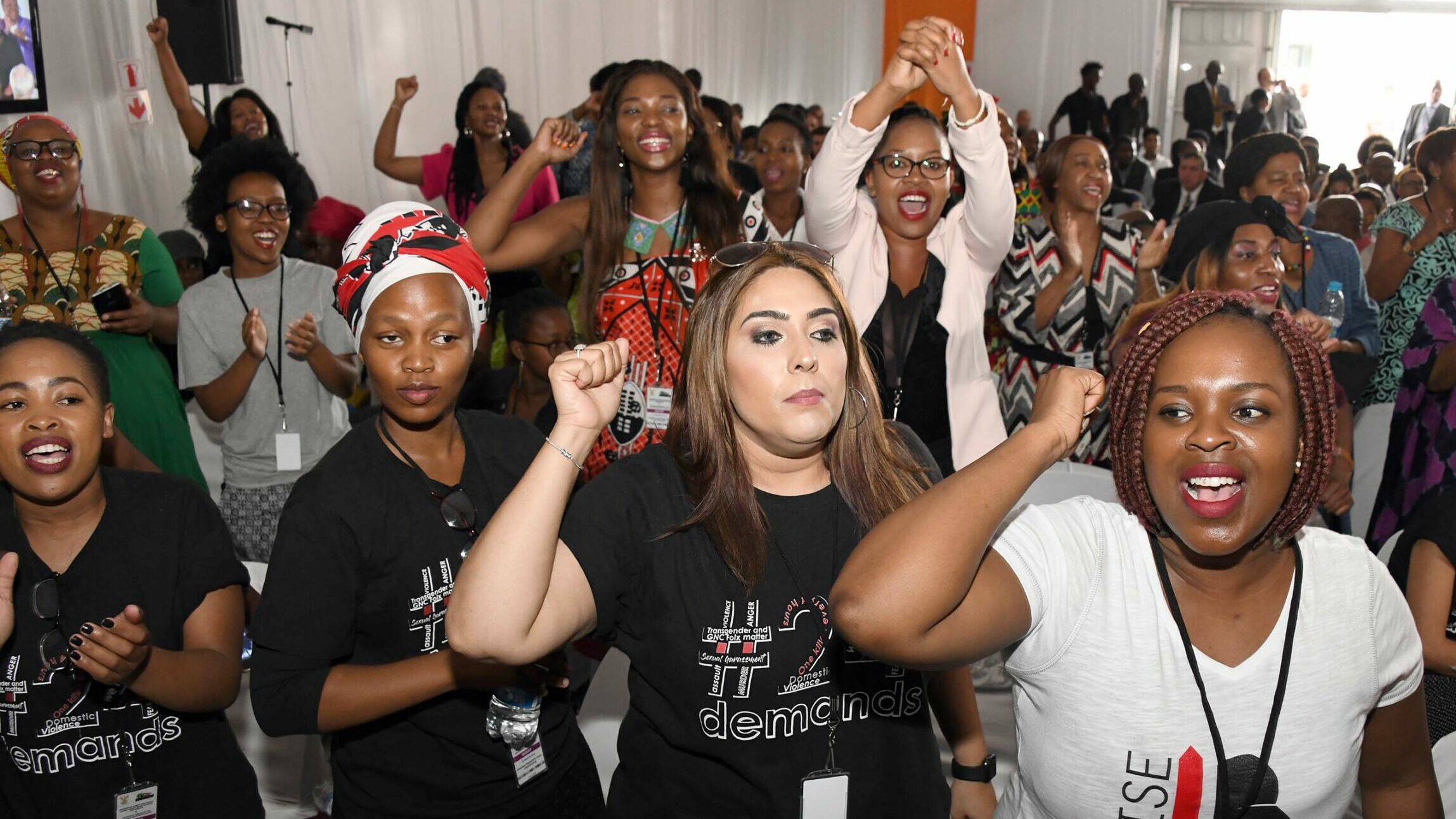 Private companies have pledged at least R70 million rand to launch a Gender-Based Violence response fund. Their pledge fulfils “promise made to the women and children of this country,” President Cyril Ramaphosa said.

“These contributions will make a great difference in the lives of many people. They reflect the true commitment of these valued partners to building a better society,” said Ramaphosa. “I want to thank the many partners who have come on board to assist us with its establishment, and the international Women’s Forum of South Africa for driving the process.”

The president said the contributions would help to bolster programmes to end GBV, and promised government accountability.

“Government departments will be held accountable for the work they do and for the resources that have been committed,” the president said. “I want to assure you, therefore, that before asking you to commit resources, we are committing our own.”

The launch today of the first phase of the Private Sector Gender-Based Violence and Femicide Response Fund fulfils a promise we made to the women and children of our country.https://t.co/S8G9rnZoiA

GBV is an economic issue

“Gender-based violence and femicide impacts us all and requires collective action,” Ramaphosa said during the virtual launch. “When millions of our citizens must live in fear from violence and even death simply because they are women or girls, as part of our soul as a people is lost.”

“Fighting GBV is a business imperative, it must be done [and] hence we support this noble effort,” said Black Business Council President Sandile Zungu. “We support the private sector effort at creating a fund to champion the course of women, we urge South African corporates to support the GBVF Response Fund with generous contributions, both financially and in kind.”

GBV should also be seen as an economic issue added Zungu.

“GBV is not just a matter for human rights, it is a major impediment to economic development,” said Zungu. “The giant economy that South Africa is, will never punch at his weight when its muscles are restrained by the scourge of GBV.”

Business Unity South Africa (BUSA) also welcomed private sector involvement. The group plans to work with its members and other stakeholders to support the fund.

“We need to look at GBV within the context of other gender-based injustices in our country and the world, including issues of equity for women and patriarchy that still persists, not just in South Africa but in the world,” said Cas Coovadia, CEO of BUSA.

Addressing #GenderBasedViolence & #Femicide is not a job of the @GovernmentZA alone, but requires a whole-of-society approach. @UNinSouthAfrica commits support for the implementation of the National Strategic Plan. #EnoughIsEnough #GBVFResponseFund1 https://t.co/kcxiUnSzhD

The Covid-19 pandemic forced the government to divert funds to the emergency response, impacting GBV programmes. However, the pandemic also brought socio-economic consequences that exacerbated GBV in the country.

The government’s GBV and femicide command centre reported more than 120,000 cases in the first few weeks of lockdown in 2020. The fund would help the government prioritise what the president has referred to as a second plague.

“We can increase our support to community-based organisations that are doing such valuable work in our villages, towns and cities and that rely on donor funding to survive,” Ramaphosa said. “Let us now focus on the task at hand and work together to realize a society that is free of gender-based violence, of femicide, and of violence in all its forms.”

Ramaphosa believes that more partners and funders will soon come on board and contribute towards the fund.

“This is just the beginning, and we are confident that the pledging process will continue into this year as more of our partners in the private sector and international philanthropies come on board,” said Ramaphosa.—Health-e News with SAnews.gov.za