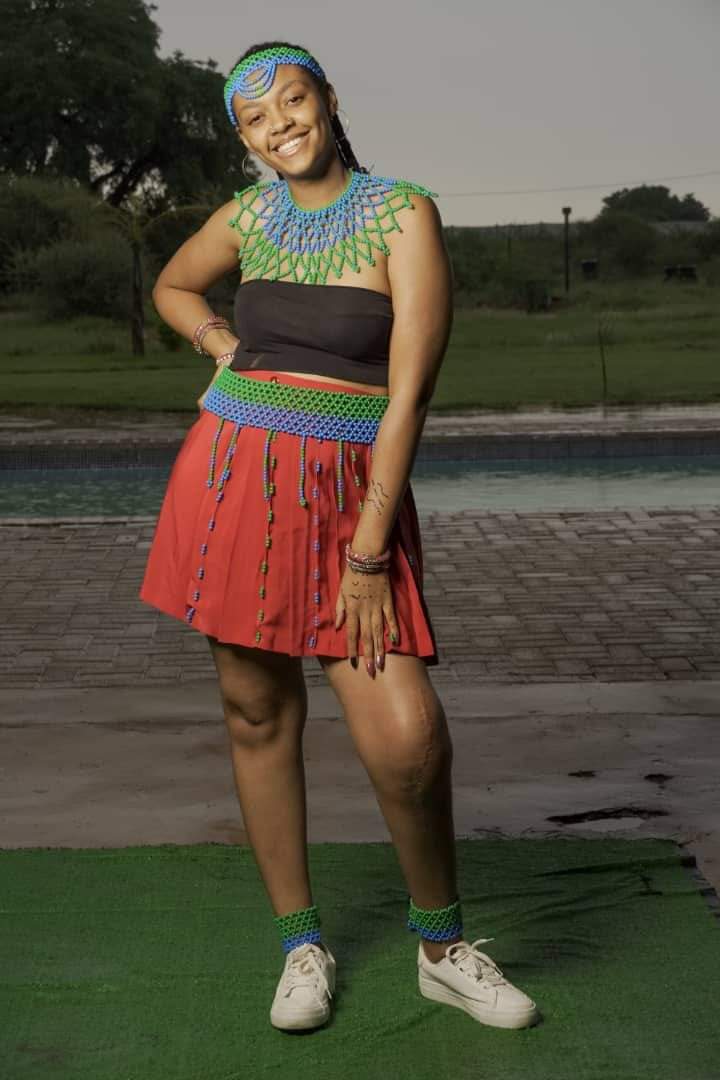 Cancer turned her life upside down as a teenager, but Charlene Nadine Motshegwe wants children to know they have the strength to beat this dreaded disease.

Each year, about 400 000 young people around the world are diagnosed with cancer.

One young cancer survivor has a message of encouragement and hope to all those who are currently fighting the dreaded disease.  On World Cancer Day, observed annually on 15 February, Charlene Nadine Motshegwe wants to remind young people that cancer can be beaten.

“When I was 16 years old a table fell on my left leg while at school and that is when my bone cancer symptoms began such as the pains, swelling, the lump and the loss of mobility. A CT scan led to me being diagnosed with a Giant Bone Tumour,” said Motshegwe.

Giant Bone Tumour is a cancer that affects long bones in the body such as the spine, leg, arms and hips.

Now 24, Motshegwe’s life changed during her teens when she discovered she had Giant Bone tumour cancer.

Thank you so much for your support in the past three years and this year we are doing it again. Last year we managed to feed 30 families of children with cancer, our 2021 target is 35 families.

Full of life as a teenager, Motshegwe was  living in Mochudu in Botswana. She decided then and there that cancer would not defeat her.

“Cancer changed my teenage life and in a very short space I changed from being an active, loud teenager to being a reserved immobile one,” Motshegwe said in an interview with Health-e News.

International Childhood Cancer Day is a global collaborative campaign to raise awareness about childhood cancer. The campaign expressed support for children and adolescents with cancer, the survivors and their families.

According to the World Health Organisation (WHO)  the most common types of childhood cancers including leukaemia, brain cancer, lymphomas and solid tumours, such as neuroblastoma and Wilms tumours.

Motshegwe was lucky to receive medical attention on time and and doctors removed the tumour from her leg. Just when she thought she had won the battle with cancer, though, doctors found four other cancerous tumours within three months of her surgery. She was forced to undergo cancer treatment once again.

“A 5kg tumour was removed from my leg and I was on treatment, thinking that I have finally won this battle with cancer but after three months other four tumours were again found,” she said.

“I have a very sad story that I wouldn’t wish on anyone, the pain, the struggle but I turned all those sleepless nights, all the doctors’ visits, all the hospital admissions and all those medications into a success story as I am now cancer free,” she said. 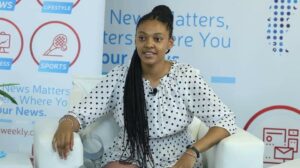 Nadine Motshegwe talking about surviving cancer as a child.

Children keep smiling through the pain

According to World Child Cancer, an organisation which support children with cancer and their families worldwide, of the estimated 300, 000 children who get cancer each year, 80 per cent live in low to middle income countries. These children have as little as 10 to 30 per cent chance of a cure, compared to 80 per cent or more in high income countries.

Despite now being cancer free and having to rely on the assistance of a crutches to move around, Motshegwe says she does not define herself as being a disabled. She continues to lead a normal life, something which she wishes all other childhood cancer survivors can do and not allow cancer to define their lives.

“I was not born disabled, but I was walking like anyone for 15 years of my life and never did I think I would ever need the assistance of a crutch to move around,” she said. “Cancer may have robbed me of my ability to walk properly but it has failed to take my strength and smile.”

Motshegwe, who underwent some of her cancer treatment in Pretoria, has since established a social media page to share her story. Known as the Diary of a Cancer Survivor, she she shares her journey with cancer with hope of instilling hope to those who might be battling cancer at the moment.

A student at Limkokwing University in Botswana, Motshegwe says she also helps to source food, blankets and old clothes for young people who are currently battling cancer.

“If I could do it twice you can do it. Never hang up your boxing gloves and fight till cancer sees that it cannot shake you. Cancer shall not define you. Cancer is not that strong, and you are way stronger than it,” she added.-Health-e News