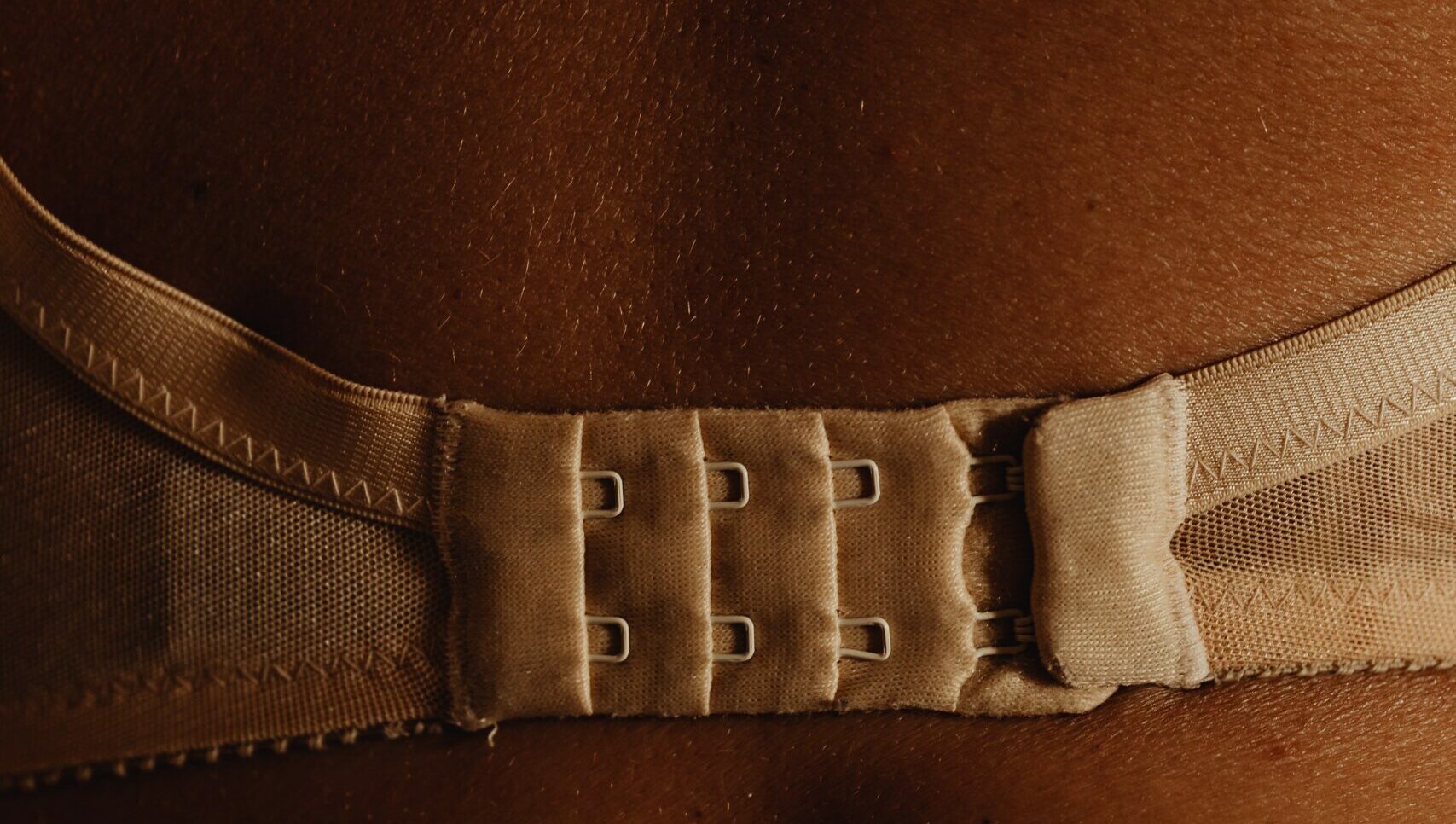 Large breasts are celebrated in a patriarchal society that objectifies women’s bodies. But, for these four women, having uncomfortably large breasts has caused painful and embarrassing situations throughout their lives.

“In high school, a male teacher joined in with a group of schoolgirls who were making fun of how big my boobs were. It was humiliating,” recalls Thelmay Wahl. Now, 67, Wahl has experienced a lifetime of physical and emotional pain.

Being mocked, whispered about, and stared at is an almost daily occurrence for women who have very big breasts.

Large breasts can be a result of weight gain, genetic inheritance, or conditions like gigantomastia, “a rare condition characterised by excessive breast growth,” according to the Genetic and Rare Diseases Information Centre. While the cause of gigantomastia has not been established, but many women first experience it during or after pregnancy.

Before having her first child at 19, Nelly Masilela wore a size 36-D bra. That all changed after giving birth in 2008, with the birth of her second child. Now a size 46-E, the Bethal resident is unable to work because she cannot stand for more than half an hour.

“After I had my second child at 29, that’s when the problems started because my boobs were getting heavy,” she said. “My spine has bent because of the weight of my breasts and I am in pain all the time in my back.”

Back issues are a common side effect of large breasts, due to what is literally a weight on one’s chest.

“Women tend to lean forward as a result of the extra mass, and this can cause scoliosis which is a curvature of the spine,” explained Dr Viwe Nogaga, a plastic surgeon based in Mthatha.

Unfortunately, shifting to a horizontal position does not always bring relief.

“Sometimes I’ll even sleep with my bra on because when I take it off, my breasts are so painful,” said Masilela.

The cost of breast reduction surgery

For some, the solution is surgery. The three-hour surgery is not complicated, according to Dr. Nogaga, but it is expensive at around R62,000 to R80,000.

The amount is unattainable for many South Africans, and even those with medical aid are forced to pay in thousands. The procedure is classified as cosmetic surgery and most schemes only cover the cost to a point.

“Breast reductions are covered under our Executive and Comprehensive plans,” clarifies Dr. Noluthando Nematswerani who is the Head of Clinical Policy at Discovery Health.

‘I wanted to be respected and felt that having big breasts might make the students view me in a sexual way,’

“But there is a rand limit of about R55,000, meaning that the remainder will be a co-payment,” she said.

Although Nematswerani says the medical aid scheme is constantly reviewing its policies, Dr. Carol-Ann Benn of the Helen Joseph Breast Care Clinic thinks that more can be done.

“I feel that breast reductions are functional surgery and maybe different gap cover options should exist. We need to start putting together a business plan to show it’s reasonable. The only way we fix it is by presenting the data and saying this is the requirement.”

Nogaga agreed: “People who are not involved in this don’t understand the trouble that these ladies are going through. If it were possible, I’d say the boss of every medical aid should adopt a patient with huge breasts for a week and speak to them, see how they suffer. One doesn’t need to be Einstein to know that this is a medical problem that should be covered by medical aid.”

In light of the financial constraints that prevent thousands from having the surgery, Nogaga has come to an agreement with the Eastern Cape Department of Health to perform some of the reductions for free.

“People are calling almost every day; there are lots of people out there who need this operation. There is a waiting list of more than 100 women, but at most I am able to do one surgery a week because of the theatre time I am given. Even if I did five a week it wouldn’t be enough. I have had to stop adding names to the list.”

More than 27,000 people interested in the surgery have joined The Breast Reduction Support South Africa group on Facebook. Participants often share advice on procedures, tips on how to lose weight, doctor recommendations, and post-operative pictures to encourage others.

For those who do wish to undergo the procedure, Benn says it is crucial to get their body mass index (BMI) under 30, and to ensure that there are no major medical co-morbidities that would impact on the safety of the surgery and result in significant complications. It is also important to stop smoking at least six weeks prior to the operation, adds Nogaga.

Zara Haynes* chose to reduce her size 32-G breasts when she was 22. Haynes wanted to end the unwanted attention she’d endured since her teens.

“I had finished my degree and was about to start work as a high school teacher. I wanted to be respected and felt that having big breasts might make the students view me in a sexual way,” she said.

Long before women with large breasts can make the decision to undergo surgery, they have to contend with the daily effort of finding an affordable and comfortable bra.

Sarit Shull’s current bra is a 34-I. But the Jo’burger says that her size changes according the brand she wears, the cut of the bra, the colour, “and whether the stars are in alignment,” she joked.

“The bra I’m wearing now doesn’t fit properly; it’s about a cup too small. I’m probably actually a 34-J, but I’m wearing a 34-I because it’s the biggest one the store had,” revealed the automation engineering student.

“The ones that come in my size are quite industrial-looking. And kind of granny-ish. You get beige, white… if you’re lucky you’ll find black. They’re usually plain or with some bizarre lace. And that’s it; you’ve got no other options. Whatever cut fits you is what you have. You don’t get to have any personal preferences because you take what you can find,” said Shull.

“It’s sad when I see all the cute sizes on the other side of the shop that are smaller and pretty and usually half or even a third of the price of mine,” said Shull, who typically forks out between R1,100 and R1,500 for a bra.

So, the 25-year-old has decided to have her own desirable undergarments custom-made.

“I’m actually in the middle of negotiating with someone to make me a custom corset. It’s going to cost me R4,500, but there aren’t many other options. I’ve even been looking at patterns online to learn how to make my own bras because the ones that size are practically unaffordable and there is such little stock.”

Janine Baum understands the desire of large-busted women to create a bra that is uniquely tailored to their body, but she is sceptical. Her Johannesburg-based bra boutique, Lingerie & Leisure, has been in the business for 35 years.

“In South Africa, the wires are not wide enough, and we don’t have the kind of fabrics that they have overseas,” Baum explained.

“The larger the cup, the more wire is needed. An I cup is around 20 centimetres, so often women try to get bras made here and it is a total flop.”

‘People often ask why my boobs are so big.’

According to Baum, one should not be aware of their bra while wearing it.

“It is quite a European thing to make the bra band as tight as possible with a huge cup, but this often results in an uncomfortable red outline, meaning that ladies should rather go up a band size and maybe down a cup.

“It is actually the straps that determine if the bra fits,” the shop-owner disclosed.

“Many women don’t lift the bra straps high enough which results in a hanging effect. Ideally, the bra should have a wider strap with a cushioning on the shoulder and the straps should be fairly close together on the back,” she said.

Whether women with large breasts wear the right bra or modest clothing, they are still subject to unwanted scrutiny, particularly in a patriarchal society. Despite wearing modest clothing for religious reasons, Shull is still subjected to crude behaviour from the opposite sex.

“Some men can be very forward and make inappropriate comments about my bust. I don’t generally wear tight-fitting clothing, so it’s not like I’m doing anything to overtly attract sexual attention. It’s very much unwarranted and unwelcome,” said Shull.

Even when not sexual, the remarks often hurtful and affect women’s confidence.

“People will gossip about me and refer to me as ‘Nelly, the one with the big boobs like a cow,’” Masilela shared.

“I don’t like going to places with lots of people, like functions or weddings. People often ask why my boobs are so big. I even find it hard to undress in front of my children’s father. Although he is used to my breasts, I feel embarrassed.”

The psychological impact can be immense, starting in childhood.