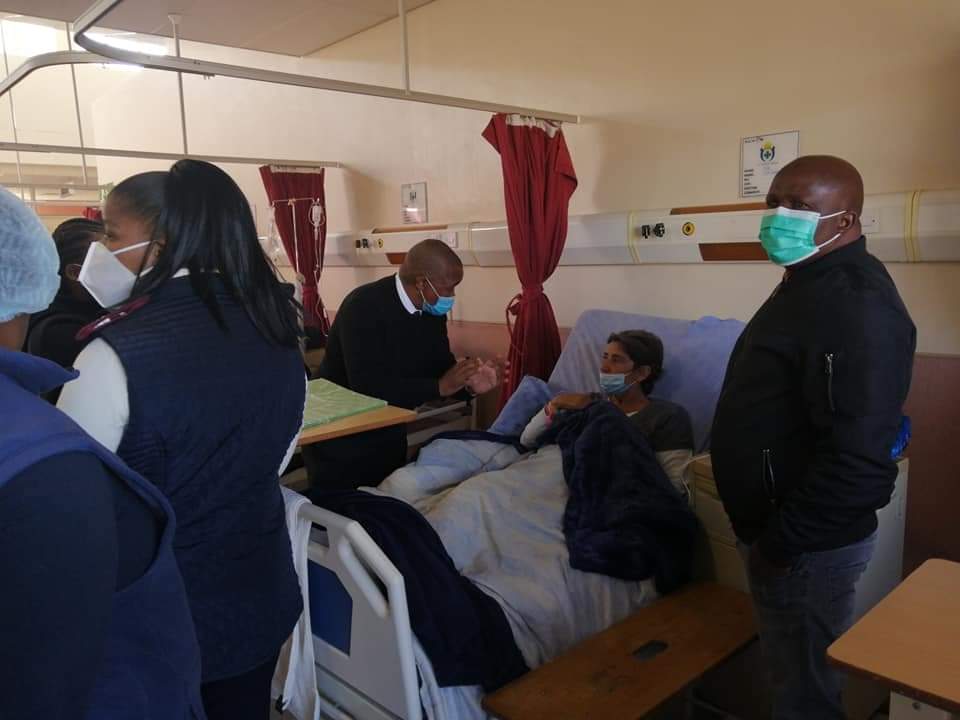 Due to a broken water boilers, nurses at Tshepong Hospital’s surgical ward are forced to boil water for patients so that they can bath. The health facility in Klerksdorp is also faced with a shortage of bed linen for patients.

As a result of service delivery issues, the provincial health department was placed under national administration in 2018 but the department continues to be marred by challenges at various health facilities across the province.

Following a patient complaint relating to a shortage of warm water and linen, Health MEC Madoda Sambatha was forced to visit Tshepong Hospital on Monday.

Speaking to Health-e News, provincial spokesperson Tebogo Lekgethwane confirmed the patient complaints and said procurement processes are underway to maintain some components of the water boilers.

“Upon visiting the hospital on Monday, the MEC found that indeed certain components of the water boilers are not working. Procurement processes are underway and there is an application for a closed bid to ensure that maintanance of the water boilers gets underway. MEC Sambatha is currently meeting with hospital management and various stakeholders to ensure that patients receive adequate care,” said Lekgethwane.

Beyond the call of duty

Provincial Secretary for the National Health and Allied Worker’s Union (Nehawu), Patrick Makhafane said it is unfortunate for workers to go beyond their call of duty in order to assist patients.

“The situation which has transpired at Tshepong Hospital is unfortunate because no worker should work outside their job description. This constitutes an unlawful intsruction according to labour practises. However, because our nurses are committed to their jobs, they are forced to go beyond their call of duty to assist those in need,” said Makhafane.

“When I was at Brits Hospital to deliver my baby there was a shortage of bed linen and maternity pads, but fortunately I had my own. After having my caesarian section, we were forced to clean the bathroom and toilet as if there are no cleaners. On the day of being discharged, I was told to clean my bed and take my linen to the laundry room,” said Abbas.

Health facilities across the province in limbo

“Patients are faced with shortage of beds at certain hospitals in the province. At George Shimankana Tabane Hospital in Bojanala some patients were even forced to sleep on the floor. At Ipeleng Clinic in Schweizer-Reneke patients sometimes go without warm water. There are no geysers and coal is still being used to warm up water,” said the Economic Freedom Fighters’ Betty Diale.

“At the Mogwase Clinic, patients are using worn out bedding that the local business community donated several years ago. While in Coleridge, nurses used torches on their rounds due to insufficient lighting in the facility,” added Diale

“Unlawful contracts awarded to cronies are delaying projects. In some cases, corrupt officials suspend provincial workers who try to prevent corruption, further delaying improvement. At one stage, a contractor was awarded a contract worth R900 million which is still being looked into. There is a high number of suspended senior officials within the department and some of these suspensions are just a form of political bullying,” said Edwards.