Home » COVID-19: Members of the public upset over restrictions on visiting patients in hospital 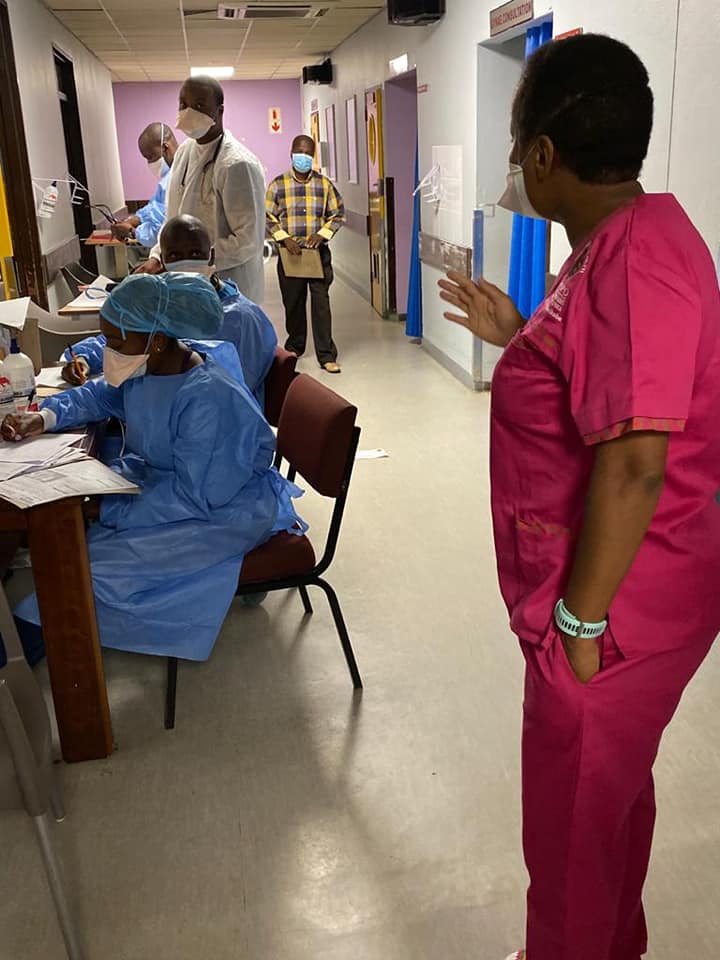 There have been allegations of racism related to the implementation of COVID-19-related restrictions on visiting patients in hospital.

COVID-19: Members of the public upset over restrictions on visiting patients in hospital

The COVID-19 pandemic has changed the way of life for South Africans in many ways. In March last year President Cyril Ramaphosa announced that government had declared a national state of disaster in terms of the Disaster Management Act. This resulted in strict lockdown regulations. The country was initially put under lockdown level five, which restricted the movement of people in the country, in a bid to stop the spread of the coronavirus.

In its messaging, government called for use of face masks to cover the nose and mouth, the regular washing of hands with soap for at least 20 seconds and or sanitizing them. South Africans were advised to social distance, avoid touching their eyes and faces frequently. They were also warned to stay away from places where too many people were gathered. South Africa is currently under lockdown level two, with a third wave of COVID-19 infections looming.

During the hard lockdown, hospital visits were suspended.  This made it hard for relatives to check on their loved ones admitted to public hospitals. But, the visitation restrictions were lifted when the country reopened slightly following the relaxation of lockdown regulations. Visiting regulations at public hospitals have since been amended in light of the ongoing pandemic.

Allegations of racism amid COVID-19 restrictions

But, the recent allegations of visitor racial profiling at General Justice Gizenga Mpanza Regional Hospital in Kwadukuza, KwaZulu-Natal have raised some eyebrows. Security officers stationed at the hospital entrance are reportedly not following the proper hospital visitors’ protocols. It is alleged they have been only allowing visitors of certain races and excluding others.

“If you are White or Indian, security officers allow you to pass by. But, if you are Black, you are told about COVID-19 rules. To me its sounds as if it is only us Black people who [potentially could contract and spread] has Coronavirus, not other ethnic groups,” explains Sbongile Nkambule who said security personnel at the Mpanza Hospital denied her entry when she wanted to visit her sick aunt.

Tshepo Mphahlele told Health-e News that White visitors were even allowed inside wards. “These people are not fair at all. When I was admitted in one of the wards at the hospital, we were in the same ward with a White man. During the day his wife would come-by to bring him some things. But, my siblings were told that they are not allowed to come and see me because of COVID-19.”

Other allegations against hospital security

Another concerned citizen Siphiwe Mathenjwa said: “The hospital’s security officers are heartless; they have no sympathy at all. How can you refuse a guy to pass-by even after he explained that he came to give the mother of his new born child and child some clothes and toiletries? Instead, they said a weak mother who gave birth through a caesarean should come to the gate to collect the stuff? I was very shocked and did not like what they did.”

In his response, the spokesperson for the KwaZulu-Natal Department of Health Ntokozo Maphisa said the department had no knowledge of discrimination by the security officers at the hospital.

Maphisa said they do not promote or condone such practices. He then explained that visiting hours had been amended since 29 May 2021.  He said only one visitor was allowed for a period of no longer than 30 minutes.

Maphisa further told Health-e News that communication of these changes was available at key areas of the public health facilities such as the notice boards and the entrances.

“Prior to the reintroduction of visiting times, relatives of patients were permitted to contact the facility regarding their loved ones’ health and to deliver clothing and toiletries in sealed marked bags,” he explained.

On the issue of visitors to maternity wards, Maphisa said new mothers and pregnant women were generally allowed one visitor at a time. He said security personnel can assist by bringing wheelchairs to women and directing or wheeling them to the relevant ward in the various public health facilities.

“Security personnel are not permitted to turn anyone away without first consulting a health professional. But, anyone who has experienced treatment that is not satisfactory at any of our facilities is urged to lodge a formal complaint with the Public Relations Officer, the CEO, or the Operational Manager in the case of a clinic,” concluded Maphisa. – Health-e News