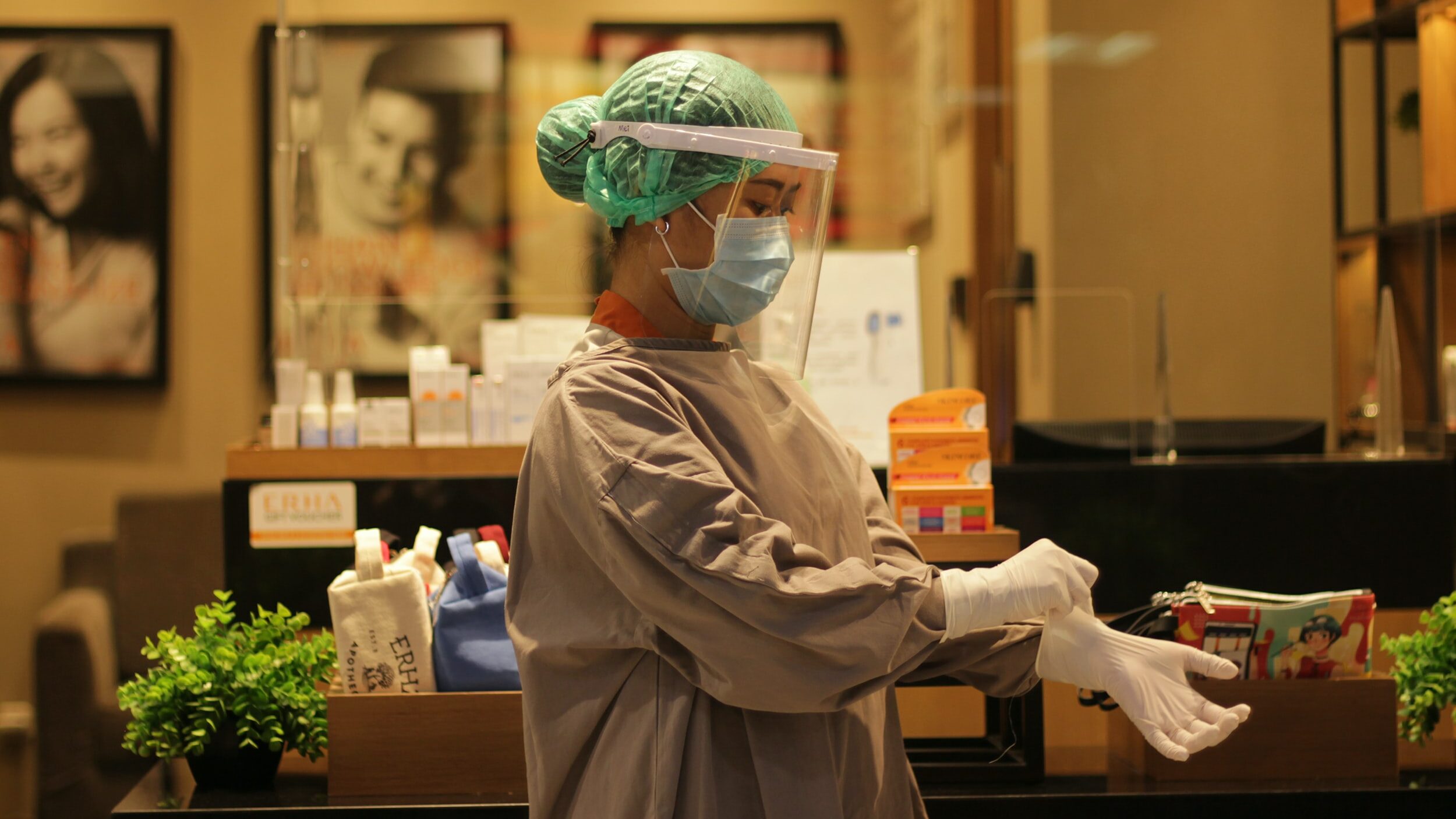 Gauteng province accounts for nearly 60% (59.3%) of all the daily reported COVID-19 cases in the country, making it the epicentre of the third wave of infections.

The public health system and private health sector in the province are under pressure with increased hospitalisations amid the third wave. Nearly 5 000 (4 678) people are currently hospitalised at the province’s private and public facilities for COVID-19-related complications.

The province’s coronavirus response plan was hampered by the slow vaccine rollout. There have been calls from some circles for stricter lockdown restrictions to ease the crisis.  On Wednesday (16 June 2021), the province reported over 7 859 new cases. Forecasts suggest that the number of infections will surpass those recorded during the second wave, which was previously reported as the most devastating wave.

“SAMA noticed with concern that there was a steep rise in positive cases in Gauteng, we still are not at the top, but we are going up with our cases. We actually picked it up from the general practitioners about a week or two ago, when they started saying they are seeing an increase in numbers,” said Coetzee.

The association believes the president should have implemented stricter measures around travel, schools, public transport, and large gatherings.

South Africa’s battle with the COVID-19 pandemic is happening on multiple fronts. Just as the country entered the third wave of infections, the national health minister was embroiled in a corruption scandal. Dr Zweli Mkhize was placed on special leave on 8 June 2021 while an investigation into the awarding of a multimillion rand health department Communications tender is under way.

On Thursday 10 June, the country officially entered the third wave when it recorded 9 149 new COVID-19 cases – which represents a 15.7% positivity testing rate. Gauteng, with the highest number of active cases in the country, reported 5597 new cases.

The Ministerial Advisory Committee defined the new wave 7-day moving average threshold as 30% of the peak incidence of the previous wave.  In his recent address to the nation, President Ramaphosa pointed to the 7,500 seven-day average recorded in the country. He also noted that COVID-19 hospital admissions over a 14-day period were 59% higher than the preceding 14 days.

“Private hospitals in the province have reported that they are near capacity. We have to act decisively and quickly to save lives,” Ramaphosa told the nation.

Government also faced backlash from the public for the slow pace of the country’s vaccine rollout which commenced on the 17 May 2021. By June 9 2021, about 1.1 million people had been vaccinated, including health care workers. More than 2.4 million people over the aged of 60 and older had registered on the electronic vaccination registration system (EVDS). In his address to the nation, the president said the country was affected by shortages in the global supply of vaccines, which hampered vaccination programmes across Africa and in many other low and middle income countries.

He also confirmed that two million Johnson & Johnson (J&J) doses would be destroyed because the United States regulator, the Food and Drug Administration, found that they were contaminated. The suspension of the use of those batches setback the national vaccination programme.

Despite the setbacks, the pace of vaccination has started to pick up with 80 000 people being vaccinated a day at over 570 sites in the public and private sector. About 2 million doses of the J&J vaccine are expected to be delivered at the end of June. Those doses will be used to vaccinate teachers and security personnel on the frontline.

The Gauteng province’s response to the increasing coronavirus infections took a knock when sections of Charlotte Maxeke Academic caught fire on 16 April 2021. Speaking to Health-e News, Gauteng Department of Infrastructure Development spokesperson, Bongiwe Gambu said they were working around the clock to get Charlotte Maxeke Hoospital back online as soon as possible.

“We have taken back the national health services unit and once the other areas are cleared, we will then get them back. Although we will not be able to issue a date just yet, the teams meet every morning and then they get to work,” said Gambu.

According to the update from the Gauteng Provincial Command Council on COVID-19 released on 4 June 2021, not all parts of the hospital were damaged as the fire was confined to Block 4 of the hospital, which houses the storage facility, kitchen, mortuary and multi-story parking bays.  The Provincial Command Council announced that all the necessary refurbishments in the oncology building were already completed.

“At the moment we are working around the clock, Monday to Sunday, the team that is between ourselves, Department of Health and the City of Johannesburg to make sure that we start, clearing the areas that can be cleared as soon as possible for us to then move on to the last part that needs to be repaired,” said Gambu.

Despite the rapid rise of positive cases in the province and the pressure on the provincial health facilities, Gauteng Health spokesperson Kwara Kekana told Health-e News that the province was more prepared for the third wave than it was for the first two waves.

“We have more beds than what we did in the first and second waves. Our facilities are feeling the pressure especially with PUIs in the West Rand and JHB district. The Gauteng Provincial government has prioritized the addition of permanent beds into the health system since the start of the pandemic,” said Kekana.

Kekana further said: “With significant infrastructure gains at facilities such as Bara, with new 300 bedded facility, 150 Bronkorspruit, over 170 Anglo Gold, these are the beds that previously never exist in the system. And Tshwane District Hospital was converted to a COVID-19 treating hospital. This is excluding the repurposing of new wards and beds in various facilities across the province.” – Health-e News