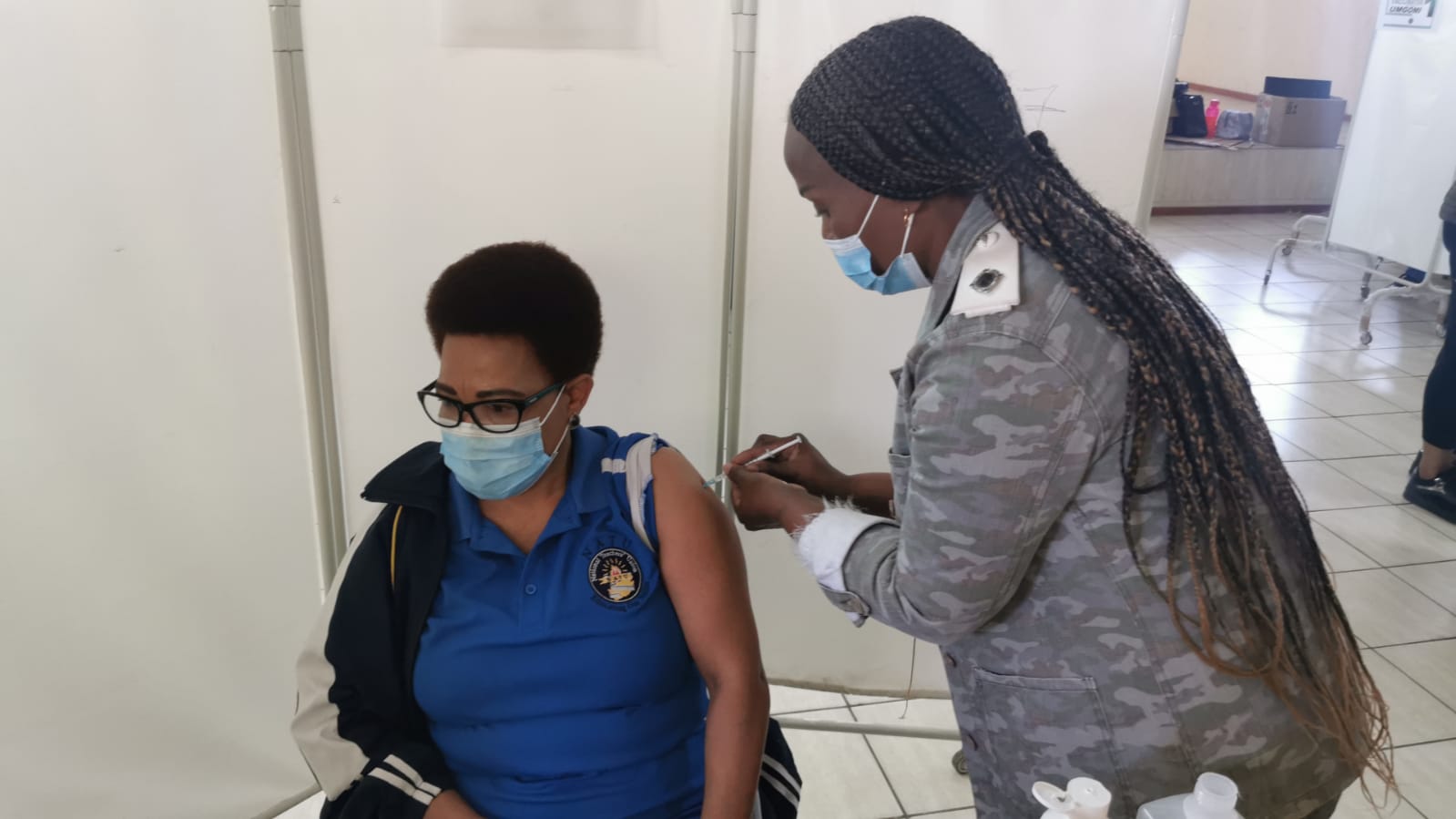 The COVID-19 vaccine rollout for teachers is still sparked with uncertainty. A combination of fake news, personal beliefs and health reasons have prevented many school staff from registering to be vaccinated.

Health-e News spoke to a few teachers in KwaZulu-Natal about what the jab means for them.

We encountered quite a mixed bag of responses in a province where 100 579 teachers have been vaccinated to date. The initial target was pencilled in at 127 000.

Nokuthula Kunene, a teacher at North Crest Primary School in Durban, received her vaccination at the Moses Mabhida People’s Park. She said COVID-19 had changed lives, left many children orphaned and a lot of people either had their salaries cut or lost their jobs.

Sibongile Mbonambi, from Kwazibonele Primary School in Eshowe, explained how the COVID-19 vaccination programme was a really good move.

“We have lost so many relatives and colleagues to COVID-19 so I was really looking forward to being vaccinated. Though, it’s not guaranteed that I won’t be infected, I am encouraging all teachers to get their shots,” said Mbonambi.

Siyamethemba Masondo*, a teacher at KwesakwaMthethwa outside Empangeni, confirmed she hasn’t been vaccinated and won’t be doing so anytime soon because she believes it should be a personal choice.

She said her school just informed the staff that vaccinations would take place on a certain date with no other information. “I believe everyone should make the choice for themselves without being influenced by anyone or anything,” Masondo added.

Kunene said she had a lot of mixed feelings at first because a lot was being said. But common sense kicked in and ignored all the opinions from people who “knew it all”, opting to rather follow the COVID-19 regulations.

Preparing teachers for their jabs

Mbonambi, who was vaccinated in Eshowe, said they received a letter from the department informing them of the dates and venue.

“They wanted our personal information. We were told to bring our medical aid cards, but it was clearly stated that no one would be forced to be vaccinated. I was so scared from everything I had seen on social media – if you believe everything they say online, you can die,” said Mbonambi.

She added that pre-counselling sessions lasting less than 10 minutes took place before she got the jab. This included vital information on the vaccine and explained that side effects could kick in like tiredness and headaches.

“I was so calm, in fact, I wanted to be number one in the queue and I’m really happy I took it,” she said.

Tossing and turning in build-up to vaccination day

Kunene explained how she struggled to sleep a week before being vaccinated.

“I remember tossing and turning with all the fake news people were spreading playing over and over in my mind. But I comforted myself with the fact that many healthcare workers had been vaccinated already so nothing was going to go wrong,” said Kunene.

Masondo, meanwhile, had fears of contracting the virus since so many teachers had rocked up at the various vaccination sites all at once.

“My concern is that someone can still get infected despite being vaccinated. So, we still have to maintain social distancing which makes me wonder – what is the point of being vaccinated?”

Health reasons played a role for Zama Gumede, a teacher at the Stholinhlanhla Primary School in Mzingazi, Richards Bay.

“Earlier this year, I experienced endless headaches and I was in and out of hospital. I heard that one of the side effects of the vaccine is a headache so I couldn’t risk it because I almost died,” Gumede explained.

She says her school principal communicated with all staff regarding registration for vaccinations and most of them have received their jabs.

“My principal is still on my case since I haven’t gone yet. I will not lie, I still have fear. A lot of negative things are being said about this vaccination and one does not know what to believe but I am planning to go even though I am not certain what will happen with me.”

Mbonambi who is ready to go back to school after getting her jab, encouraged teachers to follow suit: “Forget about the negative comments that are doing the rounds on social media. The very same people who are spreading this false information about the vaccine, I am telling you, they won’t tell you if they change their minds. Good people, I repeat, prevention is better than cure.”

The Department of Basic Education has applied for an extension to its vaccine rollout that was due to end on 8 July, after adding 200 000 more staff to the eligibility list, including early childhood development staff.  To date, it’s reached 400 000 of its 582 000 target.

According to the latest figures released by the NICD – National Institute for Communicable Diseases – KZN has 362 163 COVID-19 cases. The province has overtaken the North West in recent days in terms of new cases (third behind Gauteng and the Western Cape) and has the fourth highest amount of deaths. An average of 1 261 cases have been reported in the past seven days.– Health-e News