Home » Concern that Limpopo hospitals are a source of infection: COVID-19 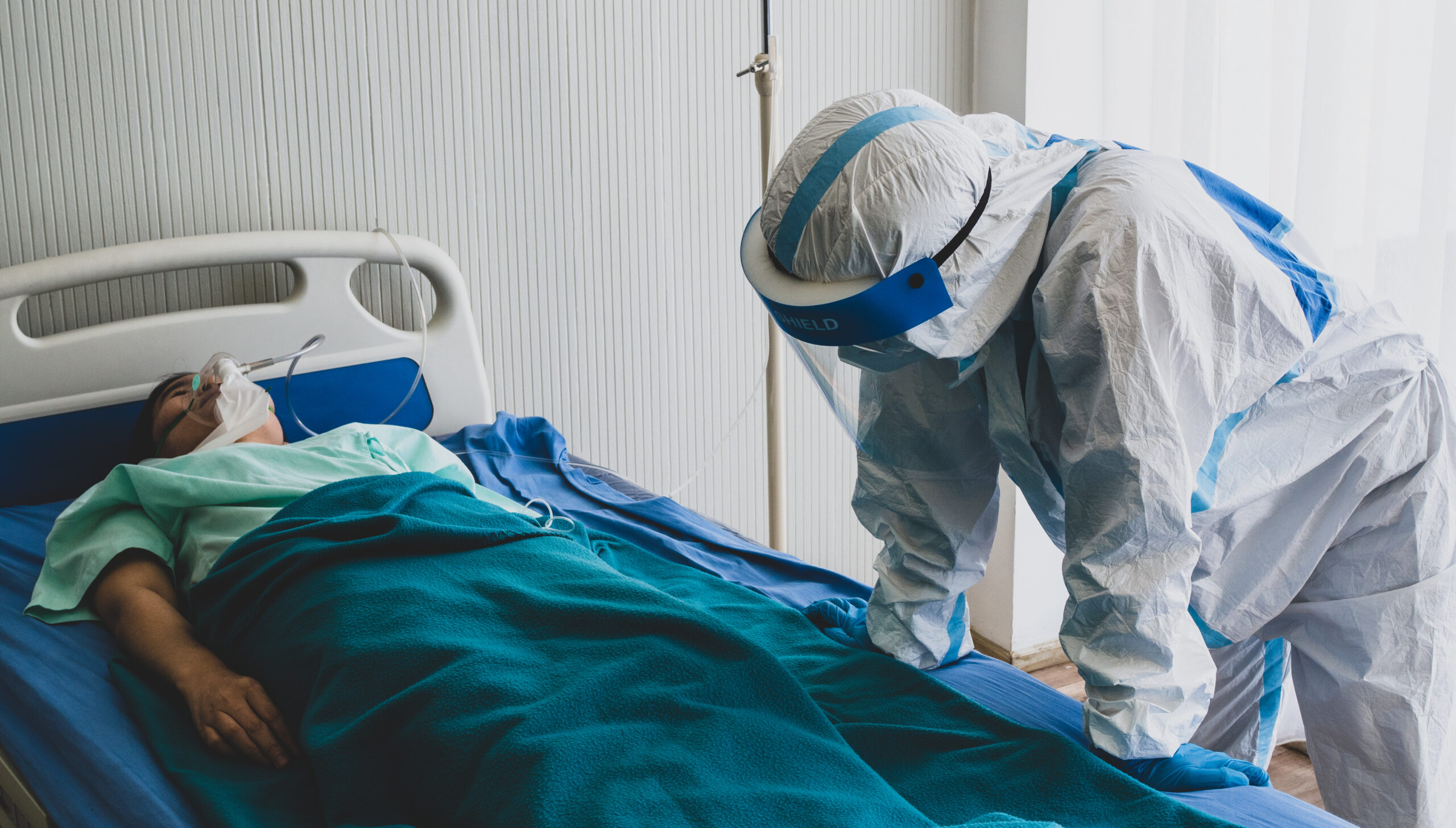 Gauteng could be weeks away from a fourth wave of COVID-19(Photo: Freepik)

Parties and gatherings have always been regarded as one of the main sources for COVID-19 infections. But with hospital admissions picking up at a rapid rate in Limpopo, it is believed that health facilities are doing considerable damage too.

Concern that Limpopo hospitals are a source of infection: COVID-19

President of the Young Nurses Indaba Trade Union (YNITU), Lerato Gova, paints a grim picture of what is happening inside hospitals in the province.

In addition to alarming numbers, it’s also been pointed out that healthcare workers are concerned about their working conditions, poor infrastructures and human resource shortages.

“Even before the pandemic, Limpopo was our worst-performing province in terms of health and the lack of resources and poor infrastructures have always been our areas of concern,” said Gova.

Gova explained how non-COVID-19 patients are becoming infected since the hospitals are treating those with and without the virus.

“Most of the times, these patients end up leaving infected with COVID-19,” she said.

Gova is also concerned about healthcare workers who are working surrounded by fear as cases continue to rise. She believes that hospitals have now become super-spreaders with parties no longer the primary source of infections.

“You are better off when at home rather than when you’re at the hospital because you’re bound to be sitting or sleeping next to a Covid-19 patient,” said Gova.

This makes life even harder for those working in the various wards.

Gova said that although Personal Protection Equipment (PPE) is available, only those working in COVID-19 wards have access to these protective measures.

“If you’re treating patients in the casualty ward, you don’t know who is positive or negative. They only allow those who work in COVID-19 units to wear the appropriate PPEs,” she explained.

Limpopo’s numbers continue to pick up with the province in third place as far as new infections go. And although public hospitals still have beds available according to the provincial health department, they are worried as numbers keep rising, and private facilities are taking major strain.

According to Thilivhali Muavha, spokesperson for Limpopo Health MEC Dr Phophi Ramathuba, the public health facilities are yet to succumb to the pressure as they still have beds available. But their private counterparts haven’t been as fortunate due to a sudden increase in COVID-19 patient admissions.

“So far we don’t have any problems, it is just that the numbers are rising which is a worrying thing,” he told Health-e News.

With bed availability not an immediate concern right now in the public sector, Muavha is wary as the third wave looms large.

“At one stage we recorded 380 cases and boom, within a short space of a week, we were at 1800 daily positive cases,” he added.

Last evening, the National Institute for Communicable Diseases (NICD) reported that 22 910 positive COVID-19 cases have been identified in South Africa. Gauteng still leads the pack with the highest number of new cases (11 747), followed by the Western Cape (2 557), with Limpopo hot on their heels with 2 124.

Muavha is particularly concerned about the Delta variant and high amount of young people becoming infected unlike the first and second waves.

“The difference is that when you look at the infection rate during the third wave, we are now seeing children between the age of 0-9 years who are infected and we believe that it is due to the Delta variant,” said Muavha.

While addressing a media briefing on COVID-19, last week, World Health Organization (WHO) Director-General, Dr Tedros Adhanom-Ghebreyesus, said that the Delta variant is very dangerous and is continuing to evolve and mutate, which requires constant evaluation and careful adjustment of the public health response.

“Delta has been detected in at least 98 countries and is spreading quickly in countries with low and high vaccination coverage. There are essentially two ways for countries to push back against new surges. Public health and social measures like strong surveillance, strategic testing, early case detection, isolation and clinical care remain critical,” said Adhanom-Ghebreyesus.

Muavha further said though they are worried about more young people being infected which has been highlighted by a huge drop in infections in those 60 and above.

He suggested that this drop could be attributed to the fact that this age group were among the first to have access to vaccinations.

While hospitals remain dangerous, Muavha still pinpoints parties as the main reason behind the spike in infections among young people.

“We are appealing to our people to continue to practice preventative measures such as the wearing of masks, hand washing and avoiding large gatherings, things young people don’t always like,” he added.

Speaking to Health-e News, under anonymity, a nurse doing duty at one of the public health facilities in Limpopo said that he is worried about the number of patients who continue to visit the clinic without wearing masks or practicing social distancing.

“We are working in fear as some of the patients continue to defy COVID-19 preventative measures when they come to the clinic to seek various medical assistance, putting our health at risk. This is why there has been a steady rise in infections because people don’t care about themselves and others”. – Health-e News