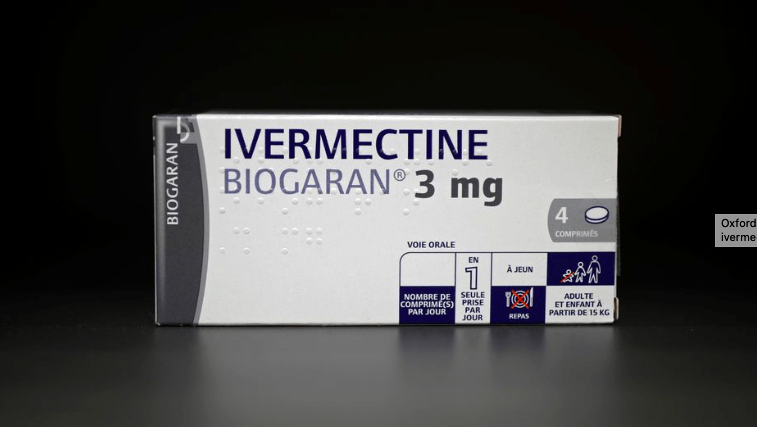 As the third wave continues to batter South Africa, and government’s vaccine rollout remains slow, many are turning to illicit sources to obtain ivermectin, which is popularly considered as a miracle cure, despite evidence to the contrary.

Trying to cope, many South Africans– out of desperation – are turning to ivermectin as a quick fix, which can be acquired from drug dealers and ordinary people, for about R100 a dose.

Ivermectin is rapidly growing in popularity as a COVID-19 cure or prevention, and is fast becoming part of the public discourse amid the current huge spike in infections and COVID-19-related deaths. The drug is referred to as “COVID pills” and is not only seen as a cure for the virus, but also taken as a preventative measure.

According to Drugs.com, ivermectin is used to treat infections in the body that are caused by certain parasites. The drug is currently being investigated as a treatment for SARS-CoV-2, the virus that causes COVID-19. The United States Food and Drug Administration has not approved ivermectin for use in treating or preventing COVID-19 in humans, while the World Health Organization does not recommend the use of ivermectin on patients with COVID-19, except in clinical trials.

However, many believe in its powers as COVID-19 drug. “A dose is two pills for R100. That’s all they need,” said *Anele Duna (35), who started selling ivermectin because she believes it helped her partner regain strength after testing positive for the virus earlier this year.

“Its effectiveness has been confirmed by my doctor, so I don’t see why other people can’t use it to build their immune systems. I’m not a dealer. I’m just making the pills accessible to people who don’t have doctors to prescribe it to them and those who want to help family members who are badly ill and can’t get a bed in hospital.”

Duna said most people who buy the ivermectin pills make the choice out of desperation for a positive result, not because they are certain of its efficacy, or even aware of its side effects.

“By the time someone gets to me, they are usually already out of options, or they don’t want to get to that point. Ivermectin may or may not work, we can admit to not knowing that for sure. But at this point, all of that is an afterthought to the fact that it is an option.”

Although ivermectin is commonly used to treat parasite infections in humans and animals, many people are looking to the pill in the hope that it can reduce the risk of hospitalisation and build up their immune systems to prevent infection. This as government’s vaccination drive has come under fire for being relatively slow to gain traction with authorities are still trying to hit their daily targets.

*Tshepo Moeng (25) said he first heard about ivermectin from his older cousin, who was getting it prescribed by her private doctor. Being a regular dagga smoker, Moeng said he started buying the pills from his dealer, who also started stocking the drug.

“I will probably buy the pills when I need them. That’s because when vaccinations aren’t being suspended, people are too scared to get vaccinated, or the roll out is just generally too slow. While we wait for our turn to get vaccinated, more and more people are getting infected and dying. More jobs are being lost and more businesses are shutting down. We might as well take the pills in the meantime and see where that gets us,” he said.

In a recent updated review of ivermectin, the South African Department of Health concluded that there isn’t enough evidence to recommend the use of the medication as a treatment for COVID-19.

“The use of ivermectin for COVID-19 does not suggest any clear benefits with respect to mortality, clinical improvement, or viral clearance. Much of the randomised clinical trial evidence consists of trials of low methodological quality, for the most part with small sample sizes and disparate interventions and controls, limiting the confidence in any conclusions with respect to ivermectin,” the review stated.

The results of the latest clinical trial, that was conducted in Argentina, were published in BMC Infectious Diseases on 2 July. The purpose was to determine whether ivermectin reduced hospitalisation in people with Covid-19.

The trial included 501 volunteers, with 250 randomly assigned to take ivermectin and the remaining 251 given a placebo. Fourteen people on the ivermectin arm of the trial were hospitalised, versus 21 on the placebo arm. This lead to the conclusion that ivermectin did not prove beneficial in this trial. – Health-e News