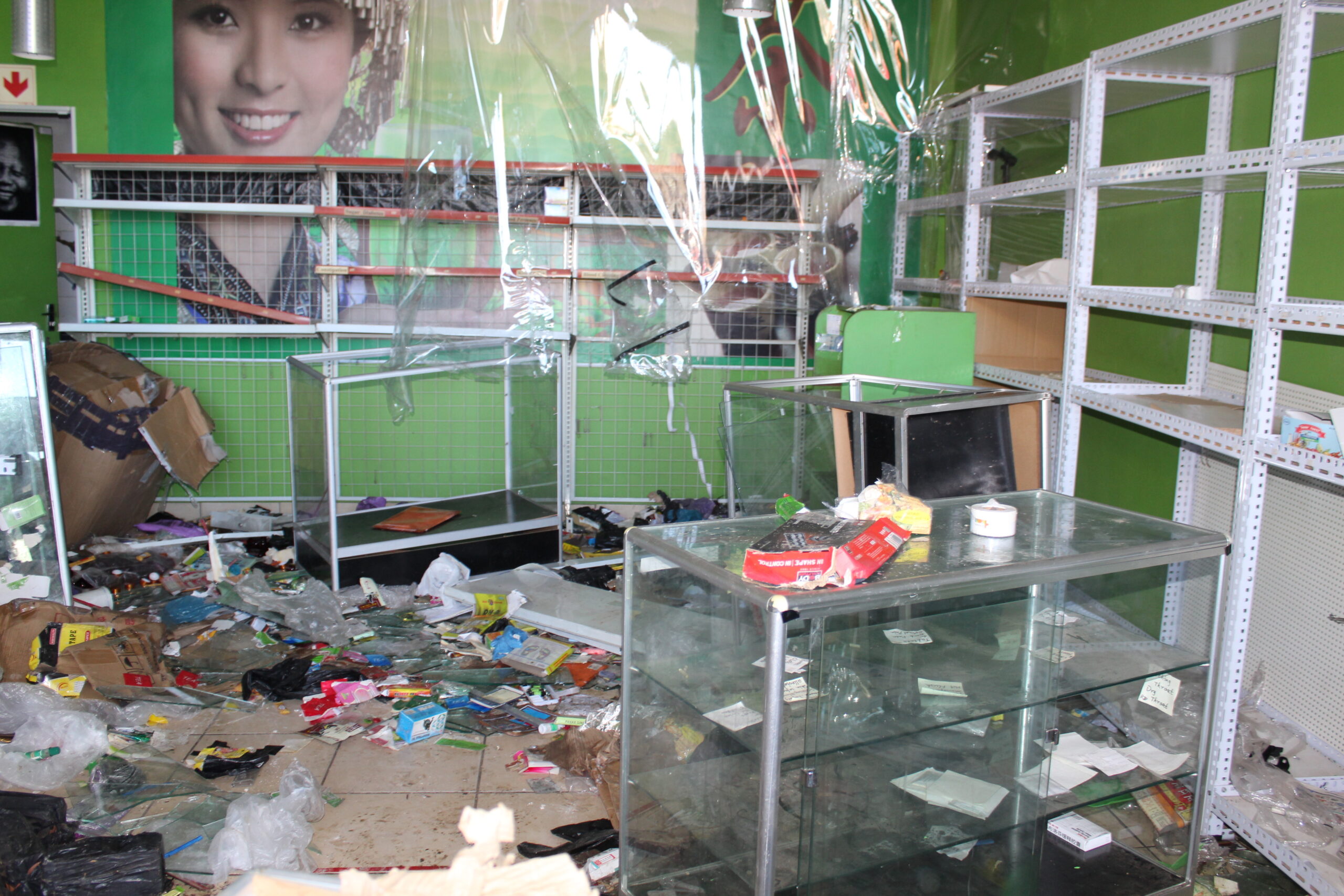 The ongoing violent protests in Gauteng has impacted the province’s healthcare services and has halted the vaccine roll-out as the country continues to try curb the spread of COVID-19.

At a health centre in Alexandra, a nurse who chose to remain anonymous told Health-e News the “chaos” following protests at the facility started on Monday morning, worsening through the week.

“We have been busy with more emergencies. Casualty has been full since the morning. A lot of the people who come in need immediate attention”, she said. With transport services affected, and many fearing for their safety, some staff stayed home. “A lot of the nurses could not come to work today. We have managed to stay open for the time being but staff members were missing”, she added.

At Orlando clinic in Soweto, that’s operating as a vaccination site, staff confirmed that the facility had to close due to the violent protests and vandalism to health facilities in the area.

Unjani Clinic in Protea Glen is another of several health facilities in  Johannesburg South that was forced to close, due to the looting and protests. As a result, community members are unable to access healthcare.

At Protea Glen Mall, pharmacy owners and private practice health workers were filled with despair as they surveyed the aftermath. Patient files, folders, medical supplies and equipment were left scattered and destroyed.

“I’m too emotional to speak. I’m furious. People had guns and were shooting at shop owners, forcing them to leave their shops last night. These people took everything”, he cried, thankful for escaping a ‘near death experience.’

A group of “men in black” carrying live ammunition stood outside the shattered pharmacy to salvage what was left of the building. According to Gola, ‘the police won’t respond because they don’t have the capacity.’

Adding to their pain, looters were cashing in on their gain. When Health-e News arrived on the scene, a man stood outside the gate, selling gloves, syringes, pill containers, and other medical supplies he looted from inside. He said he was willing to take any amount that people wanted to pay.

The toll on healthcare nationwide

On Tuesday, the National Department of Health announced that the violent protests have impacted the vaccination rollout and also disrupted access to essential healthcare services including collection of chronic medication by TB, HIV, diabetes and other patients in some districts and areas in both KwaZulu-Natal and Gauteng.

Pharmaceutical chains such as Dis-chem and Clicks announced on Monday that they will not be open for regular business or COVID-19 vaccines due to violence and shops being looted and set ablaze. Clicks has shut all 279 stores nationwide, including 106 vaccination sites, after 52 stores were damaged. 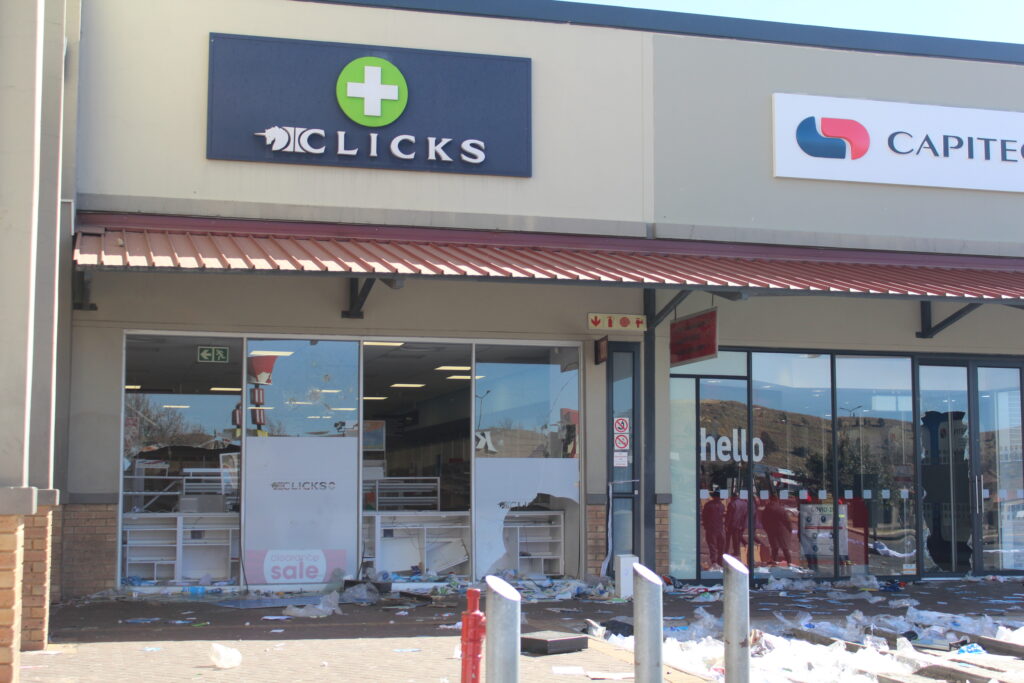 In his address to the nation on Monday, President Cyril Ramaphosa condemned the ongoing violence adding that this was affecting the healthcare services and that the vaccination program has once again been disrupted.

“Our vaccination programme has been severely disrupted just as it is gaining momentum. This will have lasting effects on our ability to consolidate some of the progress we were already witnessing in our economic recovery,” said Ramaphosa.

He also warned of impending medicine shortages if the violence is not curtailed. – Health-e News