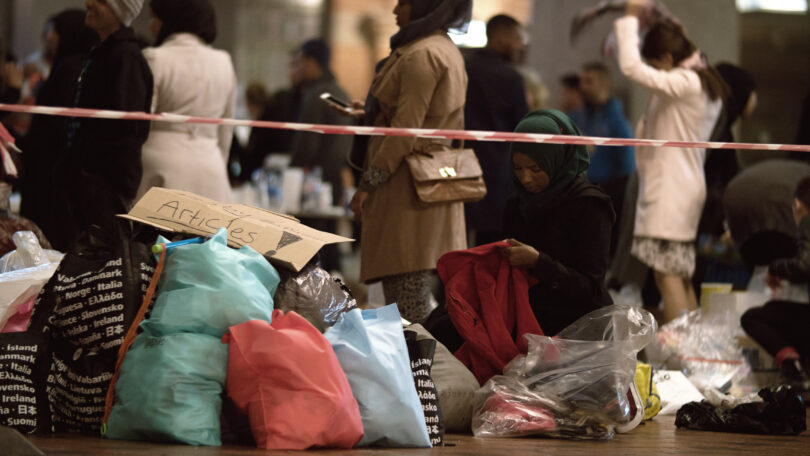 Many single female migrants came to South Africa in search of a better life and a COVID-19 vaccine. (Photo: Freepik)

A group of female migrants from Zimbabwe find themselves at the back of the COVID-19 vaccination queue in South Africa due to a lack of papers and the closure of several reception centers due to lockdown.

This has resulted in a number of people living in the country without any documentation. They also pose a threat to population immunity despite South Africa being praised for including migrants and asylum-seekers in the vaccine rollout earlier this year.

*Rose Mudiwa is a single mother of three boys who came to South Africa from Zimbabwe in 2014 in search of a better life.

“My travel permit expired in 2018. I wanted to wait until I get a job before I renew it so that I could try to get a work permit but they kept on telling me to come back a different day at the nearest Home Affairs office. I eventually gave up,” said Mudiwa.

She said she also tried to apply for her permit renewal online but her phone gave her problems trying to connect to the internet.

Mudiwa hopes the government can help her and others in the same boat.

“I pray the government will just let us get vaccinated because there are so many of us who don’t have papers. But, we have jobs and we are living with people who will be vaccinated. Some of us are helping at crèches, others are cleaning at schools and some work in town. If we can get easily infected, we can also easily spread the virus,” said Mudiwa.

Germaine Kalombo, Executive Director of the Voice of Africans for Change (VAC), claims the closure of reception centers since the beginning of lockdown has resulted in a higher number of undocumented people and asylum-seekers. This has led to the influx of migrants due to the backlog of expired permits and unissued passports.

“The renewal of visas and refugees permits have drastically been affected. In addition to the closure of reception centres, the documents that belong to refugees and asylum seekers are still not accepted in some institutions such as banks, although the Minister of Home Affairs has extended the stay of visitors multiple times. Banks usually still don’t proceed with their refugees clients,” explained Kalombo.

He said the exclusion of migrants from the COVID-19 vaccine rollout will have a negative impact on the country’s population immunity.

“A lot still has to be done to include the majority of refugees in the vaccine rollout. Refugees are not included by the health department to get vaccinated. There won’t be immunity unless everyone without exception is included in the process. We can’t be immune on one part and ignore the other, knowing that they share public transport, schools, and other public spaces,” he added.

VAC is a community-based organisation that advocates and promotes migrant and refugee rights in SA. During hard lockdown, the organisation was active in supporting migrants with food hampers since they were excluded from the government supplied food parcels. They continue to assist migrants in accessing the newly introduced online application system for refugees’ permits extensions.

Section27 of the Constitution of South Africa reads that, “everyone” is entitled to the right to access free primary health care services. Not just SA citizens, but everyone regardless of their citizenship.

The Uniform Patient Fee Schedule (UPFS), which has been developed to provide a simpler charging mechanism for public sector hospitals,  states that “refugees and undocumented migrants from Southern African Development Countries states who go to hospital in SA are entitled to be treated in the same way as SA citizens and to be tested to determine their ability to pay for services.”

The exclusion of migrants will ultimately result in a violation of their constitutional right to access healthcare in SA.

Kalombo said the delay in including migrants in the rollout has a crucial impact on the livlihoods of women-led homes.\

“Many migrant women from all over Africa get employed in informal jobs likes domestic work, cleaning, and waitressing. If being vaccinated becomes compulsory in a certain home or a certain company to gain access or to continue working on the basis of public safety for instance, more jobs and opportunities will be unavailable to them. This will lead them into deeper poverty,” said Kalombo.

*Patience Mbilu is a Zimbabwean who came to live in South Africa in 2014. Although in possession of a nursing qualification from her country, she has been working as a domestic worker since she arrived.

“I was unable to find a job with my qualification because I came into the country with no legal papers or passport. I was willing to do anything to make money to survive,” said Mbilu.

Mbilu is financially supporting her parents and extended family members who are living in Zimbabwe. She is concerned that not getting her jab could ultimately lead her to being homeless and jobless.

“There are many Zimbabweans and other Africans who are afraid that we will not be able to work or live here, or move around without getting vaccinated. But at the same time it’s scary because there are so many of us who don’t have the documentation to do so. My employer jokingly tells me to register sometimes. Because I live on his property, where there is a student accommodation as well, it scares me to think that I might lose my job because I am not vaccinated in time or at all,” she added.

‘Only safe if everyone is safe’

A common line of thought when it comes to COVID-19 vaccines states “nobody is safe until everyone is safe”. The meaning of these words is yet to translate in South Africa as migrants face an uphill battle.

Department of Health spokesperson, Foster Mohale, could not confirm when registration would open for migrants and remained tight-lipped on any details.

“We are finalising plans and will announce them in the near future,” he briefly stated. – Health-e News