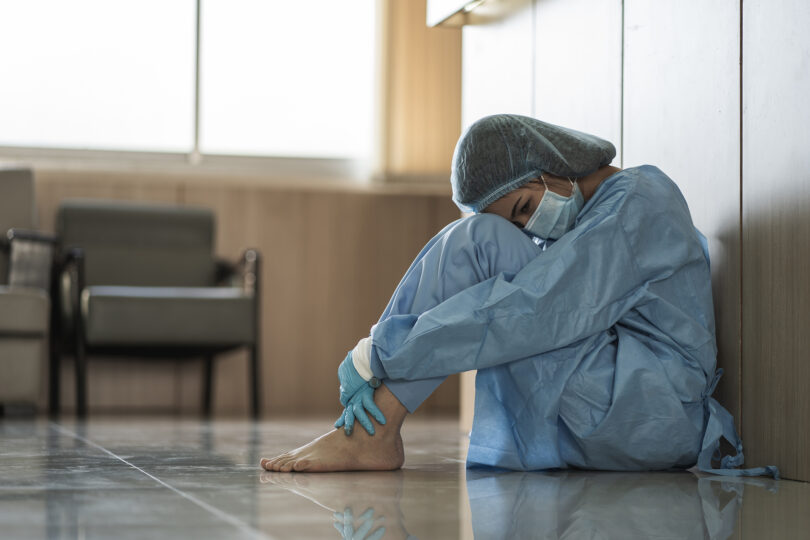 EC Health MEC revealed that staffing issues in the mental health division have worsened over the past two years. (Photo: Freepik)

Mental health institutions in the Eastern Cape remain severely understaffed in a time where mental health services and beds are most needed given the current COVID-19 situation in the province.

Recommendations made by the Health Ombudsman three years ago have fallen on deaf ears with several mental institutions on the verge of collapse due to staff shortages and the lack of proper maintenance.

The Eastern Cape health system is already under severe strain with the World Health Organisation (WHO) having stepped in last week to assist the provincial government in trying to curb the high COVID-19 death rate. By Wednesday last week, 11 August, just over 13 000 people had lost their lives to the virus.

The number of COVID-19 cases continues to rise in the Nelson Mandela Bay Metro. The city is dealing with more than 3 000 active cases. It is the most active hotspot in the Eastern Cape. Nelson M… https://t.co/djDSe38Hqd

Health MEC Nomakhosazana Meth revealed that staffing issues in the mental health division had worsened over the past two years.

She was responding to questions from DA Eastern Cape Health shadow MEC Jane Cowley who asked why the provincial government had nothing to address the psychiatric posts which remain unfilled with mental health disorders on a steep upward trend.

“There are only two psychiatrists employed in State hospitals in the Eastern Cape with one of these being an unfunded post. There are 13 psychiatrist nurses in the seven institutions that cater for mental health patients in the province. About 125 of these posts are unfunded and vacant, said Meth.

“Joe Gqabi and Alfred Nzo districts do not have a single bed for mental health patients. There are just 79 psychiatric staff members (including psychiatrists, operational managers, area managers and professional nurses) to cater for the 1421 mental health beds in the province. There are only 20 beds across the province for patients suffering from mental health disorders due to drug abuse,” said Meth.

Cowley said the situation was devastating in the face of the COVID-19 pandemic where many have suffered cognitive impairment and mental health strain while trying to cope with altered life circumstances.

She told Health-e News that mental health patients were being treated inhumanely and cruelly abandoned when they needed help the most.

The health shadow MEC  said there are now less mental healthcare beds in the province than there were in 2018 which is a sad indictment on the department’s 2019 Mental Health Infrastructure Strategic Plan which would have seen increased capacity across all districts by 2025.

‘I will write to MEC Meth urging her to implement the Health Strategic Infrastructure Plan so that mental health patients are able to receive the care they require. The ongoing failure to do so is further evidence that the health department is factually bankrupt and should be placed under administration before more citizens suffer from these systemic failures,”said Cowley.

Cowley added that the incidence of people suffering from mental health issues during COVID-19 has risen sharply and that beds for these patients were full.  She said drug abuse had also increased sharply in recent years, particularly amongst the youth.

She said a capable state should ensure that the most vulnerable citizens are catered for in institutions that are adequately equipped with human resources that allow them to live their best lives. – Health-e News