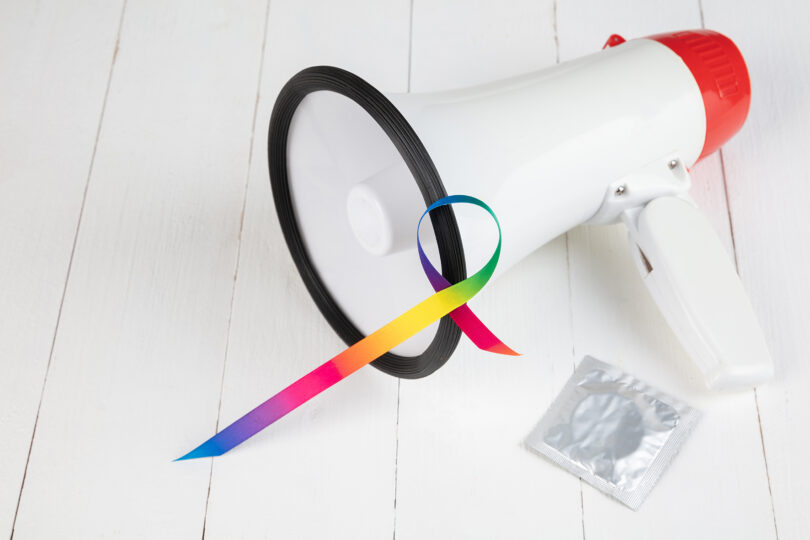 PPrEP should be considered part of a comprehensive prevention plan that includes condom use and other risk reduction methods. (Photo: Freepik)

The Free State government is holding roadshows to educate people about PrEP (pre-exposure prophylaxis) as a means to prevent HIV infection from sexual contact, especially HIV negative people at risk of contracting the virus from their partners.

Amid growing concern about the transmission of HIV through sexual relations between individuals, government and other stakeholders are holding roadshows to conduct testing and spread awareness about pre-exposure prophylaxis (PrEP).

The initiative is mainly aimed at HIV negative people, who are at risk of contracting the virus from their partners, to alert them that they should take the antiretroviral medicine after possible exposure for a period of 28 days to prevent infection.

PrEP, usually taken in pill form (oral PrEP), is administered to people without HIV who are at risk of being exposed to HIV through sexual contact or injection drug use.

Bloemfontein-based non-governmental organisation Free State Rainbow Seeds (FSRS), which has experience in working with the LGBTIQ community, is working to educate and test people so they can be encouraged to take the drug.

The organisation’s Thabiso Mosotoane told Health-e News that PrEP plays an important role in saving relationships which could be endangered by the virus.

“PrEP should be considered part of a comprehensive prevention plan that includes a discussion about the adherence to PrEP, condom use, the risk other sexually transmitted infections (STIs) and other risk reduction methods.”

Since the signing of a memorandum of understanding between FSRS and the Free State Health Department, more than 5 000 individuals have been attended to at healthcare facilities in province in terms of receiving PrEP. “We pride ourselves on our dedication to advocacy and education. Today, many people, including LGBTIQ community members, are on PrEP in the Free State,” said Mosotoane.

The HIV infection rate is reportedly high in the Free State, and Botshabelo – largest township in the province – seeing a prevalence of risky sexual behaviour. It has been reported that in one out of every six households, four people are living with HIV, and at least two are having unprotected sex with two or more partners.

According to the FSRS, ideally PrEP should be prescribed by a doctor and taken under medical supervision, due to several key factors that must be considered before taking the medication. Importantly, individuals need to be tested for HIV to ensure they are not infected before taking PrEP.

Although #PrEP is a highly effective way to prevent HIV infection, there continue to be substantial gaps in its availability.

In 2020, the total number of people using PrEP was just 28% of the target of 3 million in low- and middle-income countries.#EndInequalitiesEndAIDS

“Tests for sexually transmitted infections, kidney function, hepatitis B and hepatitis C are also recommended. Healthcare providers may need to ask you additional questions about your sexual behaviour and sexual partners before prescribing PrEP. For PrEP to work well, it’s important to take the pills regularly, as directed by your doctor. An occasional forgotten dose will not make PrEP ineffective. But for people who cannot adhere to their treatment and miss pills regularly, PrEP may not work,” said FSRS.

“While taking PrEP, regular clinic appointments are needed to check for side effects and to repeat HIV testing, as well as for advice and support.”

While oral PrEP is effective for men, it is recommended that women use PrEP vaginal rings. Currently, PrEP tablets and PrEP vaginal rings are approved for use. Which PrEP option is available and more suitable for you depends on where you live, who you are and the way you want to use PrEP.

According to Dr Lintlenyane, PrEP is not a cure for the HIV, but another protection measure that helps a person to not get infected.

“It’s usually recommended that emtricitabine/tenofovir disoproxil fumarate (Truvada) be taken every day as PrEP. This maintains protective levels of the drugs in the body. When taken daily, it works for men and women, cisgender and transgender, heterosexual and gay.”

He added that people can take daily PrEP for a short period of time when you know that you might be at increased risk of HIV infection, like when going on holiday. For gay and bisexual men, there is also an alternative approach for using emtricitabine/tenofovir disoproxil fumarate as PrEP, called event-based dosing or on-demand PrEP. This entails taking PrEP around the time of having sex. This may be more suitable for men who usually know in advance when they will have sex and when they might come into contact with HIV.

“If you have sex for several days in a row, you need to continue taking a single dose every 24 hours until two days after your last sexual contact. Research shows that PrEP is highly effective in preventing the sexual transmission of HIV, but this requires the drugs to be taken before and after sex. It works for men and women, cisgender, transgender, heterosexual and gay. While PrEP can prevent HIV, it does not prevent other sexually transmitted infections or pregnancy,” said Lintlenyane.

Not recommended for vaginal sex

Event-based dosing is not recommended for those at risk of acquiring HIV through vaginal sex. This is because there isn’t enough data on this approach in terms of maintaining protective levels of drugs in vaginal tissues.

HIV positive activist Thabo Mafata told Health-e News that people with HIV could continue having regular sexual intercourse with their partners, without fear that their partners would become infected if they use the drug.

“The way one can understand this medication is by comparing it to antimalarial tablets, taken to prevent malaria when travelling other countries. If the person taking PrEP is exposed to HIV, the drugs will stop the virus from entering their cells and replicating. It prevents HIV from establishing itself and stops the person from acquiring the virus.”

Government is calling on the public to learn and teach others about PrEP. Free State Department of Health spokesperson Mondli Mvambi said: “We are urging our people to learn about the drug and see how it can help them. We know that even during this time of the COVID-19 pandemic we are trying to balance our work to provide help for people with various illnesses.”

However, there are concerns that with the country’s rising unemployment rate, as well as increasing food prices, people could default on taking PrEP due to financial constraints that impair their ability to travel to healthcare facilities. – Health-e News