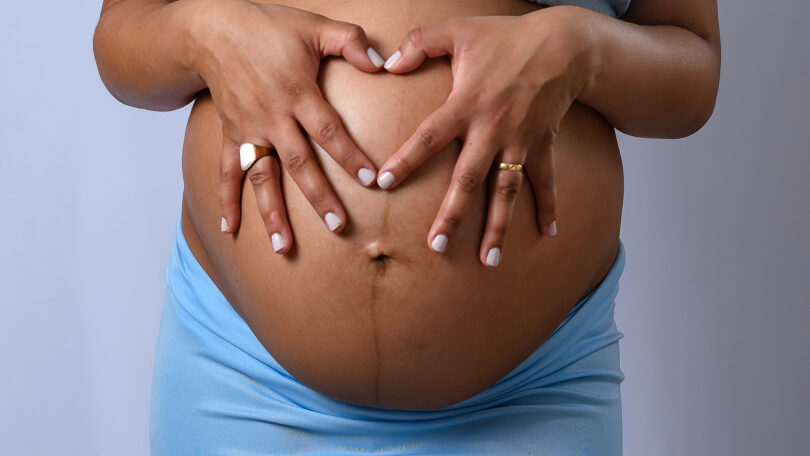 According to the CDC, pregnant women are at an increased risk of getting severe COVID-19 symptoms. (Photo: Freepik)

Doctors have confirmed that it is safe for both a mother and unborn child to get COVID-19 vaccines due to shared antibodies during pregnancy and beyond through breastmilk.

Data showing the safety and effectiveness of vaccination during pregnancy is growing and has plenty of long-term benefits for both mom and baby.

Kristal Duncan-Williams, from Cape Town, took us through her two pregnancies during the pandemic and what drove her to get the jab while pregnant with her second child during the first trimester. She is currently leading a project called Youth Capital, which is an advocacy campaign project working with youth and policymakers to reduce the rates of unemployment in the country.

Getting married in December 2019, just before the global COVID-19 outbreak, Duncan-Williams said she could never have imagined how different her experience was going to be from everything she had pictured as a first-time mom.

“Nothing was possible: shopping for baby clothes and the baby room, going to doctor’s appointments with my husband, having a baby shower, having family and friends feel my bump. I couldn’t do any of these things with the virus yet to reach its peak in 2020,” said Duncan-Williams.

According to the Centers for Disease Control and Prevention (CDC), pregnant women are at an increased risk of contracting COVID-19 and experiencing severe symptoms compared to women who aren’t pregnant.

The Centers for Disease Control and Prevention is doubling down on its recommendation that pregnant women get the COVID-19 vaccine, following new data underscoring its safety and effectiveness throughout pregnancy. https://t.co/mQzUAHWReZ

Duncan-Williams said that one of their biggest fears was to come home with the virus as parents of a newborn and putting their family at risk.

“We couldn’t let family and friends see her for the first few weeks when she was home. Soon after, everyone had to wear masks when they were around her, and we just had to take it slow. As a healthcare worker, my husband also goes out often and works from the office, so making sure we were vaccinated was important,” explained Duncan-Williams.

According to the ‘Second update of the advisory on reccomendations on COVID-19 vaccination in pregnancy‘, more than 60 000 pregnant women have been egistered on the US/CDC V-safe Registry Monitoring System. Animal studies using the Moderna, Pfizer-Biotech and J&J/Janssen COVID-19 vaccines before or during pregnancy, found no safety concerns.

“The Moderna and Pfizer-Biotech vaccines are mRNA vaccines that do not contain a live virus. Additionally, mRNA vaccines do not interact with a person’s DNA or cause genetic changes, as it does not enter the nucleus of the cell. The J&J vaccine is a viral vector vaccine using a modified version of a vector. Thus far, no adverse pregnancy outcomes have been reported when the same viral vector was used in other vaccines and administered to pregnant women in all trimesters of pregnancy,” read the memo as published on the national department of health’s SA coronavirus website.

There is currently no evidence that suggests that the COVID-19 vaccine is harmful to pregnant women or women who still want to have children.

Duncan-Williams is now pregnant with her second child and will do whatever it takes to keep him safe.

“I sat in the observation section for 15 minutes after the vaccine. I was actually answering work emails and everything was fine. I went and did some grocery shopping because the vaccination center was near to the shop. Later in the day, my arm became very sore. I couldn’t even change gears in the car. So that was the one thing but I had no other symptoms other than that,” said Duncan-Williams

She is due to receive her second COVID-19 vaccine in September.

“If we’re both vaccinated, my husband and I, we can protect our baby on the way and at home. I know that pouring antibodies into my unborn is safe for him in this way. We don’t know how long they’re going to keep the antibodies for after birth because there aren’t studies on that yet. But even if he just has it for the first two or three months when he will be most vulnerable, I don’t see a problem. That’s a big driver for me. Creating a protective bubble around our kids,” added Duncan-Williams.

The authors concluded that COVID-19 mRNA vaccines generated robust humoral immunity in pregnant and lactating women with immunity similar to that observed in non-pregnant women. Vaccine-induced immune responses were significantly greater than the response to natural infection. Immune transfer to neonates occurred via the placenta and breastmilk. Adverse effects evaluated in this study included the risks of preterm birth, rates of pre-eclampsia and growth restriction. There were no cases of pre-eclampsia or growth restriction in women receiving the vaccine during pregnancy. One case of preterm birth was reported.

Duncan-Williams noted that being on a medical aid afforded her family the privilege of accessing resources and services which isn’t the case in SA’s public health systems. The huge gap between private and public is obvious.

“All my questions were answered by my doctors when I went in for consultations. We were tested immediately when we arrived and taken to the delivery rooms. My husband was able to be there with me and support me. There were a lot of things that I realise many moms were not able to do because of the restrictions and quality of healthcare they received,” said Duncan-Williams.

She said that in her view, a lot of the vaccine hesitancy in SA is mostly due to the poor communication on the part of the government.

“I think because registration requires being online, a lot of people are left out. It’s great for us middle-class people who have devices and network coverage and money for data. But that’s not the reality for the vast majority of South Africans. And so why are we not using community radio stations more? I think we really need to do a better job of giving information to people that they can understand,” she said.

The Colleges of Medicine of South Africa (CMSA) advised that more information is shared in pubic spaces and by healthcare workers in the public healthcare sector.

“These discussions should include the lack of safety data for pregnancy and breastfeeding women, the strong immune response conferred to mothers following vaccination, the benefits of immune transfer and that there are no known risks associated with other non-live vaccines given in pregnancy.” – Health-e News