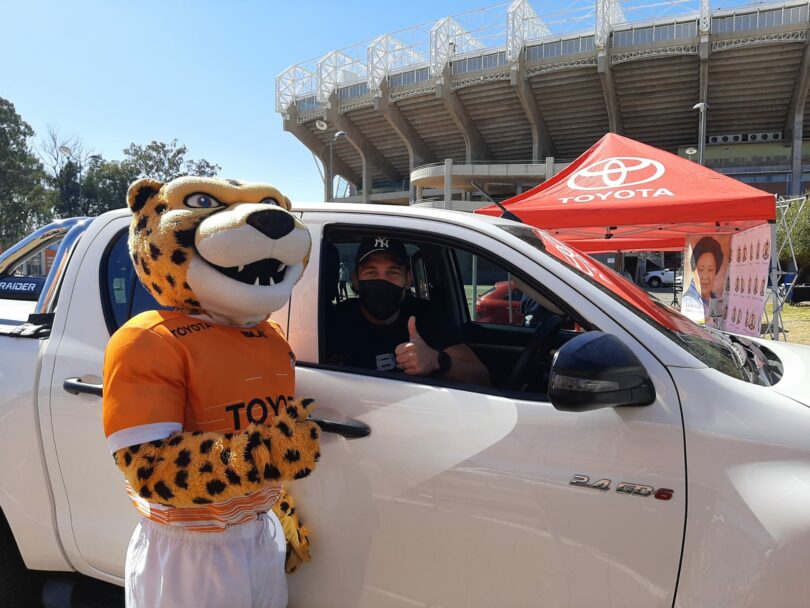 The Cheetahs rugby team is urging fans to get vaccinated so that stadiums can once again be filled to capacity. (Photo: Twitter - Toyota Cheetahs)

Leading by example, the Toyota Free State Cheetahs rugby team recently got vaccinated against COVID-19 and is now encouraging their supporters to do the same so that they can attend games at stadiums again.

Ever since being vaccinated against COVID-19, the Toyota Free State Cheetahs rugby team has been on a pro-vaccine drive, with players urging their supporters to also get the jab so that they can attend live matches at stadiums.

The team is also encouraging players from other sporting codes to get vaccinated as part of a campaign to reopen stadiums to fans. Among them is flyhalf Brandon Thomson, who told Health-e News that he is delighted about being vaccinated recently.

“Come and get your jab. It takes 15 minutes and you don’t even need to leave your car. Sportsmen like the Toyota Cheetahs would not be able to travel freely and play overseas if we were not fully vaccinated. Likewise, supporters will not be allowed in our stadiums unless they get the shot,” he said.

The 25-year-old former Junior Springbok is the latest player to pen a deal with the Toyota Cheetahs that will run until the end of October 2022.

“The quicker people are vaccinated, the quicker the country can get back to normal. The players are looking forward to getting back to the good old days when our stadiums were packed with spectators. They have been in a bubble for long enough. Please support us in this quest like you have always supported our team.” 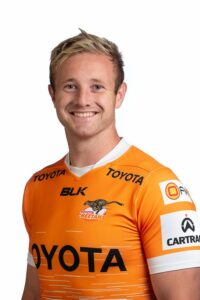 Thomson is part of the Toyota Free State Cheetahs entourage that is in partnering with the Free State Government to encourage the public to get vaccinated. He highlighted the importance of getting the jab in light of the number of people who have succumbed to the virus.

“The first priority of the team was to get vaccinated to take the strain off the healthcare system during this pandemic. It is our responsibility as the citizens to ensure that we take this opportunity to be on the safe side rather than waiting until it’s too late,” he added.

Thomson lauded the efforts of the provincial government to turn the Free State Stadium into a drive-thru vaccination centre. “We have partnered with the government to ensure that larger numbers of rugby supporters take up this opportunity. They can come during tea breaks and lunch breaks and be vaccinated. The entire team did it and we want to see the same being done by the people who look up to us.”

He explains how COVID-19 changed his life as a sportsman: “All the sportsmen and women can attest that since the outbreak of the pandemic, it has not been nice to play without spectators. This has lowered the morale of many players, including myself. I’m hoping that our supporters get vaccinated so that they can return to the stadiums.”

Thomson is positive that the drive-thru vaccination site at the stadium will ultimately help to encourage people to get vaccinated, but said the campaign needs to be extended to other sporting codes.

“We miss our old lives and we want to go back to normalcy and that requires all of us to get vaccinated. This should be rolled out across the country and include other sporting codes like soccer and cricket,” said Thomson.

He joined the Toyota Cheetahs in January, following a stint with the Glasgow Warriors where he played 20 games for the Scottish team from 2017 to 2021. He previously played for the University of Stellenbosch, Western Province and the Stormers before heading to Scotland. – Health-e News