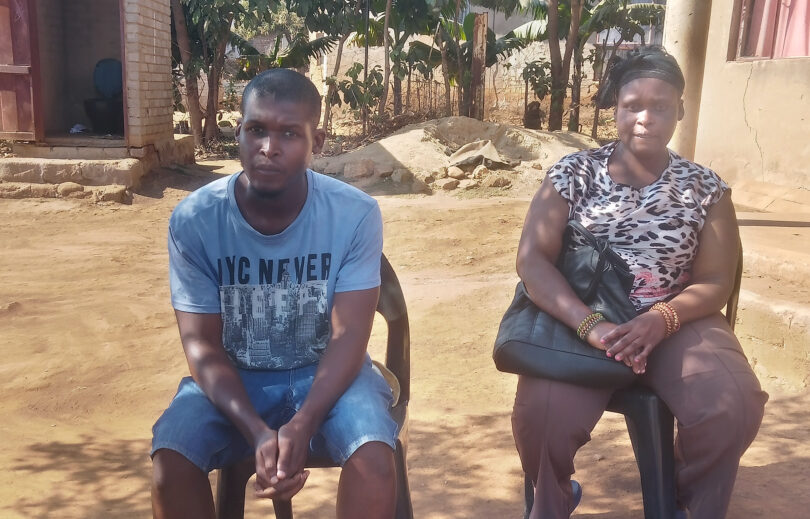 Masie Moagi lives with his aunt and grandmother and wishes to pursue a career as an artist. (Photo: Supplied)

Living with epilepsy: Artist forced to put aspirations on ice

Living with epilepsy has proved tough for an aspiring artist who has had to put all his dreams and hopes on hold as learns to cope with the debilitating effects of his condition.

According to Epilepsy South Africa (Epilepsy SA), epilepsy affects 1 in every 100 people in South Africa which equates to at least half a million based on a total population of 52 million.

Masie Moagi is one of these individuals who experienced seizures at a young age.

“The seizures started early, I can’t remember at what age but they won’t severe. I was in primary school. They would come and go and then disappear for a long time. I thought my troubles were over,” he recalled.

Moagi, who has since struggled to secure employment after matriculating two years ago, explained how the seizures returned later in high school while completing Grade 10.

Learning to live with seizures

“They’d happen sometimes twice a month. My confidence and social life took a knock; I started hanging out with my friends leff often not knowing when the seizures would strike. It affected my life badly,” he said.

The 22-year-old, who lives with his unemployed aunt and grandmother, is desperate to secure employment to improve his family’s standard of living. At present, they all rely on his granny’s pension.

He has had a few narrow escapes due to his seizures.

“I once had a seizure while busy with a construction job. I was on the scaffoldings and felt something coming so I managed to somehow climb down. As my feet touched the ground, I had a seizure but luckily my aunt was around to help me,” said Moagi.

Moagi dreams of making a living using his creative flair but other than living with epilepsy, he’s had to delay studying any further due to financial constraints.

“I would like to be a painter; I love drawing pictures of people or whatever comes to mind. I think there is a lot to learn about drawing which can assist me in perfecting my art,” he added.

His mother, Rosina Moagi, said he might have inherited the condition from his father’ side.

“I was told that there was someone from his father’s family that was epileptic. I think it could be coming from that side. It’s hard to see him struggle like this. He’s very good at taking his medication but the seizures can strike at any time. As a parent, it’s extremely difficult to see your child going through this,” said his mom who lives with his stepdad.

Recalling our heritage is a light that guides us into the future.The neurological condition of epilepsy does not discriminate,it cuts across society. We embrace the diversity in the rainbow nation&pride ourselves in our outreach programmes which reach out to all our communities pic.twitter.com/0c6bmgaZz7

Moagi’s aunt, Florah Moagi described how his condition has affected the entire family.

“I can’t leave him alone nor go look for work because I don’t know when the seizures will strike. I once left him alone with my 70-year-old mother to go buy bread, but when I returned, my mother was screaming hysterically because he was having a seizure. We were terrified, his conditions takes a toll on all of us,” she said.

Florah added: “We tried to apply for a grant for him but it was turned down. According to the doctor who examined him, he didn’t qualify for one.”

However, in terms of accessing grants, SASSA (South African Social Security Agency) spokesperson, Norman Kutama, says the family can reapply or lodge a complaint with the agency.

“If a beneficiary was deemed not eligible, they can go back after three months to make a booking for an assessment to be re-examined by the doctor. Also note that beneficiaries can make these bookings online by visiting the SASSA website. If unsuccessful, beneficiaries are allowed to appeal the doctor’s decision and officials are available to help with this process,” said Kutuma.

According to Epilepsy SA, people with epilepsy should have access to social security in terms of disability grants, healthcare and the maintenance of a healthy lifestyle.

The national organisation is the only one in the country offering specialised and comprehensive services to persons with and affected by epilepsy. Epilepy SA confirmed that there 50 million people with epilepsy worldwide and that 75% of people living with epilepsy, will have experienced their first seizure before the age of 20. Up to 80% of these people will be able to control their seizures with medicaiton.

Since 2004, SUDEP (Sudden Unexpected Death in Epilepsy) has increased by more than 100% in South Africa. – Health-e News