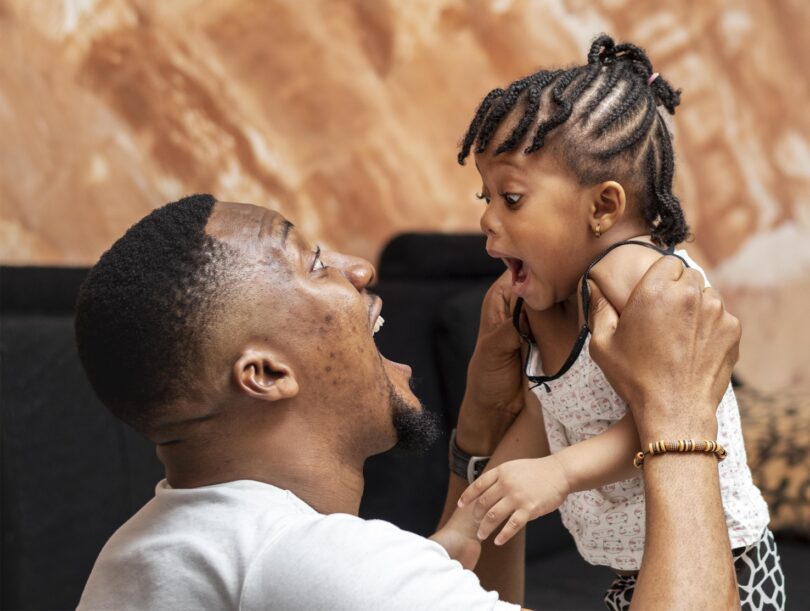 The findings were published as a joint project between Sonke Gender Justice, the Human Sciences Research Council and Stellenbosch University. It linked the mental health of fathers to adverse effects on maternal and child health and development. This makes the promotion of paternal mental health crucial.

“Fathers’ mental health has been linked to adverse effects including negative socio-emotional, cognitive, physical, and behavioral outcomes in children. Despite this knowledge, the importance of promoting fathers’ mental health is not widely or fully acknowledged and is seldom researched in South Africa and other parts of Africa,” stated the report.

The SOSAF 2021 report is the second edition on fatherhood in the country. And like the first report, the core value that permeates SOSAF 2021 is that of men who embody care. South Africa’s high rates of poverty (56%) and unemployment (33%) undermine men’s involvement in families, both materially and psychologically.

“We are not aware of routine screening of fathers’ mental health before or after the birth of the child in South Africa. Men’s anxiety about becoming fathers is similarly neglected. Where mental health interventions for fathers are available, it is not always possible to tell how well they engage with these services,” states the report, published every three years.

“This situation makes psychiatric disorders or simple emotional or mental health issues among fathers difficult to detect and manage.”

Almost half, 48% of the fathers in the study, indicated feeling down, depressed, or hopeless six months prior to being interviewed, while 45% said they lacked motivation. Forty percent said they experience little interest or pleasure in doing things. Only 14% said they hadn’t experienced any mental health issues.

Father-child engagement is generally high but is consistently higher among men in the two highest socio-economic brackets. It states that of all 854 participants who are biological fathers, only 2% had not engaged in any of the activities listed in the survey.

“Promoting fathers’ mental health is important for the health and well-being of their partners and that of their children as well. Raising awareness about mental health of fathers is critical because the cost of mental health disorders is likely to be substantial. The depression or anxiety in either parent may lead to couple conflict and poorer child and parent outcomes. Fathers who are mentally healthy are more likely to be more involved with their children and supportive to their partners,” states the report.

“The SOSAF 2021 survey findings confirm previously highlighted class differences in how men engage and interact with their children as well as the frequency of such interactions. Men who are poor and unemployed are, therefore, less likely to participate actively in their children’s lives.”

“This is not to say that they do not desire to be present and nurturing fathers. But, rather that they will prioritize financial provision over other aspects of fatherhood. Poor, unemployed fathers have to contend with shame for not being able to provide material resources. This also undermines other non-economic forms of fathering.”

The study further stated that: “It is critical to address the complexities that determine whether fathers are connected or not in order to promote father involvement. Fathers’ connections and disconnections should not be regarded as determined by father-child residential status. While some fathers may live with their children, they might not have connections in terms of accessibility, engagement, and availability. On the other hand, those fathers who do not co-reside with their children may be involved.”

Mandisa Malinga, one of the researchers, said most fathers face many barriers in order to be actively engaged with their children.

“Class does quite significantly inform the ways in which men are able to participate and engage with their children. But of course, this does not mean that poor men do not want to present in their children lives. Some of them must engage in migrant labour; travelling far from their families and their children. And therefore, not being able to do the nurturing and caring work that we speak of,” said Malinga.

The Sonke Gender Justice 2021 report was first published in 2018. Its vision is “to facilitate increased public engagement and social change in how to perceive men as fathers, and fatherhood, in SA”. – Health-e News