Home » Shelters for GBV victims running out of options 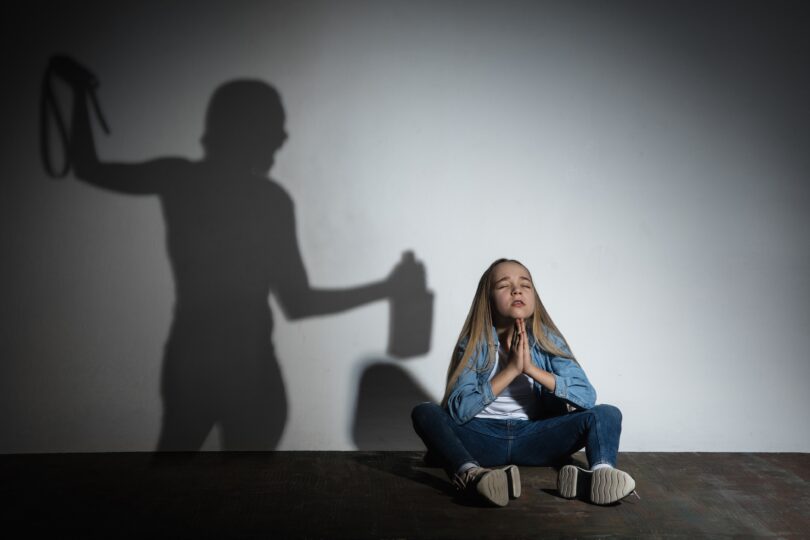 In 2020, the National Shelter Movement (NSM) reported that shelters put in place to protect women and children who have survived GBV are functioning at a limited capacity due to the delayed payments of funds from the Department of Social Development (DSD).

There has been little improvement since.

The 2021 Shelter Indaba hosted by the National Shelter Movement (NSM) early this month, explored the reality of the three-tiered shelter system in SA. The event took place ahead of the 16 Days of Activism for No Violence Against Women and Children campaign which kicks off today (25 November 2021).

“It is also our experience, corroborated by the evidence, that there are not enough shelters for victims of GBV. Those that are available are severely under-funded and under-supported. This is especially disturbing when one considers that violence against women and children remains one of the most pervasive human rights abuses in SA. Yet, not enough emphasis is given to supporting these shelters that survivors escape to,” noted the NSM.

NSM is the umbrella body that represents over 100 shelters for survivors of abuse all over SA. It offers an united voice on sheltering for abused women and their children.

Ramapulane, affectionately known as ‘Brown’ Lekekela, opened his home up for survivors of gender-based violence (GBV) in his community in 2013.  This safe space became known as the Green Door.

After working as a volunteer counselor at the Dieplsloot Police Station in 2011, Ramapulane noticed that many women’s efforts to report a crime ended up on the street because many of them did not make it to the police station safely.

“When interviewing survivors at the station, I found that many incidents were influenced by alcohol abuse and women would change their minds about reporting an abusive partner when sober in the mornings. Some women did not make it because they were attacked by the perpetrator or other criminals on the way. I opened Green Door because I wanted a place that could be within the community, where women could go,” said Lekekela.

#16DaysofActivism2021 16 Days of ‘’Activism against gender based violence’ is an opportunity to raise awareness and to ensure that the community know there is support available to them. #16days pic.twitter.com/A4Hyop6Qzs

Green Door currently has two bedrooms, one bathroom and one kitchen area for the survivors.

“I don’t have room to keep survivors here for a long term stay. When a survivor requires a longer stay, I refer her to a shelter called iKhaya Lethemba. Here they can stay for up to six months, depending on the case,” said Ramapulane.

Ramapulane said that he opened his home up because helping women and children, who are survivors of GBV, is his passion.

He conducts workshops and activity sessions to educate members of the community about different forms of GBV. The aim is to help men unlearn the cultural behaviors that contribute to the violence.

“The lack of funding affects us a lot because we can’t do anything. We don’t get any financial support from the government or DSD. Even after various attempts to apply, we have received no assistance. We rely on funders from oversees like the USA and other members of the public.  That is how we manage to pay for food to eat, for the petrol to travel to the police station and attend court cases. When some women come here, they aren’t wearing masks and I don’t have extra masks for them, which exposes them and myself and family,” said Ramapulane.

He said that he will continue reaching out to donors and people willing to help the shelter support women and their children. He plans to continue renovating the house to make more space for women to stay there.

“I have children who were forgotten in shebeens, left in hospitals, brought in by scared mothers because of abuse at home and some who just couldn’t cope anymore. We also have severe abuse cases of children that are brought in by social services,” explained Susan Harris.

Harris has been running the Village Safe Haven foster care facility, together with her husband, for 16 years.

The Village Safe Haven is a group foster care facility for children who are living without their parents and those living in abusive and neglectful environments.

“Violence affects children’s development and their well-being. Some come here and are completely withdrawn and scared. I had a child that hid away every time a certain car pulled over at the gate. The first time it happened, I just saw him running and we couldn’t find him for almost a whole day. We later discovered that the child mistook the person who got out of the car for the same person who abused him so badly.”

The foster care facility was home to fifteen children, aged 1 to 16, at the time of Health-e News’ visit. Harris and her husband became voluntarily involved through the church and within three months, they were permanently running the facility.

Getting to root of problem

“The trauma of abuse in children translates into instances of violence. Other children start physically abusing other children when they arrive. All of them get mentoring, and where necessary, they get counseling. Getting to the root of what the children have experienced and what they remember, and following that with love and care, has the ability to break the cycle of abuse,” she said.

Harris relies on foster care grants and donations from churches and members of the public to operate the facility.

“We don’t get grants for all our children. It becomes a challenge when it comes to paying for their medical and health needs. Electricity also costs thousands of Rands. In some schools, we have an agreement of paying a reduced amount of school fees. We try to make sure that we send them to school in uniform and stationery that keeps them on par with their peers. We crowd fund to make little celebrations for their birthdays. ”

Harris claimed that there is “not nearly enough” shelters that take women and children.

“There seems to be a huge need for women with children. I get calls on a daily basis for space for mothers and children. The unfortunate thing is that, very often, that the mother has to be separated from her children because of this. It is very sad.”

‘I found peace at my new home’

“I call this place my home. Here, I received peace. My story made sense to the people here and each and every one of them were able to help me. I am empowered. I came here with little skills, and now I’m equipped with computer skills and other practical work with my hands. The social workers and counsellors are here with me, and I have been fortunate to get the support that I need,” said Millicent Makgoshi Ramoshi.

Ramoshi had been living at a shelter in Gauteng for three months when she spoke to Health-e News reporters about her experience. She arrived at the shelter with her child after the emotional and psychological abuse she endured by her former partner led to hospitalization.

“I had a medical condition called Peripheral Neuropathy which resulted in my left hand side being weak and in pain. When I got into the relationship, my former partner used my condition to emotionally blackmail me and make me lose my confidence. He made me feel like I was not woman enough because I could not do domestic chores like cook and be intimate when he expected me to be. I found myself begging him for forgiveness even when he was the one who was cheating on me. He made me believe I had to be sorry for how he treated me.”

The relationship started in March 2021 during lockdown. Ramoshi said that the emotional and psychological abuse she endured affected her physical body. After a number of hospital visits, she was later diagnosed with Conversion Disorder.

“At first, doctors misdiagnosed me and said I had Rheumatoid Arthritis because of the pain in my joints. I was also slowly losing the ability to feel my legs and walk. It was when the neurologist sat me down and asked what was going on at home, that they came to the diagnosis. They explained to me that my mind was under so much emotional stress that my organs were seeking attention in other ways. That is when I was advised to seek help and leave,” said Ramoshi.

Ramoshi regained strength in her arms and legs and was able to walk within two weeks of being at the shelter. She learnt how to love herself again as well as help her child adjust.

“They taught us to easily notice and respond to physical abuse and pain, but there is a slow death that comes with the emotional and psychological abuse. I would encourage every woman who needs help to locate a shelter that is closest to them for help. And if that one is full, then go to the next one. Don’t stop, because there is help available at facilities like this,” she said.

Ramoshi is currently looking for employment as her time at the shelter has come to an end. She wishes there was more support for women like her to continue rebuilding their lives.

Lack of funding for women’s shelters

Although one of our functions is to link shelters with sponsors, many shelters still primarily rely on the financial support that they receive from the DSD. This helps them run their programs, and ensures their facilities are in place and maintained. This means that some shelters run short when employing counsellors and offering mental health services when required,” said Shabangu.

She confirmed that there are still a number of shelters that are short of basic health services and overcrowded. There are also those “that just cannot perform the duties and provide the services that are required by survivors because of these issues”.

According to NSM, five women’s abuse shelters in the Eastern Cape reported dealing with delayed funding for several years. As a result, they’ve had to deal with staff resignations, increased costs from loans to cover late payments and reduced funding because the DSD refuses to accept backdated receipts after funding is disbursed.

Dr Zabeda Dangor, Head of the NSM Executive, said most people don’t fully appreciate what shelters do. This includes government and decision makers who fail to understand how shelters operates and what they require to fulfil their mandates. – Health-e News