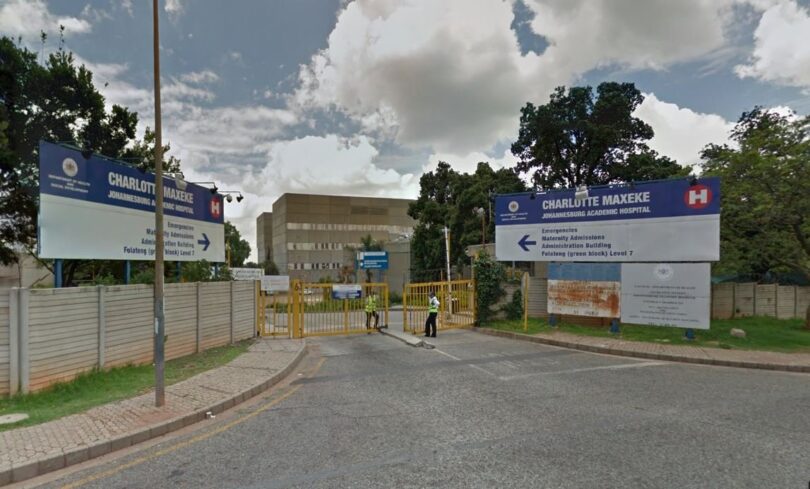 The casualty ward at the Charlotte Maxeke Academic Hospital is yet to open following a fire 10 months ago. (Photo: Google Maps)

It’s been almost a year since crucial parts of the Charlotte Maxeke Johannesburg Academic Hospital (CMJAH) were ravaged by fire – and up until this day, they remain closed.

In an effort to speed things up, Gauteng Premier David Makhura signed a proclamation last week to transfer all functions relating to the refurbishments from the Gauteng Department of Infrastructure Development (GDID) to the Department of Health.

Acting Director-General in the Office of the Premier, Thabo Masebe, made the announcement during a press briefing earlier today.

No agreement in place

Masebe added that the one of the reasons behind the delay was that there was no agreement in place between the two departments.

Masebe said that the transfer would help in fast-tracking the project of repairing the facility. He confirmed that all repairs are expected to be completed by the end of 2023 and that the cause of the fire remains unknown. Results from the ongoing investigation are eagerly anticipated.

In October 2021, the Solidarity Fund and SPIRE Fund offered donations to the value of R68 million for the refurbishment of the accident and emergency section and other wards in the affected block. The first phase of the project is expected to be completed at the end of this month.

The Head of Infrastructure at the Department of Health, Ayanda Dakela, who has been appointed to lead the project, said that his role is to ensure that this facility is fully functional within a short space of time.

Acting DG, @tmasebe speaks on investigations on the cause of the fire that damaged part of Charlotte Maxeke Johannesburg Academic Hospital, and emphasises that the @GautengProvince's priority is getting the building on full operation and provide services to patients. pic.twitter.com/7G5EMGG3l9

“The initial arrangement was 2027, but I am planning to fast-track the whole thing. We’ll have an accelerated approach where milestones will be flowing parallel to make sure that we cover as many items as possible within a short space of time,” said Dakela.

In the last two weeks, the infrastructure department conducted an assessment of the damaged areas. Dakela said that they had developed a project plan that identified areas which could be fixed immediately like the temporary parking bays.

“We are in a space which is regulated by the Occupational Health and Safety Act. So, we wanted to make sure that we identify those areas so that we comply accordingly. We have also identified areas where infrastructural issues exist,” he said.

The Head of the Department’s Disaster Committee, Professor Steve Moeng, said that the situation at Charlotte Maxeke has left staff frustrated. He added that he wished all the planning had been done earlier to avoid high pressure situations.

“We really wish that this could’ve happened a lot sooner for the sake of those we are rendering services to. The implication and pressure on the whole system is undeniable,” said Moeng.

He added: “We’ve had a lot of meetings and we hope this new energy and direction will end up with results. We have already lost a lot of our staff and we can’t afford to lose anymore so results are important.”

The fire broke out at Charlotte Maxeke on 16 April 2021, an incident which has been marred by controversy during the ongoing pandemic. Areas which still remain closed include casualty, the specialist psychiatric ward and the cardiothoracic ICU.  – Health-e News