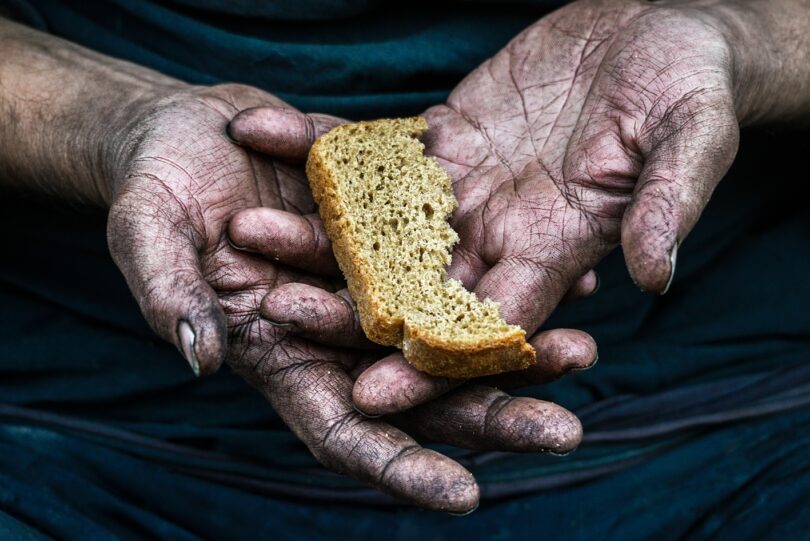 As the country celebrates Human Rights Day today, South Africa still has millions who face the harsh reality of starvation and food insecurity.

According to Meggan Volkwyn, FoodForward SA‘s communication officer, around 30 million South Africans are food insecure. More people are also living below the poverty line and cannot afford to purchase basic and nutritious food.

“I think instead of us celebrating Human Rights Day, we need to raise more awareness of what our rights are. People need to know that the right to food is not just a constitutional right, but a human right too,” stated Volkwyn.

She added: “Research shows that a monthly basic food basket for a family of about four to five people, costs around R 4200 for a family to survive. A lot of people are living below that line.”

Human Rights Day is historically linked with 21 March 1960, and the events of Sharpeville, where 69 people died and 180 were left wounded when police fired bullets on a peaceful crowd that had gathered in protest of the apartheid pass laws.

Section 27(1)(b) of the Constitution of the Republic of SA states that “everyone has the right to have access to sufficient food and water”.

However, Volkwyn said this constitutional right is under threat as most people have already lost their jobs due to COVID-19 and the forever-increasing fuel and food prices.

According to Statistics South Africa, the country is food secure at national level but not at household level. Almost 20% of South African households had inadequate access to food in 2017. This varied by province, population group, and household size.

Volkwyn believes that food insecurity and unemployment might only become worse as the country marks Human Rights Day.

“Because of food insecurity, it is going to perpetuate poverty, meaning that it is going to impact on our economic growth. This means unemployment will soar and people will not have access to food. It will also impact the quality of education because one can’t really learn if you’re not eating well. It could even aggravate gender-based violence and our mental and physical wellbeing,” she added.

Though she believes that SA produces enough food, Volkwyn estimates that over 10 million tons of food are wasted annually. This accounts for almost one-third of all food produced in the country.

“Households and child hunger rates are so high. Retailers and other corporates must step in by, among others, donating excess food to the poorest rather than letting it go to waste.”https://t.co/XAmuXcL2eG

“We can only ensure more people have access to nutritious food through correctly managing the surplus of food,” explained Volkwyn.

UNICEF states that more than a third of children under five in SA are suffering from under-nutrition or are overweight. Food scarcity, feeding infrequency, and a lack of dietary diversity are serious impediments to healthy levels of child nutrition.

Dr. Azwifaneli Nemushungwa, a lecturer in economics at the University of Venda, said the ongoing war between Russia and Ukraine, might have devastating effects on the already ailing SA economy. Both these European countries are some of the largest producers of wheat.

“Wheat is used to make several food products such as bread, which most people are able to afford. So, they might be severely affected in the coming weeks and months,” stated Nemushungwa.

She added: “As a result of trade restrictions which might be imposed against Russia, countries might experience a severe shortage. This might lead to a high demand which means prices are bound to rise.”

Nemushungwa further stated that South Africans can expect a rise in certain food products as the global prices of wheat is bound to rise.

“We do not produce enough to meet our demands and this means that we have to rely on importing wheat from Russia and Ukraine. Even when the global prices of wheat rise, the same occurs in South Africa,” she said.

“And the retail products made from wheat will also increase as well as fuel prices since Russia is one of the biggest producers of crude oil.  And in today’s world, fuel is the backbone of the world economic activities,” Nemushungwa explained.

WHO reaches out to Ukraine

“We have now established supply lines to many cities of Ukraine, but challenges with access remain. So far, we have sent about 100 metric tonnes of supplies, including oxygen, insulin, surgical supplies, anesthetics, and blood transfusion kits,” said Ghebreyesus.

He added: “Other equipment, including oxygen generators, electrical generators, and defibrillators have been delivered. We are also preparing to send a further 108 metric tonnes. We are coordinating the deployment of 20 emergency medical teams of experts from many countries.” – Health-e News