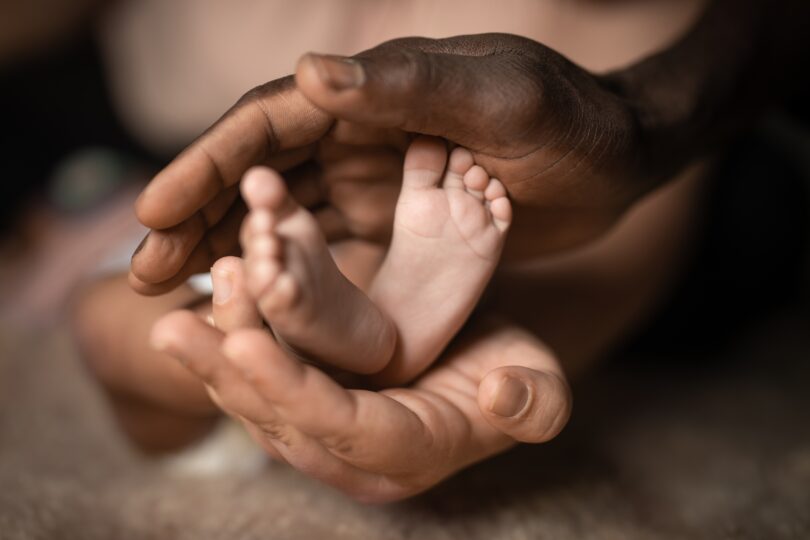 A Free State family has vowed to seek justice after their baby granddaughter died, due to alleged medical negligence, at a local hospital.

Seventeen and eight months pregnant, the young mom-to-be was eagerly awaiting the arrival of her baby girl. But things took a turn for the worst on what was supposed to be the happiest day of her life.

Nyakallo Nombe claims nurses were negligent and left her in pain while waiting for an ambulance from Bongani Hospital in Welkom to Katleho Hospital in Virginia North.

Her mother, Vuyokazi Nombo-Mofokeng, explained what unfolded that fateful night.

“My daughter started having contractions and was due to give birth on the 14th of March. She was told to wait for an ambulance to take her to Katleho Hospital in Virginia. For six hours, from 1 to 7am, they left my daughter in severe pain. The staff took their time to realise that this was actually an emergency situation,” she said.

According to the grandmother, the baby was supposed to be born legs first. This was why health workers initially transferred her to a Welkom hospital.

The family have since sent a letter to the CEO of the Katleho Hospital – accusing the staff of leaving their daughter in pain the entire night.

“She wasn’t helped immediately, even though the nurse felt the child’s leg. My child was left in pain until the day shift staff reported the next morning. They didn’t even have a heater on for her. I went to the hospital to report our grievances and demanded feedback within five days,” said the 45-year-old.

Another young mother shares her anguish

Karabo Sello* described how she almost lost her child in February due to inconsiderate nurses.

“I was with three other ladies and all of us were in pain, but were given no painkillers. I eventually gave birth to my child without any pain relief,” said the mother.

Meanwhile, Free State Health Department spokesperson, Mondli Mvambi, encouraged the family to go back to the hospital and follow procedures when lodging complaints.

“They have to request to lodge a complaint at the facility where the incident happened so that immediate redress can be initiated,” he said.

Mvambi forwarded the screenshot sent by the family to management at Bongani Hospital for further investigation.

Although Nombe-Mofokeng spoke to a customer care officer, she is yet to receive any acknowledgement.

Professor Hennie Klopper, an Emeritus Professor of Private Law at the University of Pretoria, said medical negligence in South Africa has rapidly escalated to crisis proportions.

The study reveals that the government’s contingency liability for medical negligence claims in 2021 topped R100 billion.

As far as obstetric negligence is concerned, there are four main causes: