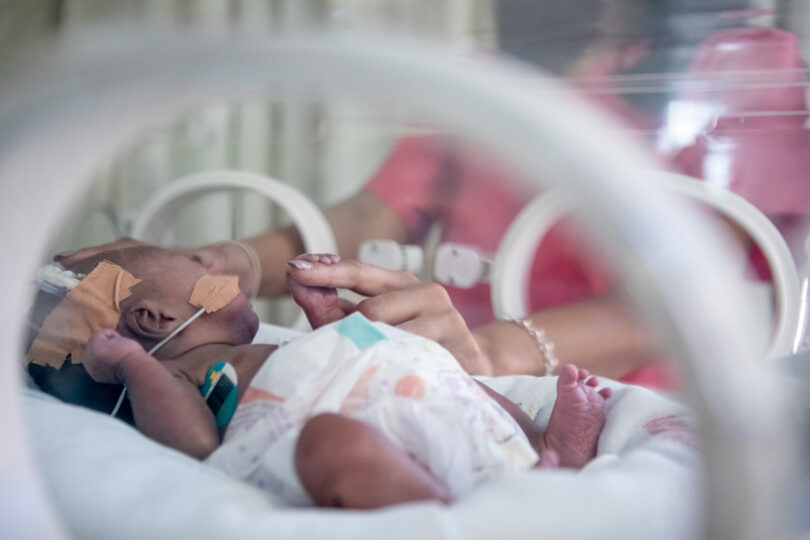 A global study has found that neonatal sepsis in newborns – caused by antibiotic resistance – is a rising cause of death.

The study, conducted by the Global Antibiotic Research & Development Partnership (GARDP), examined just over 3,000 babies from 11 countries, including South Africa. It assessed which antibiotics are currently being used on infants who had each experienced a sepsis episode and the extent of the resistance towards these treatments.

One of the key findings showed that mortality at 28 days of life was high at 11.3%. It also revealed that more than half the deaths were due to infections acquired from the hospital.

“It breaks my heart to see a baby dying when an antibiotic hasn’t worked. We are running out of options. If we don’t get more antibiotics on board, more babies are going to die,” said Ramdin. She is also the sub-principal investigator of the Neonatal Sepsis Study.

What is neonatal sepsis?

Neonatal sepsis is an infection that lives in the bloodstream of a newborn baby, and can cause a life threatening condition within hours of life.

The study explained that when germs get into a newborn baby’s body, they can cause an infection. If not stopped, it can cause sepsis because newborns don’t yet have an immune system that can fight off infections.

Without timely treatment, sepsis can lead to tissue damage, organ failure, and death.

Antibiotic resistance reduces the odds of a baby surviving neonatal sepsis due to delays in the provision of appropriate treatment.

According to the study, effective therapy is often neither available nor affordable. Babies who survive are often left with long-term and disabling health effects.

Decades of neglect of the impact of drug-resistant infections on babies has worsened the crisis of neonatal sepsis.

Of the 3 200 babies suspected to have neonatal sepsis, 11% of them died during the study period in hospital. The number increased to 18% where a pathogen was detected in their blood culture. This is a test that checks for bacteria, yeast and other microorganisms.

Ramdin added: “There remains an urgent need to develop novel antibiotic treatments to keep pace with rising rates of resistance and to ensure appropriate access and stewardship to these treatments across the world. These challenges represent decades of neglect by policymakers, governments, institutions, and companies to collectively address a systemic failure that is leading to the avoidable deaths of babies, especially in low to middle income countries.”

The World Health Organisation (WHO) recommends Ampicillin and Gentamicin antibiotics for the treatment of neonatal sepsis. However, the study showed that many hospitals are using other combinations due to high levels of resistance to the WHO-recommended treatment.

Principal investigator, Professor Angela Dramowski from the University of Stellenbosch, is concerned about pathogens with a resistant profile becoming entrenched in the neonatal unit. ‘We have so many vulnerable babies, it could have disastrous outcomes. Infection prevention and control becomes exceptionally important to prevent this spreading more widely,” she said. 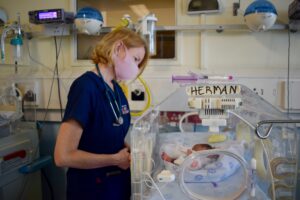 The findings of the study stressed the importance of developing new treatment that isn’t resistant to pathogens.

“Pathogens that were easily treated ten years ago now require increasingly expensive, toxic drugs to treat, and have limited or lesser chance of successful outcomes. This is because they are not necessarily the most effective drugs. They are the only drugs we have left. In the past, we could get away with treating newborn babies with a single antibiotic. Now we often need to give three drugs for the best possible outcome. When you add so many antibiotics together, the added effect and potential for complications and adverse events is higher,” Dramowski explained.

The aim of the study was to inform the development of improved antibiotic treatment regimens for neonatal sepsis worldwide.

It indicates that the analysis of the bacteria causing the infection and antibiotic use at trial sites is currently underway. This will help in identifying existing knowledge gaps in the choice of antibiotic treatment. It will also help in improving and strengthening vaccines, treatment, and diagnostic development for neonatal sepsis.

Investment in neonatal #sepsis diagnosis and treatment is inadequate.
The new study by Penta, @gardp_amr, @sgulamr & partners addresses these deficiencies by generating data and tools to support future #antibiotic trials for neonatal sepsis.

In addition, the study team is developing a recovery score based on factors associated with either recovery or deterioration during treatment.

“This will provide clinicians with key information, for example, on the need for treatment escalation. It will also support antibiotic stewardship by enabling clinicians to prescribe standard regimens with greater confidence, knowing that responses predictive of recovery or deterioration are monitored”, Dramowski said. – Health-e News