Home » Suicide: Young people not equipped to deal with problems 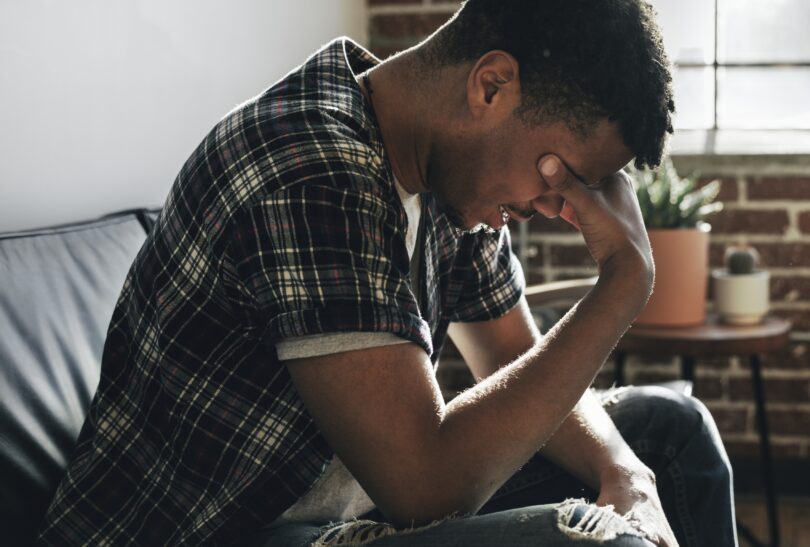 Studies reveal that the part of the brain that responds to situations with good judgement and an awareness of long-term consequences is only fully developed at 25. (Photo: Freepik)

Suicide: Young people not equipped to deal with problems

Studies suggest that since the human brain is only fully developed by the age of 25, many young people aren’t equipped to deal with the harsh realities of life. This leads to adolescents and young adults being more prone to suicide.

Cassy Chambers, Operations Director at the South African Depression and Anxiety Group (SADAG), said that children, adolescents and young adults don’t have the emotional nor psychological capacity to deal with their problems.

According to SADAG, the average suicide is 17.2 per 100 000 (8% of all deaths). This relates only to deaths reported by academic hospitals. The organisation also said that one in five high school learners have attempted suicide in the country. Globally, the World Health Organisation (WHO) confirmed that a suicide occurs every 40 seconds and an attempt is made every 3 seconds.

“The onset of a mental illness is normally in late adolescence or early adulthood, between the ages 17 and 23. So it makes sense that we have high rates of mental health issues in that age group,” said Chambers.

South Africa considers its children mature adults at the age of 18. However, according to the National Institute of Health (NIH), studies have shown that brain development is still in progress in the early 20s.

Adolescence is a period of continued brain growth and change, challenging the notion that the brain has fully matured by the end of puberty. Studies say the development of the prefrontal cortex is only complete at the age of 25.

The prefrontal cortex is the part of the brain located at the front of the frontal lobe. It is responsible for a variety of complex behaviours. Dopamine in the prefrontal cortex modulates cognitive control, which influences attention, impulse inhibition, prospective memory, and cognitive flexibility. Other functions include planning, personality development, logical thinking, reasoning, and managing emotions.  This means the part of the brain that responds to situations with good judgement and an awareness of long-term consequences, is only fully developed at 25.

Chambers continued: “The most at-risk age group for suicide is among adolescents. They often deal with a lot of problems and don’t have enough coping skills or feel they can’t talk to anyone. That is when they make a quick decision to end their lives.”

At 21, Thabo Xaba found himself in limbo, stuck between feeling like a child, yet officially an adult. The loss of structure from the school and university systems left him floundering. Compounded with the physical abuse he faced as a child from a family member, he became uncertain about his future. His mental health started to decline and he attempted to take his own life.

“I think all of those factors of people not wanting to see me succeed, and my experiences as a child, all started to build up,” said Xaba.

After breaking up with his girlfriend, his world collapsed.

“The following morning I woke up and swallowed a whole lot of allergex pills. I also bought alcohol and started drinking. My sister happened to phone me which prevented me from taking even more. She told me to stop,” he explained.

For Xaba, the love and support he received in his darkest moment saved his life.

“That weekend, I think was a definitive weekend. It’s when a lot of people close to me told me to seek help. They care about me, but they don’t know how to help me,” Xaba added.

In 2020, there was a decrease in claim of the same nature for both children and young adults.

“This is in line with a general decrease in people seeking healthcare for non-COVID-19 conditions during the pandemic. Either the mental health conditions were not detected or they chose not to seek treatment. Both of these have serious impacts on the lives of young people,” he said.

The WHO published their Global Health Estimates Suicide worldwide in 2019. According to the report, 13,774 suicides were reported in South Africa in 2019 which was the third-highest in Africa.

In addition, SADAG revealed that 23 suicides occur daily in South Africa, as well as 230 suicide attempts.

In a bid to curb this worrying trend, SADAG offers school programs to help adolescent cope with suicide and trauma. ‘When Death Impacts Your School’ is a program created to help learners, teachers, parents and communities deal with the impact of death in schools and communities.

Many universities offer students free counselling and tips on how to deal with depression and anxiety.

Support SADAG by joining the Darkness into Light – Cape Town 2022 Walk To Remember all the lives lost to suicide. Join this incredible walk, at sunrise on the morning of Saturday, 7 May 2022. Visit https://t.co/MIpFDPXItE or more information and choose Cape Town as your venue. pic.twitter.com/IG2swmpGsN

People of all genders, ages, and ethnicities can be at risk for suicide. Most people at risk will not attempt suicide, and it is difficult to tell who will act on suicidal thoughts.

Risk factors include stressful life events such as the loss of a loved one, legal troubles, or financial difficulties. According to a NHI report, children and adolescents with a low socioeconomic status suffer from multiple stressful life situations and are exposed to a higher risk of developing mental health problems.

Other risk factors may include, interpersonal stressors such as shame, harassment, bullying, discrimination, or relationship troubles.

A large part of the prevention of suicide is the identification of the problem. Suicidal patients may or may not exhibit signs of distress.

Some serious warning signs that could indicate a suicidal risk include:

Paying attention to social media posts can also be an indicator of distress.

Maseko uploaded heartbreaking posts that included an image of a flatline that read: “When this line goes straight, everyone will love you.” Her final Instagram post showed her date of birth as well as the date of her death. The caption to the haunting post was ‘NO ONE DESERVES TO BE RAPED!’