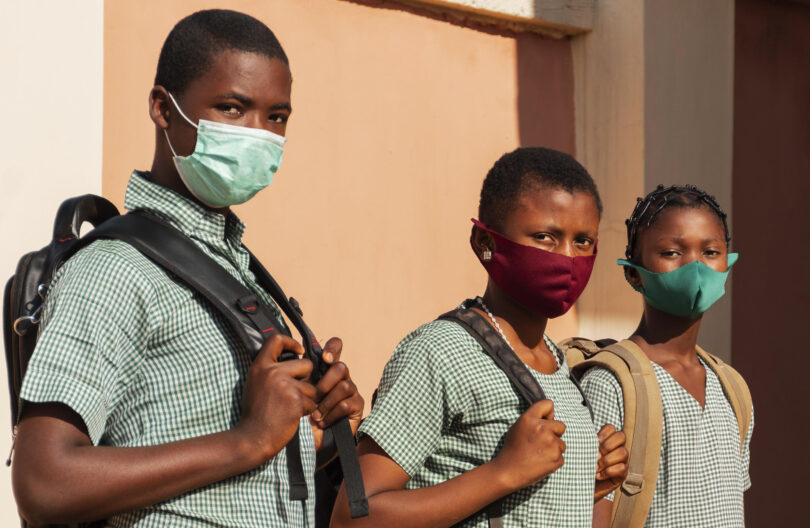 Low vaccination rates and the highly transmissible Omicron sub-variant are behind the recent jump in COVID-19 infections amongst children between 10 and 14-years-old. In week 17 this age group represented 34.2 percent of all infections in SouthAfrica.

“That could also contribute to the difference. There could also be characteristics of the new variants that make them more likely to affect children (compared to earlier variants) in terms of the receptors which they bind in the airways,” said Dr. Jassat.

She added the rise in Covid-19 infections among children has been evident since the third wave. During the first two waves schools in SA largely remained closed.

“In the first two waves adults were more affected. This meant that by the third wave they had higher levels of immunity from previous infection (this was confirmed in serologic studies).  But it also likely meant that in later waves children were less protected by previous infection leading to a shift to this age group,” she said.

Bur Dr. Jassat cautioned the reopening of schools could not entirely be blamed for the current resurgence of Covid-19 infections among children.

“The surge is being seen in all age groups and is due to a highly transmissible Omicron sub-variant that has shown some immune escape. However, younger people have a lower vaccination coverage, and are likely having lower immunity and are susceptible to infection,” she said.

She said the ministerial advisory committee is currently working on an advisory on vaccinating 5-12-year-olds.

World Health Organisation Director General, Dr. Tedros Adhanom Ghebreyesus said last week that there has been an increase in reported Covid-19 cases in Africa and the Americas.

“The South African scientists who identified Omicron late last year have now reported two more Omicron sub-variants, BA.4 and BA.5, as the reason for a spike in cases in South Africa,” said Ghebreyesus.

He said while it was too early to tell whether the new sub-variants cause more severe illness, early data suggests vaccination prevents severe disease and death.

On Monday the NICD reported that 3,237 new Covid-19 cases were identified. Most new cases are from Gauteng, KwaZulu-Natal, and the Western Cape. – Health-e News.