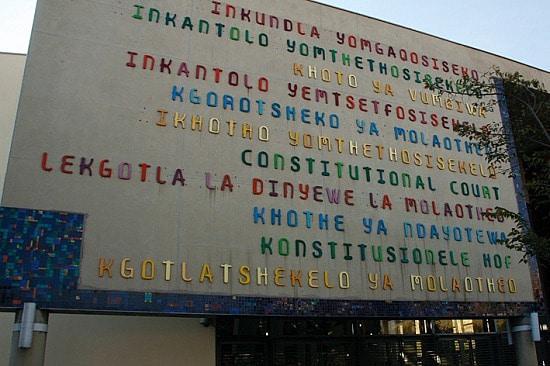 Mental Health Act: Section 33 and 34 fall foul of the constitution

The outcome from the highest court in the land will leave an impact on South Africa’s health system. The Pretoria High Court recently ruled that sections 33 and 34 of the Mental Health Act, 2002 (MHA) are inconsistent with the Constitution of South Africa and, therefore, invalid.

“This is to the extent that the sections do not provide for an automatic independent review prior to or immediately following the initial detention of a person who is involuntarily detained under the Act,” reads the court documentation.

This judgement comes from a court case initiated by the Makana People Centre which argued sections 33 and 34 of the MHA were unconstitutional. The Health Department is appealing the ruling. Mikateko Mafuyeka, a public health lawyer and researcher at the SAMRC Centre for Health Economics and Decision Science, explained the outcome for mental health care users.

“Yes, the current sections permit the holding and the detention of someone without their consent,” said Mafuyeka. “The procedure as set out in the Act stipulates the number of days during that period that a person involuntarily held can challenge the appropriateness of their detention.

“Unfortunately, for those particularly prolonged periods, the person is in the custody of the mental health care providers while they are questioning or appealing the appropriateness of the detention.”

How did the court find the sections to be unconstitutional?

“Part of the court’s reasons for finding the sections unconstitutional was that even though the procedure provides mechanisms for mental health care users to approach the court and their detention, they usually have to explore these avenues while being detained,” said Mafuyeka.

She said the Act allows a person to be detained against their will for up to ten days or more, while the review board can decide whether the detention is appropriate.

While the Review Board has another 30 days to consider the appropriateness of the continued detention of the mental health care user.

“All this is happening while the mental health care user remains in confinement against their will, or they may lack the mental capacity to question or challenge this themselves.”

Section 21 of the Constitution states that no person should be deprived of their liberties or freedom of movement without just cause.

“Right now, under the MHA, we are looking at about 60 to 270 days whereby a person is detained, while those provisions set out in those particular sections are being followed. This leaves the involuntarily detained person with their constitutional right to movement or the right not to be detained without just cause, being infringed upon,” said Mafuyeka.

The court judgement indicates that this is the reasoning that led the Pretoria High Court to find the sections to be unconstitutional.

How has the MHA changed over time?

Mafuyeka explained that the MHA, previously housed under the Criminal Procedure Act, has evolved to shift the emphasis to treatment and care.

“The emphasis currently under the new constitutional democracy has moved [to] providing treatment, care, rehabilitation, and assistance to mental health care users rather than to punish them.”

Mafuyeka said that she does not believe people should be concerned about ruling at this point. In the case of the Constitutional Court ruling on the invalidity of the sections, the department will have to find ways to treat mental health patients without prolonged detention.

“This would still, to some extent, be to the benefit of mental health care users. The process would also include an amendment to the review process that the mental health care provider employs to ensure that it is objectively viewed and seen as adequate and independent.”

What kind of impact do you think the judgement to rule sections 33 and 34 as unconstitutional could have on mental health care users in SA?

“It would mean that mental health care users would not find themselves in situations where they are detained for a prolonged period while waiting for the final decision regarding the appropriateness of a detention,” said Mafuyeka.

She noted that the legislation would have to be changed to ensure patient rights, like the right to dignity, are protected.

“However, the sad reality is that sometimes due to limitations, whether it’s staff or infrastructure, the implementation might not fully promote the vision of the legislation. These must be considered when amendments are made so that the changes avoid infringing one’s right to human dignity and movement while balancing the different arising priorities in mental healthcare.”

Why has the ruling not yet been confirmed?

“We have to wait for the Constitutional Court and monitor the case to see if the court decides to agree and instruct the legislature to remedy the situation. Or they might find that there is no need to find the sections to be unconstitutional. They could also have another ruling outside of what the Pretoria High Court has found,” she said.

The National Department of Health has expressed its disagreement about the unconstitutionality of sections 33 and 34. Media spokesperson Foster Mohale said this is because only the Constitutional Court can pronounce rulings on such matters of constitutionality.

“This Act was passed in 2002. We believe that if this legislation is not upholding the rights of people with mental health problems, especially those involuntarily admitted into mental health facilities, the chapter institutions like the Human Rights Commission would have raised this issue a very long time ago.”  Health-e News