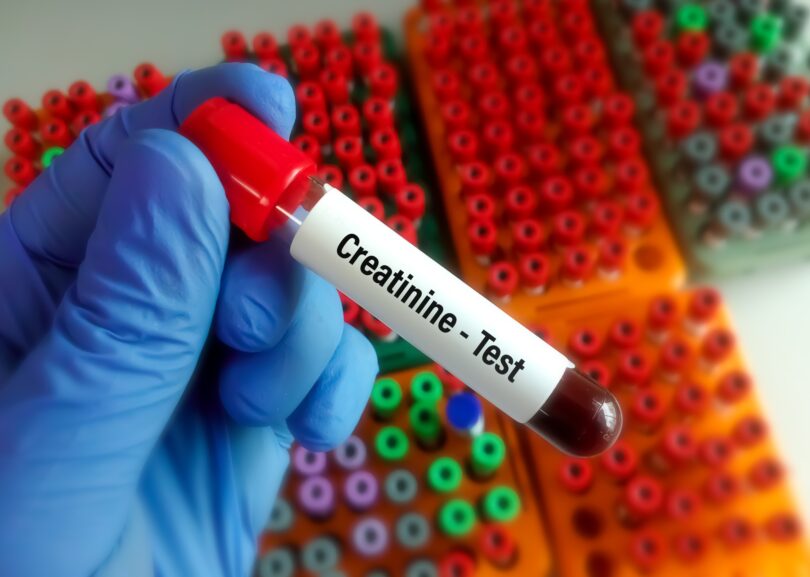 Researchers have discovered that a widely used blood test to detect kidney function is off the mark among African populations.

But a study by the African Research on Kidney (ARK) Disease Consortium, which sought to find the most accurate way to measure kidney function in African populations, compared the creatinine option with another benchmark test called the measured glomerular filtration rate (mGFR).

Not fit for Africans

The ARK Consortium comprises researchers from the:

The scale of the problem in Africa

Kidney disease is silent in the early stages because many people only develop symptoms when their GFR drops below 30 to 45 millilitres (ml). This means that most people won’t know their GFR is lower than usual. This is why screening people with risk factors for kidney disease remains essential.

The study used population data from Burkina Faso, Ghana, Kenya, Malawi, South Africa and Uganda to estimate overall levels of kidney disease. The results suggest that kidney disease prevalence may be substantially higher in Africa than previously thought, increasing from 1 in 30 people to about 1 in 8 people.

Diversity of populations makes it difficult.

Dr June Fabian from Wits noted that the scale of kidney disease in Africa has been challenging to determine.

“The biodiversity of African populations means that what we find that applies in Southern Africa might not apply in West Africa. So, there aren’t a lot of studies that have looked at kidney disease in many African populations. We don’t have a lot of funding to do these studies, so a lot of the studies are often situated in a hospital with many HIV patients. So, they’ll report a high prevalence of chronic kidney disease, but it does not necessarily reflect what’s going on at the community level or in the general population.”

Fabian said population-based studies are required. But these are expensive and need a larger sample group. This is why there isn’t a lot of data from Africa. In addition, different criteria are used to determine the prevalence of kidney disease in other studies, making available data challenging to interpret.

“The point of our study was to try and standardise all of that. Because we did that, I think we can quite reliably say that the prevalence is between six and 12% depending on the country because people have different risk factors in different countries,” she explained.

“If you’ve got diabetes, and you go and see a primary health care nurse to test your kidneys, she’ll pull a tube of blood, send it to the lab, and the lab will measure the creatinine. And based on that, she’ll work out what we think the kidney function is.”

This is done by estimating the glomerular filtration rate (GFR). The GFR is how much blood your kidneys are filtering through per minute. A high GFR means that the kidneys are working very well.

“What we realised when we did this study is that kidney function in African populations is overestimated by using the creatinine test. We are reporting GFRs that are too high because these estimation calculations are based on studies done in high-income settings.”

Before the ARK study, Fabian said the studies were done in countries like the US, Sweden, and Belgium. Very few studies have covered the African population looking critically at how kidney disease affects people.

“That is what we wanted to check in this study because a handful of really small studies showed that maybe the way it’s done in Europe doesn’t apply in Africa. This is because we are reading the kidney function as too high. If your GFR is less than 60, your kidneys filter less than 60 ml per minute. If the test pushes everyone up, we are not picking up people with those lower GFRs, which means we’re missing kidney disease.

The “gold standard” refers to the method to measure kidney function that is currently working to diagnose kidney disease in Africa. Fabian said the problem is that it is expensive and impractical because a person must be there for six hours.

“Because African Americans are big and have a lot of muscle, everyone assumes that everyone else in Africa is the same. Everyone thought that African populations have lots of muscle, and the creatinine would be high as they see it in African Americans. We found that people are quite small.”

Fabian explained that another dependent factor is how much meat a person eats.

“If meat is regularly in your everyday diet, your creatinine will increase. In poorer communities, people often don’t have a lot of money and don’t eat much meat. Even in Bushbuck Ridge, women have very low creatinine, and we’re not sure exactly why. But in Malawi, people might eat meat once every two weeks or once a month. That is not the same as high-income settings where people eat meat almost daily.”

These kinds of factors are not considered during studies in high-income settings. Fabian emphasised the importance of doing this work in African populations.

“Your kidney function starts with your mom’s health. For example, if you’ve got a young mum with a pregnancy, who doesn’t get into antenatal care, delivers prematurely and might have diabetes or hypertension herself. All those factors impact your kidneys when you’re in the womb and are developing all the time, up to 36 weeks.”

This means that if you’re born prematurely, at 33 weeks or so, and your mom never got antenatal care or was malnourished during the pregnancy, your kidney function will be impacted from the day you are born.

“If you are stunted, your muscles don’t grow well, and you are malnourished. This carries over and impacts your kidney function later on in life. These are the kinds of things that don’t apply in high-income settings. We also see in poor communities that in adolescence, people go from being underweight, especially girls, to being quite overweight. And if that happens, that also puts you at risk of kidney disease because you’re at risk of becoming diabetic or developing high blood pressure later on in life.”

Tests based on cystatin C worked better than creatinine to indicate poor kidney function. But it is not widely available in Africa.

The cystatin C test, which would be more suitable in Africa, costs around R320. This is three times more expensive than the widely-used but less accurate creatinine, at just R67.

“We know cystatin C is better in Africa, but relatively speaking, it’s a no-go in resource-poor settings,” says Fabian.

The study’s findings suggest that moving from the creatinine test of kidney function to using cystatin C would be preferable. In addition, researchers said that it would also assist in ensuring accessibility and enabling doctors to use them should be a priority for Africa. – Health-e News