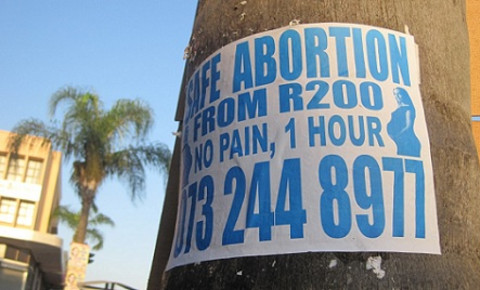 Free State Health MEC, Montsheng Tsiu, who joined the march, hopes the campaign will encourage young people to use sexual reproductive health services offered by the state. These include contraceptives in the fight against sexually transmitted infections, unplanned pregnancies and unsafe pregnancy termination.

Pregnancies, illegal abortions on the rise

The Free State is one of five provinces with a high rate of teenage pregnancies. As a result, the number of illegal abortions is also on the rise.

“Our clinics have dedicated youth-friendly zones which operate from 14:00 in the afternoons. We must all make these work effectively. There are about 46 of these zones in Mangaung,” he said.

Tsiu called on women to use registered or designated facilities when opting for an abortion.

“Those performing illegal abortions don’t care about people’s lives and are only in search of money. We, therefore, call on our people to use legitimate medical officers or facilities,” she said.

Tsiu concluded that it was worrying for underage children to be actively engaging in sex.

“We, as the government, are worried about the number of child mothers, many of them HIV positive. The use of condoms and other contraceptives are encouraged,” she said. 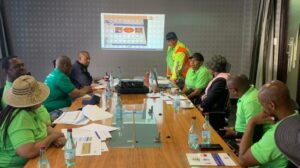 “They don’t ask questions like at the government institutions. On the issue of contraceptives, I’d say, we young people are irresponsible, and we need to change our behaviour,” Matshane explained.

Another participant, Bandile Nikelo added: “As for illegal abortions, I’d like the government to provide services in every clinic, unlike now, where only certain ones offer abortions.”

She continued: “Police should join the campaign by ensuring that they arrest those performing illegal abortions.”

Meanwhile, the Soul City Institute for Social Justice (SCI) and other stakeholders provided safe sex education to the students. The education was an eye-opener for many students who flocked to the SCI stall to listen to the friendly councillor.

After the march, students visited various stalls, with some using the opportunity to voluntarily test for HIV. – Health-e News