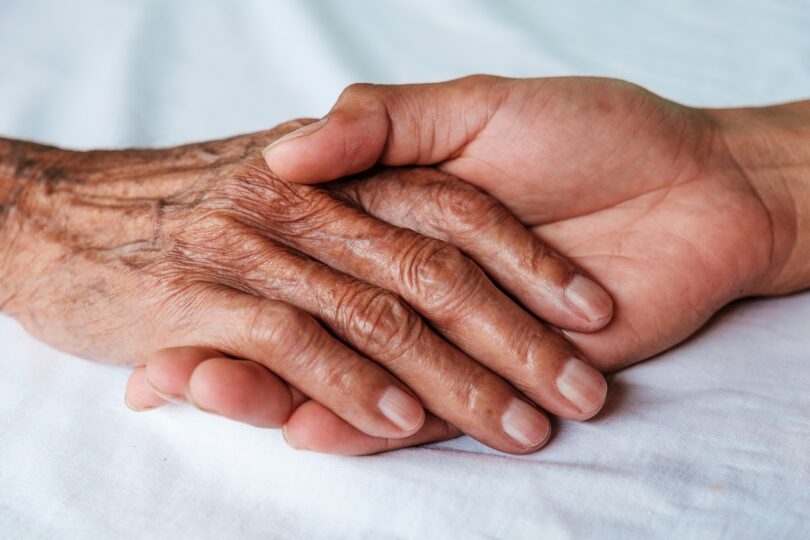 Thabu Nchu residents have called on the government to help protect the elderly suffering Alzheimer's from violent attacks. (Photo: Freepik)

Elderly people living with Alzheimer’s and dementia face a double burden of memory loss, and stigma and discrimination.

Thomas Selogilwe, who resides in Thaba Nchu, is concerned for the welfare of his 81-year-old neighbour, Magaret Molema. He was roped in by social workers to help Molema when she started losing her memory.

“Gogo was found not too far from her place, and because no one knew about her problem, they called her a witch. I also realised that some had beaten her. Our people need to know that when you reach a certain age, your mind is not working as it used. Knowing about diseases like Alzheimer’s and dementia will prevent people from calling others names,” said Selogile.

Dementia is considered a general term, while Alzheimer’s is a specific brain disease. It is marked by symptoms of dementia that gradually get worse over time. Alzheimer’s disease first affects the part of the brain associated with learning, so early symptoms often include changes in memory, thinking and reasoning skills.

The recent World Alzheimer’s Report estimates that there were 4.4 million people over 60 years living with the disease in South Africa. Of these, approximately 187,000 have dementia.

Earlier in the week, the Deputy Minister of Social Development, Hendrietta Bogopane-Zulu, called on communities to learn more about the disease. She said it was enough that some elderly were victims of crimes due to a lack of knowledge about the illness.

“Alzheimer’s and dementia need to be understood by everyone. It is important for older persons to also understand each other because when you age, you start to forget your name, your children, and even where you live.,” said Bogopane-Zulu.

Meanwhile, Alzheimer’s South Africa  Free State representative, Thakane Radipole, said that despite financial limitations, they are educating the public about the disease.

Dementia impacts all of us. Brain health is for ALL of us. pic.twitter.com/Q5PlX11Tce

“We raise awareness in the Free State, but we can’t reach everyone due to financial constraints. However, we are providing training for families and caregivers of Alzheimer’s patients. With 21 September being World Alzheimer’s Day, we aim to raise awareness. We went to Thaba Nchu and trained youth from 32 villages because we know that young people are the instigators of assaults on people suffering from the disease,” she said.

She added that the stigma around elderly women with Alzheimer’s proves that communities need to open their eyes.

“People need to know that the elderly who suffer from Alzheimer’s, aren’t witches. Secondly, it hurts that only female patients are labelled witches. This proves the need for education in our communities,” she added.

The Free State branch of Alzheimer’s SA uses community media channels to educate the public in the run-up to the annual day celebrated globally.

‘We need to do more

“Social Development and NGOs are doing their bit to ensure the elderly are well taken care of. We also have nurses who take care of health education, although that is not enough,” she said. – Health-e News