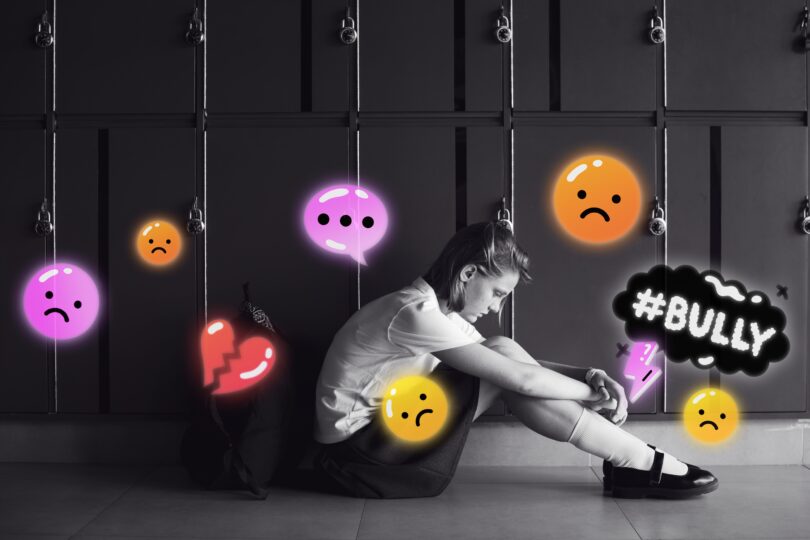 Cyberbullying victims have described incidences of bullying online as if they’re being attacked everywhere – from inside their homes to being at school or even just venturing out of the house. It feels as if there is no escape which eventually takes its toll on a person mentally, emotionally and physically.

And as we spend more time on our phones, young and old, this scary phenomenon is only escalating – leading to suicides among young people. All it needs is for something to start trending on social media – a language most used by the youth these days – and all hell breaks loose.

According to a 2021 survey, which involved over 200 parents, more than half of their children, 51.5%, had been bullied online. It also revealed that 54% of kids had access to inappropriate content via digital platforms.

Neo Rabothata, 21, is a survivor of cyberbullying and was recently bullied by people close to her as well as strangers. After losing her husband recently, she started trending and everyone seemed to have an opinion about her life. She felt like she had lost control of her life until she went to the SAPS to report it.

“Being bullied on social media made me angry, hate myself and too afraid to walk on the streets. I’d often ask myself what people are saying about or wondered whether they were looking at me or not,” said Rabothata.

Are you a South African woman who has experienced gender-based-cyber harassment? Please consider sharing your experiences to help better understand this phenomena and how it shapes online interaction. Retweets appreciated. #gbv #cyberbullying #trolling #flaming #SouthAfrica pic.twitter.com/00yPgsKbQ1

Nicholas Masondo, an auxiliary social worker who is one of 19 Famsa Arekopaneng Project employees, said that cyberbullying has become very common.

“I had a case of a young female child who was harassed and exposed on social media by her ex-boyfriend. She trusted her boyfriend but they broke up. The boy started embarrassing the girl online by sharing her family problems with the world, some of it not true. However, he intended to embarrass the girl since they were no longer dating. Essentially, the girl was hurt and she nearly harmed herself with a knife because she couldn’t stand it anymore,” said Masondo.

He said that cyberbullying can disrupt one’s mental peace. Many people are known to experience depression after they are cyberbullied since it takes a toll on their mental health. It can also destroy the reputation of a child or an individual. All the negative and ugly comments hurt them causing them to have low self-esteem, with some resorting to self-harm.

He advised that people should limit the information they share on social media platforms. In addition, awareness is key to preventing harassment. For example, parents should assist by making children aware of the forms of cyberbullying and its consequences at an early age so they are always cautious. Furthermore, parents must monitor their children’s online activities and limit their usage to prevent incidents from taking place. Most importantly, cyberbullying must be reported instantly without delay.

According to Legalwise: “The Act criminalises a wide variety of cybercrimes, however, examples of crimes specifically associated with cyberbullying include the following: