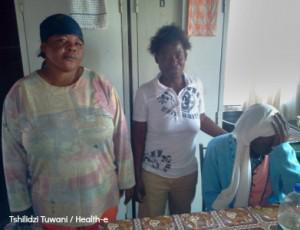 Community members using Tshwane’s Dilopye Clinic, about 50 kms north of Pretoria, continue to complain about poor service and care from one of the clinic’s doctors. Now, health workers have asked patients to put complaints in writing as they promise to take the complaints further.

OurHealth first reported on community concerns in August, when patient Johanne Maluleke alleged the doctor treated a growth on her neck with pain killers. She invited OurHealth to accompany her to the clinic.

When she informed the doctor about OurHealth’s presence, he referred her to Jubilee Hospital. Maluleke went to the hospital where she was thoroughly checked and given medication to use at home where she is recuperating now.

Now, more complaints have arisen about the doctor. Patients like Sabina Magoro say he is rude and often speaks on his phone during consultations. No one in the community is able to name the doctor, who they say does not wear a name badge, but clinic personnel have confirmed a doctor matching the man’s description does work there.

In late August, Miriam* took her sick granddaughter to the clinic where the doctor ordered tuberculosis (TB) and HIV tests for the little girl. When the woman and her granddaughter went to fetch the results, they were told the results were missing.

The doctor in question then gave them pain killers and said the girl would be fine. However, in September, Miriam’s granddaughter became gravely ill. Unable to breathe, the girl was rushed via ambulance to hospital, where tests confirmed she was HIV-positive.

The girl’s mother says she is angry that the doctor at Dilopye did not conduct follow up tests when the original batch went missing.

“I need to have a word with that doctor to find out what made him not to conduct further tests after the first ones went missing,” she tells OurHealth. “Why didn’t he refer my daughter to the hospital?”

Kate Letsoalo’s mother, Anna is 68 years old and suffers from TB. Letsoalo says the doctor’s treatment of her mother reduced Anna to tears.

“My mother keeps complaining that the doctor accuses her of not taking her treatment and shouting at her,” Letsoalo says. “She cried on our way home from the clinic.”

Clinic manager Gail Hullis has assured OurHealth she will follow up on complaints and had motivated for the clinic to obtain a full-time doctor. Hullis asked that patients unhappy with clinic care submit their complaints in writing to her.