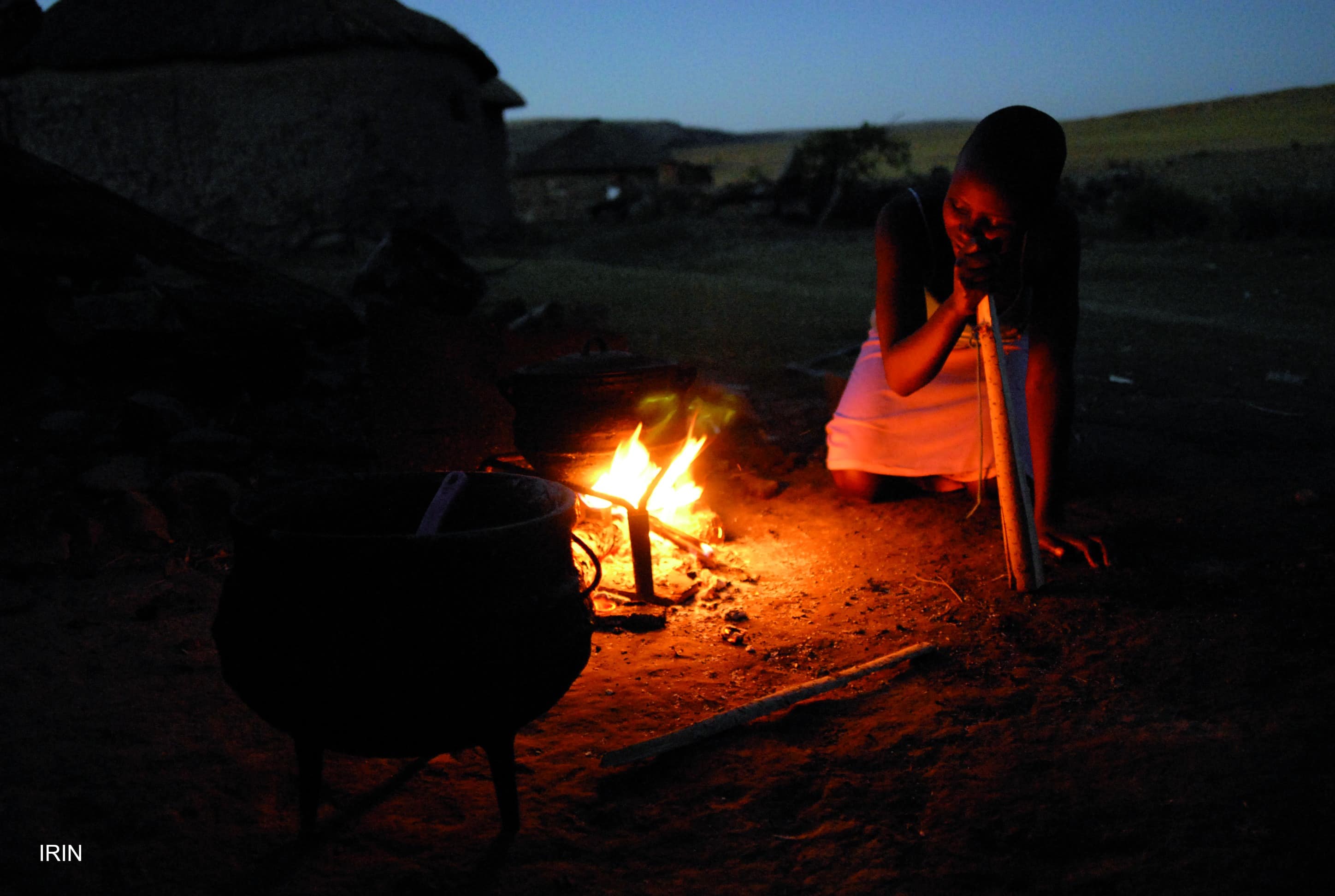 The betrayal of Phiwe and Muzi is made all the more difficult because government has no apparent plans for AIDS orphans.

BETRAYAL has become a bitter reality for AIDS orphans Phiwe and Muzi Hlabisa. First death cheated them of their parents, and now greedy relatives have plundered the humble inheritance their parents gathered together after learning that they were HIV-positive. The betrayal of Phiwe and Muzi is made all the more difficult because government has no apparent plans for AIDS orphans. The growing numbers of orphans are thus wholly dependent on the ability of their relatives to keep them.

Slight and serious,16-year-old Phiwe rarely smiles. His eyes are dull, hands twisting at one another as he tells of his misery in a flat monotone.

Last year, his parents, Hlalaphi and Jabulani, died of AIDS within a month of each other. Their graves lie before the family’s acid green Somkhele homestead, two mounds of earth covered with thorny branches.

And the only dream that now inspires Phiwe and 10-year-old Muzi is the idea of studying medicine. “I want to be a doctor, so that I can understand what is killing our parents” says Phiwe softly, while Muzi nods in agreement.

Jabulani was a labourer in nearby Richards Bay, while Hlalaphi earned a bit of cash by selling handwork in the nearest town, Mtubatuba. Despite their poverty, they made careful pans to ensure that their sons would be well cared for after their death.

“Their parents knew of their HIV status as early as 1993. Instead of denying it, they made plans for their children,” says Sister Ellen Dube, the AIDS counsellor at Hlabisa Hospital.

“They built a second house on their property so that each son would have a home. Their mother opened bank accounts for them. There was furniture in the house, a TV and a video machine.”

But now these plans have been destroyed by greedy relatives, who have looted the family home and raided the boys’ bank accounts.

All that remains of the boys’ inheritance is one battered brown couch, a double mattress, a pink wash basin, battered primus stove and a makeshift table. Food-wise, there is a little mielie meal and one over-used teabag, waiting in an enamel cup.

But Phiwe and Muzi are glad to be in their parental home again. They ran away from their aunt’s house in Ntseleni a few weeks ago, as they said that once their parents’ money ran out, their aunt no longer bought them food. Back home, their only anchor is great-gandmother Bahlomisile Zuma and her R450 pension.

Old age has made Zuma girlish. She giggles as she explains that she tries to sweep the house but lacks the energy to do so. She has long forgotten her age.

But when she is asked about the mounds of earth in front of her home, her tears flow freely. She turns rigid before the graves and has to be helped back to her favourite sitting place, a scrap of cardboard in a sunny spot by the front door.

Since the boys’ return, their father’s uncle has sent two relatives to take care of them. But Dube is worried. Are these relatives going to be yet another drain on Zuma’s pension? She admonishes the one, Samuel Zuma. “I hope you are not a drinker. Why are you not doing something here? Making a vegetable garden, fixing up the kraal for the cattle?”

Dube takes the situation at the Hlabisa homestead personally. Hlalaphi was one of the first HIV positive people in the area to be open about her status and to become involved in AIDS education. She became a friend rather than a patient.

“She was a very brave person. She said we can tell the whole world about her status because she just wants to help the people,” says Dube. Hlalaphi also had her sons tested, and they are not infected.

The Hlabisa parents showed how important it is for parents to know their HIV status, says Dube. They were not surprised by death, but had a few years to work to secure their children’s future. Now, despite their dead parents’ efforts, even the boys’ next meal is in jeopardy.

“God will know what the elder mother has done to these boys,” she says to the relatives. Privately, she says that Phiwe and Muzi will be placed in a foster home if their paternal relatives also prove incompentent.

The betrayal of Phiwe and Muzi is made all the more difficult because government has no apparent plans for AIDS orphans. The boys are too old to get welfare grants, which are only awarded to children up to the age of six. Places are limited in orphanages. No money is allocated to building more children’s homes. Foster parents are scarce, and many are scared off by any mention of AIDS.

Phiwe, Muzi and the growing numbers of orphans are thus wholly dependent on the ability of their relatives to keep them. And in communities sustained by piece work and pensions, such ability is at best limited. ‘ Health-e News.