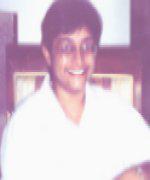 If there were such a title, thirty-something Salim and Quarraisha Abdool Karim would be South Africa’s “first couple” of HIV/AIDS research.

If there were such a title, thirty-something Salim and Quarraisha Abdool Karim would be South Africa’s “first couple” of HIV/AIDS research.

Salim ‘ or “Slim” as most people call him ‘ is director of the Medical Research Council’s (MRC) HIV Prevention and Vaccine Research, the body driving government’s quest to find an HIV vaccine.

He is also head of the scientific programme committee of the AIDS 2000 conference, and for the past few months has been going through thousands of abstracts of papers by potential presenters at the conference.

A large, confident man, Slim says he has studied viruses all his life, and as they “operate in particular ways” they can be controlled ‘ and he is convinced the HI Virus can also be controlled.

Until recently, Quarraisha ‘ intense and very committed to her work — headed the MRC’s HIVNET project, which is preparing communities for HIV vaccine trials.

Right now, she’s finishing off her PhD through the University of Natal ‘ something that has always been pushed on to back burner by urgent research.

At the same time, she is the regional co-ordinator of Columbia University’s Fogarty AIDS international training and research programme, a consultant for the International AIDS Vaccine Initiative and an executive member of the HIV Prevention Trials Network Leadership Group.

Aside from their incredibly busy professional lives, the Abdool Karims also have three children, Safura (8), Aisha (5) and Wasim (19 months).

Although primarily a scientist, Quarraisha served briefly as the democratic government’s first HIV/AIDS director in the Department of Health in1995 and 1996.

She left shortly after the Sarafina II debacle, in which the department spent millions of rands on an AIDS education play that overspent its budget and collapsed after a few performances.

“I felt that AIDS was too important an issue to have baggage. I had also done what I could. I had put a strategic plan in place and it was now a management task to ensure that it was implemented.”

Unfortunately, that plan has never been implemented. Nevertheless, Quarraisha does not condemn her successors. Instead, she says her experience on government taught her “about the difficulty of translating research into policy and then implement this”.

Quarraisha is passionate about the need to protect young women ‘ the most vulnerable to HIV infection. Through years of research in some of the poorest areas of KwaZulu-Natal, Quarraisha has seen the effects of HIV/AIDS on women ‘ and how little power they have to insist that their partners use condom.

She argues that, as far more young women are HIV positive than men, a gender-specific approach to the epidemic is vital.

Much more money should be pumped into developing microbicides — chemical barriers such as gels or sprays that a woman can insert vaginally to repel viruses without the knowledge of her male partner, argues Quarraisha.

Slim agrees, saying that the “transmission dynamics of HIV “dictates that we deal with young women ‘ the largest group affected by HIV.

“Male contraceptives are doomed, whereas female ones work. But the only tool being used [against HIV/AIDS] is the male condom. Given that young women are central to the epidemic, an effective microbicide could turn the tide in this country.”

Quarraisha takes this further: “HIV/AIDS is not just a health problem. The epidemic is a socio-political phenomenon. The root cause of women’s vulnerability to sexually transmitted diseases is women’s lack of empowerment. If we don’t address this, we won’t make progress.”

While her main area of research is vaccine-related, Quarraisha warns against seeing the vaccine as a “magic bullet”, saying that a vaccine is probably at least eight years away.

Slim says it will take at least 10 years before a vaccine is available in clinics. But a phase one vaccine trial ‘ which will test the safety of the vaccine — will start early next year in Durban.

The MRC’s application for a $10million South African HIV vaccine trials unit was received favourably by the US government research body, the National Institutes of Health (NIH) ‘ an achievement that Slim regards as a highlight of his career.

Not only has South Africa been accredited as “one of 10 international sites involved in testing, but we are the only one that has a non-US principal investigator,” says Slim. “All the others are held by American researchers.”

Slim is one of a handful of South Africans on President Mbeki’s controversial AIDS panel, but he says that “it is unfortunate that other prominent South African AIDS scientists were not included so that the recommendations of the panel could have benefited from their contributions as well”.

“I am a strong supporter of our fledgling democracy ‘ and we look to our government for leadership in the struggle against HIV/AIDS,” says Slim. “Should the government make antiretroviral drugs available to pregnant women to reduce mother-to-child transmission, it would be a very significant step forward.”

Despite working in the same field, Quarraisha says she and Slim are “very independent” and “complement rather than crowd” each other.

The eyes of the country and the world are on the Abdool Karims as the desperate search for an AIDS vaccine continues. ‘ Health-e News Service.

More infants could be born free from HIV in South Africa. This follows the recent introduction of the National Plan for Acceleration of the Prevention of Mother to Child HIV Transmission programme, or PMTCT A-Plan.

“We are burying about three truck drivers a day because of AIDS, and at this rate we will have no drivers left by 2003,” says Paul Matthew, acting chief executive office of the Road Freight Association’s training board. But even though forecasts for the trucking industry are dire, Matthew says it’s a “slow process” getting employers to put money into fighting the epidemic.