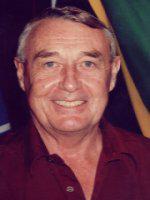 It’s like putting a man on the moon. They believed and knew they could do it. We believe and there is a firm scientific conviction that a vaccine against AIDS will be developed.” Dr Walter Prozesky, the driving force behind South Africa’s effort to find an AIDS vaccine, speaks this with “firm conviction”.

It’s like putting a man on the moon. They believed and knew they could do it. We believe and there is a firm scientific conviction that a vaccine against AIDS will be developed.”

Dr Walter Prozesky, the driving force behind South Africa’s effort to find an AIDS vaccine, speaks this with “firm conviction”.

Prozesky, who describes himself as having always being much more interested in the “causes of things”, heads the SA AIDS Vaccine Initiative (SAAVI).

“I love people, but I always wondered what lay behind the diseases and conditions I was treating people for,” says Prozesky, who studied medicine.

Prozesky’s achievements since his birth in Boksburg 62 years ago are impressive.

Born “just before the Second World War” his family travelled a lot after Prozesky’s German-speaking father lost his job as a teacher during the war.

“I went to seven primary schools, but eventually we settled in Pretoria where I matriculated with distinctions in all my subjects.”

Prozesky went on to study medicine at the University of Pretoria (UP) and completed his internship in Kroonstad. It was here where he decided to go into microbiology.

“In my third year of medicine I was spotted by Professor Jack Coetzee, a brilliant microbiologist, who told me to come and work for him as soon as I graduated.”

Prozesky later started the Department of Medical Virology at UP before heading the National Institute of Virology in Johannesburg.

He was later recalled by the UP and appointed as a deputy vice-chancellor.

Six years later Prozesky found himself at the Medical Research Council after being headhunted for the deputy-presidency.

In 1992 he was appointed as president, a position he retired from six years later.

Now Prozesky finds himself facing what will probably be his biggest challenge, driving an initiative to find a vaccine against an epidemic which has seen more than four million South Africans being infected and thousands of children orphaned.

And he is convinced that this will be achieved within the next five years.

His first encounter with AIDS was in 1981 when he was member of a team of scientists who diagnosed AIDS in South Africa.

They diagnosed, what was later identified as the type B virus (prevalent in the western world), for the first time in two homosexual men. Five years later the heterosexual epidemic started, caused by the type C virus .

“We realised then (1981) that this disease had the potential to become a serious threat, but I don’t think we really knew at that stage to what extent we would be affected, because it was then thought to be only disease of homosexual men.”

Prozesky describes the “first prize” as a sterilising vaccine that will give the person immunity for life, “enabling us to completely control the epidemic”.

The next best vaccine would be one that was 50 percent effective. “It’s not the best, but at least we would be able to save half the people who died before and they live longer and infect fewer other people.”

Third prize would be a vaccine that only decreased the person’s viral load, making him or her non-infectious to others, and so drastically decrease the number of cases.

“We are going to get one of the three,” a determined Prozesky said.

SAAVI, which co-ordinates the search for a vaccine, was set up last year between government departments, research institutions and industry. Already ESKOM has given a grant to match that of government.

“Industry is realising that this disease is going to cost them billions in a few years time and they need to do something now.”

The majority of countries in sub-Saharan Africa rely on foreign funding to run their national AIDS programmes. But this over-reliance on donor agencies is now proving unsustainable as funders are freezing or reducing their support. Thus, local governments are now required to look no further than inward to save their own. 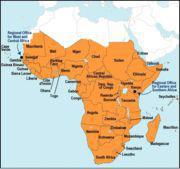 Carrying a badge and wearing a uniform have not stopped Kuruman police from allegedly threatening sex workers in an attempt to coerce sex workers to provide their services for free, according to Northern Cape Provincial AIDS Council Chairperson Beau Nkaelang.

The Collaboration for AIDS Vaccine Discovery (CAVD) network has made considerable progress towards the goal of developing an effective vaccine against HIV.