Home » The highs and lows of the AIDS 2000 conference 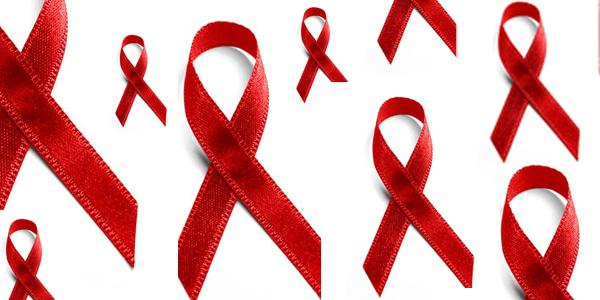 Now that the delegates have left town, the exhibition halls emptied and the media centre silent, what impact has the 13th International AIDS conference had on efforts to prevent and treat the disease in our country? Sue Valentine reports

The highs and lows of the AIDS 2000 conference

Twenty years into one of the world’s most devastating epidemics, it was long overdue that the continent worst hit by the disease should host delegates from around the world at the 13th International AIDS conference.

They nearly did not come. Months before there had been talk of a boycott to protest the stance adopted by President Thabo Mbeki in questioning the link between HIV and AIDS and his courting of AIDS denialists a small group of scientists long ago left behind by the vast body of scientific literature on the nature of HIV/AIDS.

However, when the final counting was done, more than twelve thousand delegates registered in Durban and Africans comprised some four and a half thousand of that number.

The Durban conference was a first in many respects. Not only was it the first time the conference had been held in the developing world, it was the first time that community organisations had a significant presence with a specific programme which allowed people from outside the scientific community to exchange their expertise.

It was also the occasion for announcements of developments in the quest for an anti-AIDS vaccine. Although most experts agree that an effective vaccine is at least five to ten years away, it was announced that the first human trials of a vaccine to combat HIV subtype A, the virus most commonly found in central Africa would begin in Oxford in August.

The South African Vaccine Initiative announced it would begin trials next year of a vaccine designed to prevent transmission of HIV subtype C.

The science aside, it was the community aspect of the conference that breathed new life into the debates and brought an urgency to proceedings.

The mood was set by the first ever march by AIDS activists in South Africa demanding access to treatment and the availability of antiretroviral drugs to prevent mother-to-child transmission of HIV.

On the Sunday afternoon before the opening ceremony, some three thousand people gathered outside the Durban City Hall to endorse the call for pharmaceutical companies to put people before profits and for government to intervene rather than react with fatalistic acceptance to the impact of HIV/AIDS.

ANC Women’s League president, Winnie Madikizela-Mandela allied herself firmly with the call for access to treatment, as did the PAC’s Patricia de Lille and Anglican Archbishop Njongonkulu Ndungane [check spelling]. To resounding cheers Madikizela-Mandela said that if the government were to harness the same amount of energy and resources to address HIV/AIDS as it had in bidding for the 2006 World Cup, millions of lives could be saved.

In stark contrast to the buoyant mood of the afternoon, the anticipation that hovered over the opening ceremony dissolved quickly as President Mbeki’s address failed to offer a compassionate, strategic response to South Africans living with HIV/AIDS.

In a heavily nuanced speech the President drew attention to the crippling impact of poverty on the life and wellbeing of Africans, but failed to make any unequivocal statements that clarified his response to the virus.

There was no call to action, no bold leadership, no sense of urgency. For those who had hoped for more from one of Africa’s most eloquent and intelligent leaders, it was a bitter disappointment and all the more ironic given the conference theme of “Break the Silence”.

Mbeki’s approach, especially his point that poverty, rather than HIV, causes AIDS, was characterised by one delegate who said Mbeki was right on the sociology of the disease, but wrong on the virology.

However, as Judge Edwin Cameron argued in his keynote address, the South African government had not been silent on the issue of AIDS. “Instead there has been a cacophony of task groups, workshops, committees, councils, policies, drafts, proposals, statements, pledges,” he said. “But all have thus far signified piteously little.”

It was all the more iniquitous because treatment was available to people like himself who could afford to “purchase their health,” said Cameron. Access to drugs saved lives. The sharp decline in the number of AIDS deaths in western countries which offered access to drugs was testimony of this.

Despite a defensive response by health minister Manto Tshabalala-Msimang to these accusations, the health department made little of its daily opportunities to convince the media of its commitment to act quickly and effectively to prevent and treat HIV/AIDS.

For the past 18 months, the government has failed to supply anti-retroviral drugs to prevent mother-to-child of HIV, citing high prices and possible drug toxicity as the reasons.

When the results of the South African Intrapartum Nevirapine Trials (SAINT) were presented during the conference (which showed that the transmission rate from mother to children could be cut by “at least one third” from a single dose of Nevirapine), the department said it was “very pleased” with the results. However, it added that further work was needed “to confirm the safety and efficacy” of the drug.

When it was pointed out that the researchers had been entirely satisfied with the safety of the drug, the department said its chief concern was the development of resistance to the medication. On one point the department was decisive it had no problem with the cost of Nevirapine.

Access to Nevirapine for HIV positive pregnant women was further enhanced by the offer made on the eve of the conference by Boehringer-Ingelheim (one of the pharmaceutical “big five”) to provide Nevirapine free of charge for five years to prevent mother-to-child transmission of HIV.

As a further spur to government, the Treatment Action Campaign announced it would prepare to serve court papers on government to ensure that it provide Nevirapine to HIV positive pregnant women.

A week since the results of the SAINT study were presented, there has been no response by the government as to when it might make Nevirapine available.

The conference may be over, but for every day that passes without access to treatment, the lives of those people living with HIV/AIDS are put further at risk. Health-e News