Consumers using prescription drugs are confused and it’s hardly surprising. The health department recently implemented a range of regulations to reduce the price of prescription medicines and to ensure transparency. Opposition from pharmacists has added to the confusion and, in some instances, a hike in drug prices.

The much touted refrain from the early nineties ‘ Packing for Perth ‘ has once again reared its head as angry South African pharmacists threaten to close shop and go in search of greener pastures in countries such as Australia and New Zealand.

However, if they opt to investigate their options they may find the grass is not as green as it seems. Pharmacies in among others Australia, New Zealand, Canada and the United Kingdom have been at the receiving end of government regulations for some years, most of them more stringent than the South African version.

In fact their foreign counterparts made the principled shift between 15 and 20 years ago, realizing that they need to find ways to balance the trade and professional aspects of the business.

Dr Anban Pillay, the health department’s director for pharmaceutical economic evaluation, said the regulations in South Africa were much lighter than those in the Organisation for Economic Co-operation and Development countries (About 30 countries sharing a commitment to democratic government and the market economy).

It is important that South African consumers do not lose sight of the fact that the battle is about making cheaper medicine available and creating a transparent system. To achieve this, the oversaturated pharmacy market in South African’s urban areas may need to shrink.

Local statistics reveal that an average South African pharmacy serves less than 3 000 people, very low by international standards. For example, there are nearly 5 000 people per pharmacy in the United Kingdom while there is one pharmacy for every 17 000 people in some Scandanavian countries.

It is therefore perhaps not surprising that many outlets are on the brink of going under. The Pharmaceutical Society of South Africa’s (PSSA) Lorraine Osman estimated some time ago that at least 30% of pharmacies are already ‘struggling’.   This was before the regulations came to play.

Earlier this year, the PSSA revealed in a submission to the Department of Health that 24% of pharmacies were loss-making businesses.

Initially the pharmacy sector welcomed the regulations that medicine prices would come down (government has indicated from 1996 that it was intending to regulate the sector), but experts believe pharmacists did not fully understand the consequences.

While pharmacists may have been happy to hear that medicines prices would come down they lost sight of the fact that their profits were based on percentages and, by reducing drug prices, the pharmacists’ percentage of  profit margins were set to shrink. They are now being squeezed by the reduction in prices along the chain.

It came as a huge surprise to the PSSA, New Clicks, Netcare and others when the High Court recently ruled in favour of the Department of Health, declining to overturn the regulations.

Refusing to abide by the ruling, the aggrieved parties have now applied for leave to appeal. In the meantime many pharmacists are taking advantage of the confusion by adding on administrative fees for phone calls, photocopies, electronic submissions to medical aids and so on.

On the flipside, pharmacy chain Dis-Chem announced some time ago that they were happy to charge the prescribed dispensing fee of 26%, capped at R26. There was a howl from the pharmacy sector, quick to point out that Dis-Chem also owned a wholesale company.

This should not matter as at the end of the day the consumer benefits.

It is clear that many pharmacists are not prepared to make the principled shift required. Instead they are intent on continuing to try and create confusion in the minds of consumers, using the situation to load prices and make excessive profits.

It is important that pharmacists find a way to balance the trader and professional aspects of their jobs. Unless they sell a product they will not make money, but they may want to consider the Canadian model whereby a consulting fee is charged whether a product is sold or not. The pharmacist is then reimbursed for their professional advice. Indications are that the Pharmacy Council will propose a similar model in South Africa.

Many pharmacists have introduced a 10% levy on prescription items, described as an “administration fee”. This move is illegal unless the costs are itemized and only specific services may be charged for.

According to Pillay these charges are illegal as they do not reflect any additional service. Acceptable administration fees included photocopying, faxing and telephone calls on behalf of patients, but these charges need to be itemized.

Dispensing fees, regulated by the Medicine Control Act, relates to the review of a prescription, compilation, packing and labelling of the medicine and advising the patient on how to use the drug and any related counselling.

New Clicks is charging R15 an item for processing medical aid claims or registering chronic medicine while Medicare has introduced a R35 administration fee.
These moves should outrage consumers who have for many years been on the receiving end of excessive prices, paying huge profits into the pockets of all those along the supply chain, including pharmacists.

Currently, a scheduled drug has to have a Single Exit Price on the packaging, printed by either the manufacturer or the pharmacist. The maximum dispensing fee that can be added to the single exit price is R26.

Should pharmacists charge administrative fees, these need to be itemized and explained to the consumer.

Indications are that government will maintain a hands-off approach and not regulate further to bar pharmacists from charging administrative fees. There is a hope that most pharmacists will opt not to follow this path and benefit from an increase in trade as consumers opt to support those who do not charge all kinds of fees.

It is not surprising that pharmacist are resisting. For years what have not been regulated, able to manoeuvre around any attempts to regulate. Experience worldwide has shown that this reaction is to be expected.

Government have put the regulations in place. It is now time for consumers to start making informed choices.

The dust will settle and the situation will be remedied if consumers vote with their feet, refuse to accept high prices and opt to support those dispensaries prepared to offer them a fair and transparent deal.

After a seemingly never-ending seven-year legal battle with the Mpumalanga Health Department, Dr Malcolm Naude’s struggle is almost over. The Labour Court in Johannesburg heard closing arguments from both sides this past Wednesday and judgement was reserved. 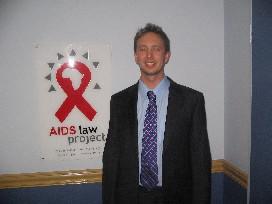 Although South Africa has just a 0.7% of the world’s population, it has 17% of the global HIV burden. In addition, our tuberculosis epidemic is one of the worst in the world, and is further complicated by growing drug resistant strains of TB and a high level of HIV-TB coinfection.