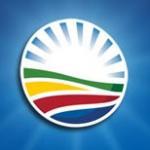 Democratic Alliance leader Helen Zille enters the National Health Insurance debate in her weekly newsletter South Africa Today. She argues that NHI would deepen the failure of public health and reduce the benefits of private health.

Everybody is agreed about one thing on South Africa’s health care system: it needs drastic improvement.   It is disgraceful that life expectancy is now lower than it was under apartheid.   It shames our humanity when babies die in our public hospitals through lack of elementary hygiene.   It degrades our society when the poor and the sick are unable to get decent medical treatment.

South Africa now has a private health sector that provides an excellent but expensive service to a minority (7 million people are covered by private medical aid schemes), and a public sector that provides a poor and deteriorating service to a majority (42 million are not).   Given the choice, everyone, including every ANC politician, would opt for private health treatment.   The Minister of Health has candidly admitted he does so himself.

Reform of our health system must aim at correcting the failures in public health and spreading wider the successes in private health.

Unfortunately the ANC’s proposed National Health Insurance (NHI), which is estimated to cost R100 billion a year, would do neither.   It would deepen the failure of public health and reduce the benefits of private health.   It would spend a bigger proportion of funds on bureaucrats rather than doctors.

It would cause further demoralisation among doctors and nurses, and drive even more of them abroad.   It would condemn even more poor people to abysmal health care.   The squalid scenes we see in so many of our public hospitals, of long queues, of soiled beds, of blood, urine and used needles on the floor, of lavatories without seats and of overflowing rubbish bins, would become more frequent.

Dr Blade Nzimande, head of the Communist Party and Minister of Higher Education, accused critics of the NHI of being “capitalist vultures”.   But Comrade Nzimande earns over R2 million a year and could easily afford expensive private health care if the NHI completely wrecked our public health system.   If it wrecked our entire health system, he could afford to scurry overseas for treatment.   Julius Nyerere, the African socialist who set up Tanzania’s nationalised health system, himself chose to die in a private hospital in England.

The details of the NHI are vague and the ANC seems to want to avoid debate on them.   But every employed South African would have to contribute to the NHI.   Members could choose from a list of accredited public or private health providers.   The national health budget would go up at least 40%.   The private health providers would receive less per patient than they are now doing under medical aid schemes.   Everyone will be allowed three visits to their chosen doctor or clinic.   The NHI would get funding from taxes, a new compulsory pay roll levy and public medical scheme contributions.   Cuban doctors would be brought in to make up the shortfall in South African doctors.   A state manufacturing company would make up the shortfall in drugs.   An ANC task team refers to it as a “mechanism for cementing social solidarity in the health system”.   It is of course a mechanism for destroying the health system.   The NHI will take those most responsible for crippling our present public health, the inept state bureaucrats, and give then enormously more power over the whole health system.

It is difficult to avoid the conclusion that plans for the NHI are driven more by ideology than concern for the welfare of the South African people.

In the field of education, the ANC spends a lot of energy undermining the Model C schools, which are doing well, but ignores and neglects most of the public schools that are doing badly.   In health it seems to be doing the same, attacking the successful private sector by this ruinous expansion of the bureaucracy that currently mismanages the public sector.

The DA takes a different approach based on the simple aim of finding the most just, efficient and economic system of providing every single South African with decent health care.   We do not want revolutionary change.   We just want to fix what is broken and to extend what is working well.

It is extremely important to realise that the failure of our public health sector is not just a matter of funding.   It is true that the money spent on each private patient is more than that spent on each public patient.   It is also true that there was damaging under-funding on public health for ten years after 1996.   Health funding must indeed be increased.   But the deaths of 22 babies at Mahatma Gandhi Hospital in Durban in 2005 and the deaths of 2000 babies over 14 years at Frere Hospital in East London were not caused by lack of funding.   They were caused by bad management, which failed to implement the most basic standards of healthcare.   Bad management at Ukhahlamba in the Eastern Cape failed to give babies simple rehydration with water, sugar and salt (items that do not require large funding) and so caused their deaths. Bad management is the primary reason for the decline of our public health.

This week, Prof Di McIntyre, of the Health Economics Unit at the University of Cape Town, wrote, “It was not long ago that South Africans from all walks of life were entirely confident in the services provided by public hospitals”.   In 2001, the former ANC health minister in the Eastern Cape, Dr Trudy Thomas, said that the ANC promise of “A better life for all” had in practice been “Worse services for all”.   Of public health under the ANC, she spoke of “a steady, visible and measurable deterioration”.   It would seem almost unbelievable to anyone living in apartheid times that some public hospitals would be worse after apartheid had ended, but such in the case, thanks mainly to bad health managers.   To make things worse, a large number of them are “acting” managers.

You cannot change a bad manager into a good manager by doubling his salary. In the Free State only 5 out of the 31 hospital managers have the necessary qualifications.   The manager of the East London Hospital Complex, which includes Frere Hospital, is an ex-ANC councillor with a degree in politics. It is essential to appoint properly qualified managers to run our hospitals rather than unqualified cronies, family friends and party loyalists.   The state hospitals that do have good managers provide a good quality of care.

However, even the good managers are hobbled by an antiquated administrative structure that requires hospitals to be managed by provincial departments. They cannot use the money they earn from fees but must pay it to the province. They cannot make their own senior appointments in the hospital. They are impeded by a remote, slow moving and incompetent bureaucracy.

The DA wants to see hospital managers appointed on their qualifications, experience and record.   We also want hospitals to be given a large degree of autonomy, freed from the dead hand of the state.

Our doctors and nurses in the public sector are too few in number and disgracefully underpaid.   The number of medical graduates has not increased over the last decade even though more of them are emigrating while the population and the disease burden have increased.   The DA wants to train more doctors and nurses and pay them better.   We should allow private medical schools as we allow private nursing colleges.

The DA wants a fruitful co-operation between the private and public health sectors, rather than the strained relations that now exist because of ANC’s attitudes.   The private sector could help provide managerial and administrative support to the public sector.   It could help with the training of medical interns.   There could be a requirement that, in order to stay registered, private doctors would have to work a certain number of hours in the public sector each year.   There could be more private wards in public hospitals, to the benefit of both sectors and their patients.

More power of choice needs to be given to patients, public and private.   An impartial system of rating hospitals by quality of service should publish its results, allowing patients to choose the best, promoting competition among them.

One of the most intractable problems of health care down the ages has been incentives for doctors.   Doctors are, of course, dedicated practitioners but they are also human, with a human desire for better income and more leisure. If doctors get paid for each treatment they provide (medicine, surgery, investigations etc), their incentive is to over-treat, and we can see this happening in some private hospitals, with, for example, an excessive number of Caesarean births rather than natural births.   If the doctors are paid on the basis of the number of patients they see, their incentive is to under-treat.   This problem has never been fully solved but can be mitigated with sensitive and intelligent oversight of treatments by hospital and medical aid managers.

There is no perfect health system on Earth but some are very good, including those of Canada, Singapore and Taiwan.   In all three, the state and the private sector work together as a team.   This is what is required in South Africa too.     The DA does not want to harm or curtail the private health sector.   We want to encourage it and work with it and use all of its skills and advantages to help improve our public health, and so to improve the health of all South Africans.

Reproductive justice is a win-win situation where everyone benefits and a South Africa universal health coverage funding model should ensure this, writes Marion Stevens.

The National Health Department says it is working on building stronger relations with the private sector to address issues of trust. It says it is important for the public and private health sectors to work together to build an effective National Health Insurance (NHI) system. 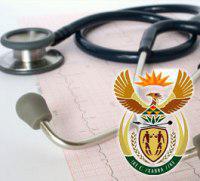 Eastern Cape’s Oliver Tambo district remains the worst place to get health services, in the District Health Barometer 2011/12, which compares health indicators in the country’s 52 districts.