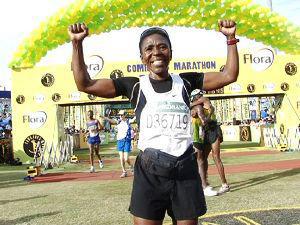 On Sunday 30th May, more than 23 000 runners took part in the Comrades marathon between Pietermaritzburg and Durban. One of the teams that participated was a group of HIV+ athletes. In this insert the runners from Positive Heroes explain the importance of showing that people with HIV are still able to achieve their dreams. 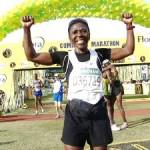 Evelina Tshabalala is part of a team from Positive Heroes

Positive Heroes is an organisation of people living with HIV. They are ordinary people, doing extraordinary things. Evelina Tshabalala is part of a team from Positive Heroes, who will run this year’s Comrades marathon.

Evelina: I’m an athlete, I said OK I think we can make a team for athletes like to show people that we can do it even if you have HIV

It’s 5.30 in the morning in Pietermaritzburg, and the start of the Comrades marathon.   These runners face a gruelling 89km before they finish in Durban.

For the members of Positive Heroes, living with HIV hasn’t stopped them from competing’¦. They simply take their treatment on the run.

Evelina: The whole team will be taking their ARV’s during the race, myself I take mine at 7 o’clock. But even when I’m running I feel myself that something must happen now and then I check my time and I see its 5 min to seven so I take my ARV’s.

One of the other team members, Kenneth methula was hospitalised last year with tuberculosis. He’s run the Comrades seven times before’¦ but this year is different.

Kenneth: But for me this is my eighth race and I have no fear, I have no fear (laughs). It’s just that it’s my first year running with this virus, so I musn’t panic, and I don’t want to do anything that will make me doubt.

Willie Engelbrecht discovered he was HIV positive in 2001. He has continued to run marathons to prove he too can achieve great things’¦. Despite his HIV status.

Of the 23000 runners who started the race, not all of them completed it. All of the positive heroes team crossed the finish.

Participant: I feel very well, very strong. I was so happy, I break my time, my 10hours.

The comrades marathon is the ultimate test of human endurance, and it’s a major achievement for any runner.

This was best race, I don’t feel sore in my body and it’s my 4th comrades that I’ve done

I can tell other people who are sick, who are also HIV positive, they can also do what I’m doing and they can also live healthy.