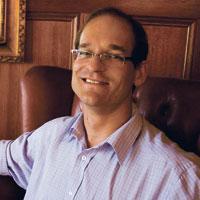 Conference chair and president of the Southern African HIV Clinicians Society Dr Francois Venter opened the conference recalling the ‘various terrible milestones we have marked in our fights with government’.

‘This is the first time we are working out our problems together,’ he said, adding that for the first time scientists and researchers felt that government ‘respect us and want to hear what we have to say’.

Deputy-President Kgalema Motlanthe was due to address delegates, but led a delegation to a high-level meeting on HIV in New York. He sent a recorded message.

Venter welcomed the development stating that ‘South Africa needs to get out there and assume the leadership role we have been waiting for so long’.

Mark Heywood, for many years at the centre of the country’s activist response and head of Section27 (formerly AIDS Law Project), said the political environment was ‘unrecognisable’ compared to 10 years ago.

‘Five to six years ago we gathered in this hall and we were lectured on beetroot and garlic. Today we stand in the shadow of a Minister of Health we feel very proud to work with,’ said an emotional Heywood.

Heywood, who delivered the Nkosi Johnson Memorial Lecture, in partnership with Mandisa Dlamini, the daughter of slain AIDS activist Gugu Dlamini, said much still needed to be done.

‘We can’t rest on our laurels and feel good,’ Heywood warned the more than 3 000 delegates.

Venter highlighted the achievements under the leadership of Motsoaledi.

Since April 2010, government is claiming that almost 12-million people have been tested for HIV.

The country has more than halved the cost of HIV treatment, making it one of the cheapest chronic diseases to treat.

Almost 1,4-million people are alive and well on antiretrovirals (400 000 started in the last year). ‘Not many things in medicine can save this number of people,’ said Venter. The goal is to have 2,3-million people on treatment by the end of next year.

Venter also welcomed news that tuberculosis is ‘finally’ a major focus. ‘It has been an orphan for decades and for the first time it is regarded as the emergency it actually is,’ he said.

Venter shared some details on presentations this week that will highlight the impact of antiretroviral treatment.

‘Before ARVs between 40 and 50% of all South Africans were dying of HIV. In 1997 the death rate was going up. In 2004 we started the ARV programme and for the first time in a decade we are now seeing the number of deaths going down,’ he said.

‘Imagine the number of deaths diverted if we start treatment at a CD4 count (measure of immunity) of 350,’ Venter added.

Addressing the so-called backlash against AIDS funding, Venter said that if anything else evidence showed that not enough was being spent.

He added that there was no evidence that HIV was taking money away from other programmes. ‘If anything HIV has increased the pie for health,’ he said.

Venter said the argument that money had to be taken away from treatment and targeted at prevention ‘makes me sick’.

‘Of course we need to invest in prevention, but ARVs are magic muti and takes you form zero to 100 in no time,’ Venter.

He quoted from a piece written by AIDS activist Gregg Gonsalves: ‘It is not acceptable to tell people we have what it takes to keep you alive, but we are not going to pay for it. We are going to send you home and your family can watch you die.’

Chief Justice Sandile Ngcobo delivered the keynote address, reminding delegates on how the law had played a critical role in bringing about change.