Home » Charting a new course for HIV and TB 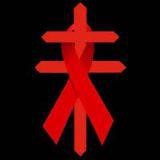 Charting a new course for HIV and TB

Speaking in his capacity as deputy chair of the SA National AIDS Council (SANAC), Heywood said the 2007-2011 NSP was ironically much closer to achieving its treatment goals than anticipated.

Stakeholders had to fight very hard to include the ambitious treatment targets amid opposition from former health minister Dr Manto Tshabalala-Msimang and her Director General, Thami Mseleku.

The main goals of the current NSP’s are the halving of new HIV infections and expanding access to treatment and care to 80% of all HIV positive people and their families by the end of this year.

Latest statistics indicate that 1,4-million South Africans are currently alive and well on antiretroviral treatment, estimated to be close to 80 percent of those who need treatment who have CD4 counts of 200 and below. The aim is to increase this to 2,3-million by 2012, and to expand treatment to those with CD4 counts of 350 and below, as recommended by the World Health Organisation.

According to government, almost 12-million South Africans have had HIV tests since April last year.

Several sessions at the AIDS conference this week attempted to garner input on what should be included in the next NSP, which will guide the country’s HIBV/AIDS response for the next four years.

Heywood said that the new NSP had to ensure there were structures in place to measure HIV incidence with a bigger focus on prevention.

‘The next NSP must be more strategic, simpler and easier for people to mobilise around. Our first departure from the old plan also needs to be the inclusion of tuberculosis,’ said Heywood.

He said the first step would be the development of a national strategic framework within which provinces, government departments and civil society organisations would be able to develop operational plans.

The second step would be the development of operational plans in the provinces led by premiers. Deputy President Kgalema Motlanthe, who also chairs SANAC, is understood to have sent a letter to the premiers in this regard, urging them to have these operational plans in place by December 1 this year.

‘The health department has played a crucial role in the NSP and SANAC up to now, but other crucial departments did not do the same,’ Heywood said.

An audit of the 19 civil society sectors in SANAC was also underway, establishing their ability to implement an NSP framework.

It is expected that there will be some rationalisation and amalgamation in this sector.

Three strategic campaigns are likely to emerge, all underpinned by a vision of zero new infections, zero deaths and zero stigma.

The first campaign will focus on testing and knowing your status. The second campaign aims to mobilise South Africans around health and wellness with access to treatment the main aim. ‘ Health-e News Service.

The third campaign will aim for safety and dignity for all people living with HIV/AIDS – stopping violence aimed at those living with HIV as well as discrimination in the workplace.

He said the 2007-2011 plan had failed dismally when it came to monitoring and evaluation and that a simpler plan had to be formulated in the new NSP.

Dr Yogan Pillay, Deputy Director General in the national health department cautioned against setting too many objectives adding that the two main targets in the current NSP had been an advantage.

‘I think it’s important that we figure out how to hold roleplayers accountable. The health department was crucified at every meeting, so we are keen for the new NSP to be far more inter-sectoral,’ said Pillay.

He said that far more attention had to be paid to what happened at district level or ‘we will have a good plan and no implementation’.

Dr Francesca Conradie, a top HIV Clinician, said one way in which the new NSP could meet most of its targets was to place all patients with a CD4 count (measure of immunity) of 350 onto antiretroviral treatment (ART). South Africa’s current guidelines state that all those with a CD4 count of 200 be placed

on ART. Pregnant women and people with tuberculosis are initiated at 350.

Heywood said he would be the first to admit that ‘we absolutely have to reform SANAC’.

‘SANAC is not working efficiently and we need an accountable, leaner and more efficient body to oversee the implementation of the next National Strategic Plan (NSP),’ he said.

‘It had been created in a different age of the response,’ said Heywood, alluding to the fact that the first NSP was created amid much antagonism in the time when Tshabalala-Msimang was still the health minister.