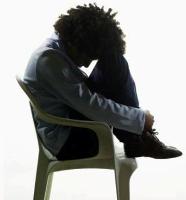 People living with HIV/AIDS often endure lack of support from friends and family and suffer low self-esteem, which may result in depression. This can complicate one’s journey to a healthy life.

It is often expected that some people will feel down and distressed when diagnosed with a condition such as HIV or AIDS. For some, these feelings will be short-lived, while for others they will continue for longer and even spiral out of control. When these feelings persist, there is a danger that they can stand in the way of a patient making a good recovery. In such events, the help of a counsellor or psychologist is needed.

‘It’s very difficult for people who just found out that they are HIV-positive because lack of knowledge makes them to get depressed. Some will even tell you that they want to commit suicide because they can’t live with HIV’, says Sebenzile Dlangamandla, a counsellor at Zuzimpilo, a clinic in Johannesburg.

Dlangamandla says the most common sign of high levels of stress and misery in people living with HIV is social isolation.

‘The patient will like to stay alone.   You’ll find them sitting alone in their rooms and not communicating with anyone. That’s often a sign that the person has not accepted their HIV status’, she says.

Dlangamandla says most patients view HIV as a death sentence when they get diagnosed.

She adds that the fear of stigma is still a big challenge. She says, in her experience, women present a lot of stigma-related fears and, as a result, tend to keep their infection a secret.

A 35 year-old Johannesburg woman who does not want to reveal her identity tells us that she has been living with HIV since 2004. We will call her Nobantu Ngqina for purposes of this report. Nobantu says, although she has accepted her HIV status, she is yet to tell her long-term partner that she is HIV-positive.

‘It’s difficult for me to tell him about my status.   We’ve been together for a long time and I’m scared he might leave me.   But I have encouraged him to go test with me’, says Nobantu Ngqina.

Nobantu says she does not believe she is putting her partner at risk by not revealing her HIV status to him.

She says disclosing her status to her partner is one of the hurdles that she has had to overcome. She recalls a time after her diagnosis when she could barely cope with the fact that she has HIV infection.

‘I thought my life was over and I wanted God to take me.   But, as time went on, I noticed that I can live a long life. It happens that you get depressed and think that life is not worth living anymore. But, because I had my mother’s and sister’s support, I was able to accept my HIV status.   When you first find out about it, you just want to cry. But it gets better when you talk and cough it out with people you trust’, says Nobantu Ngqina.

‘Sometimes the support is more than the treatment. You can take the treatment, but if you don’t have support from friends and at home, you can’t be strong. But with support, I think the patient can be stronger. If you are sick, you can really get better by just having someone next to you’, she says.

Dlangamandla encourages people who have just found out that they have HIV to seek help if they can’t deal with the news that they have HIV. She says it’s also important to find out about the stage of their infection so that they can get help to stay as healthy as possible.

‘If you have tested positive for HIV, you should go to the clinic to find out about your CD4 count’, Dlangamandla says.