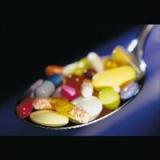 The City of Johannesburg boasts to have contributed to the national AIDS treatment programme by placing 16 000 residents on Anti-Retroviral Treatment (ARVs) since 2004 and the city officials say the number is increasing.

Sixty-seven percent of the 16  000 people on Johannesburg’s AIDS treatment programme are women. The City of Joburg’s Director for HIV/AIDS and STI’s, Noko Leopeng, says this is because health-seeking trends continue to show that women are more likely to present themselves at health facilities than men are.

‘Women’¦ we are sitting at 67 percent, about two percent are children and the remaining 30 percent are males. When you look at the number of people who got tested versus the test results which came out positive up to June 2011, our positive rates are sitting at 20 percent, which is quite good because we are below the national average’, Leopeng says.

The national average of HIV infection currently is between 16 and 19 percent. There are 81 clinics currently run by the city of Johannesburg and 40 of those have ARV sites. Leopeng says this spells good news.

‘What it means is that now we have 40 active sites. We have more people that we can provide treatment to, but also from the community side, it’s easier access to treatment sites. People used to have to travel long distances and spend a lot of money trying to get to the nearest available ARV clinic. With more clinics being activated, that becomes less of a problem to them’, says Leopeng.

The City of Joburg recently opened its 40th ARV site in Weilers Farm, south of Johannesburg. It is already rolling out ARV treatment to 1 000 people in that region. The area falls under Region G, which covers areas like Eldorado Park, Ennerdale and Orange Farm, among others. Officials here say accessibility to health services was a key challenge because they did not have the means to get to the clinics.

‘Access is a major challenge in our communities. Some of them have to walk to access services. Normally, they will walk to Lenasia which is very far, so this clinic will be helpful. That is what we are about’¦ to make sure that primary health-care reaches our communities. This area is quite vast. Transport becomes an issue. We have made sure that health services are available’, says the regional health manager, Nelly Shongwe.

Patients who will be benefitting from this site are pleased that they will no longer have to travel to Chris Hani Baragwanath Hospital, in Soweto, for their ARV treatment.

‘I am very happy because I will be able to access my treatment closer. We have a problem of receiving medical attention. For example, when we call for an ambulance, it never comes. Sometimes, we skip our dates, then, we have to start all over again. That is our main worry’, says Lerato, a resident of Weilers Farm.

‘I am just grateful that we now have a clinic closer to us. We don’t have to worry about transport, especially, because most of us are unemployed. I will be helped a lot.

It has been two weeks since I began my treatment. I found out through my first pregnancy that I am sick. I have just recently been put on ARVs’, says, Khetiwe, another resident.

The City of Jo’burg says it wants to encourage patients not to default due to lack of access to transport to get to the clinic. The city has introduced tracking agents to assist in this regard. The agents educate people about the importance of taking HIV treatment and to live a healthier life. Mabaeti Masilo is one of the agents.

‘A lot of the times people default. They cannot fetch their treatment and some don’t get the education that they need. That is how we help them’¦ by giving them all the information about ARVs and the importance of taking your treatment through support groups’, she says.

Masilo adds that sometimes patients don’t have food, saying they cannot take their treatment on an empty stomach.

‘If they do not eat before taking their treatment, they can get sick. We bring soup and power mix so that they eat. Our HIV-positive children can go to the clinic where they get food, and they take home some lunch’, says Masilo.

The city of Jo’burg’s Director for HIV/AIDS and STI’s, Noko Leopeng, says they need to work harder at changing people’s behaviour when engaging in sexual intercourse. She says they are particularly strengthening their efforts to bring men on board.

‘If we can get men to use a condom consistently every time they engage in sexual acts, we will make huge in-roads in curbing the transmission rate within the City of Jo’burg and nationally’, she says.