Home » Taking responsibility to protect others Living with AIDS # 500 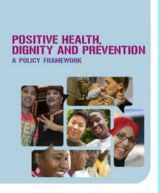 People living with HIV have a critical role to play in preventing new HIV infections. A new strategy aims to enlist the help of HIV-infected people in preventing the spread of HIV.

Called ‘Positive Health, Dignity and Prevention’, the strategy aims to enable people living with HIV and AIDS to get more involved in preventing new infections. In the past, such a programme was called ‘positive prevention’.

The difference between the two is that ‘prevention with positives tends to see people living with HIV as vectors of the virus and they are likely to pass it on. It excludes everything else. The dignity is not there, the stigma issues can arise. This all-encompassing term really sees them as part of the response’¦ responsible people who also require treatment and also require support’, explains Mirriam Chipimo, senior policy and programmes advisor for the United Nations’ Agency for HIV and AIDS (UNAIDS), in South Africa.

Chipimo says the strategy is all-encompassing and is concerned with the health and dignity of the individual and prevention, which is not only about the individual, but about others.

‘This is really looking at promoting their health and from a human rights perspective as human beings they are entitled to these’¦ the dignity, the respect, and so on. They should not be stigmatised by virtue of a positive status. And so, this term… is hoping we’ll go a long way in addressing places where stigma is still quite high’, she says.

‘Either way, we are talking about prevention of new HIV infections by people living with HIV. That’s the important message that we should be taking’¦ How do people living with HIV play a role in preventing new infections? I understand the argument that it might be stigmatising. But the fact of the matter is that you cannot get HIV from somebody who does not have HIV. My understanding of prevention with positives is that’¦ let’s involve people who are living with HIV in preventing new HIV infections’, Ramothwala says.

But how can people living with HIV be involved in preevntion programmes?

‘At least, for those people who already know that they have HIV, you create education amongst themselves’¦ behaviour change for people living with HIV, which looks at: When you have HIV don’t have another person get infected with HIV because of you. We can talk about prevention of mother-to-child transmission’¦ HIV-positive mothers who are pregnant to make sure that they take antiretrovirals in order to reduce the risk of their children getting infected”.

Chief Director of the HIV and AIDS and STIs unit in the national Department of Health, Dr Thobile Mbengashe, also emphasises that prevention of new HIV infections by people living with HIV is about taking responsibility.

‘We have a responsibility of protecting others. I don’t think any one of us with any love of a person would actually knowingly infect. You probably will have it very difficult to live with yourself knowing that you’ve transmitted an infection to your partner when you did not have to and when you did not have to stop having sex’¦ but it just meant that you were to be consistent in using protections. I think all of us will feel terribly about that. So, we don’t have to feel terrible because if we know our status, our partners know our status, we take the necessary precautions of using a condom consistently’¦ And if you do go outside that relationship you have to use a condom all the time’ says Dr Mbengashe.

The UNAIDS’s Mirriam Chipimo says the Positive Health, Dignity and Prevention programme requires the full participation of people living with HIV and AIDS to ensure the decline of new HIV infections and, eventually, to get to zero infections.