The third Global Health Watch report shows that health financing, including dwindling support for AIDS, is one of the challenges facing global health. 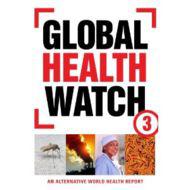 The third edition of the Global Health Watch report provides an analysis of health challenges facing the world today. It also seeks solutions to these challenges. The new edition identifies three main issues that affect people around the world.

‘We talk about the three acts ‘ the three main crises that face poor people every day’¦ the crises of finance, of food and fuel, which are life crises squeezing people’s lives throughout the world’, said Peter Benjamin of the People’s Health Movement, during the launch of the report in Johannesburg.

Benjamin said the report draws on case studies from about 60 countries in the world where it found that there is a worrying trend in health financing.

Benjamin also said that many nations disregard the link between social conditions and health outcomes.

‘Housing, sewage, unemployment, crime’¦ those linkages are not made throughout most of African countries. And it is the social determinants of health that actually impact how healthy and well people live often much more than actually what goes in to the nurses and doctors and pharmaceuticals’.

The report also decries the lack of funding for AIDS programmes of late, saying that AIDS is still an overwhelming health challenge.

‘There is a real problem, globally’¦ There is, if you like, donor fatigue that is hugely hurting the delivery of health care. It still is overwhelmingly a huge health challenge in the country. This is almost starting to be seen as a problem that has been resolved, which it isn’t. The global financing is putting at risk a lot of the gains that have been made over the last decade’, Benjamin says.

Director of Section 27, Mark Heywood, condemned funders for reducing or pulling out their resources for AIDS funding. He warned that the result will be increased mortality levels.

‘The effect, basically, is not only to deny new people who need treatment access to treatment, but is actually to threaten the sustainability of access to people who are already on treatment. The reason for the funding slow-down is not because there is lack of money in the globe. It’s because there is no longer, in our belief, a political commitment at developed country level to the HIV epidemic. It is disappearing and it is going to cost very, very many lives’, Heywood said.

He added that activists will put back on the global agenda how pharmaceutical companies make huge profits by denying people access to new essential antiretroviral medicines.

‘The communities that we work with are mostly taking a generation of medicines that we fought for 5 or 6 or 10 years ago. Science didn’t stop in 2000 or 2001. The science of better antiretroviral medicines continues to this day and there’s a better generation of drugs. But the new generation of drugs, which have less side-effects, which are easier take, are highly patented and highly expensive and, therefore, (it’s) very difficult for people to be able to access those medicines. This is an issue that doesn’t apply just to South Africa. It’s an issue that applies to southern Africa and across the globe. That, too, is something that we are going to pay much greater attention as we go forward in relation to this epidemic’, said Heywood.

Sex workers in Johannesburg, Cape Town and Musina, Limpopo, and other places in various countries marched in protest against abuse and the violation of their rights this week.

Male condoms are a widely used HIV preventative measure in South Africa. However, even though male condoms may seem relatively easy to use, they often present problems such as breaking and slipping off.

The community of Soweto, the sprawling township to the south of Johannesburg, has welcomed the rollout of medical male circumcision in the area. 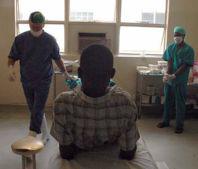