As many young women are now developing cervical cancer and more are at risk of cancer of the cervix because of HIV infection, new and simpler methods of diagnosis are needed. Now, scientists have discovered that vinegar is useful in diagnosing cervical cancer. 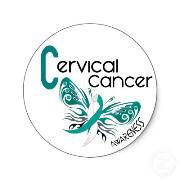 The waiting rooms are busy and women are standing and sitting on both sides of the hall at a clinic at Helen Joseph Hospital, in Johannesburg. The clinic’s Programme Manager for cancer screening, Dr Cindy Firnhaber, says cervical cancer is steadily rising and HIV-positive women are at a higher risk of infection.

‘In the past women were dying of tuberculosis or meningitis and other opportunistic infections and so did not live long enough to get cervical cancer. But now we know we’re going to see more cervical cancer and we need to be more aggressive in our screening and early treatment of pre-cancerous lesions’, Dr Firnhaber says.

The clinic conducts about 150 pap smears a month. A pap smear is a simple procedure where a few cells from a woman’s cervix are scraped off to test for any abnormalities. But, more worrying for Dr Firnhaber, are the many thousands of women out of reach of health services who cannot get pap smears. To address the issue, she and her team are exploring other ways to help such women. In some isolated parts of the country there are not always laboratories or technicians who can read pap smear tests. So, they are using vinegar as an agent to identify abnormal cells in the cervix.

‘In the rural areas or areas with fewer resources, they do not have as many cytologists. So, another methodology that has been working well is the treatment where you take the cervix and spread acidic acid or vinegar and look for changes that are white’, she says.

These changes are then frozen and kept for further tests. Dr Firnhaber says this method is economically viable for both the women and the health institutions.

‘You can train a nurse, usually, within two weeks to do it and you do not need doctors to do it. You do not need laboratory-based resources, you don’t need cytologists or hi-tech capacity, and it is one visit. The woman comes in, she has her cervix painted with the vinegar and if there are any abnormalities meeting certain criteria then they freeze it. The woman comes back four to six weeks for a follow up, then she is watched periodically’.

At the Helen Joseph Clinic the women are given both a pap smear and the vinegar test.

Dr Firnhaber says although the vinegar method is not perfect, it catches about 70% of the disease. That’s good news for women who can’t have access to pap smear tests. Dr Firnhaber says in HIV-positive women, they see more abnormal cells spread throughout the cervix, and it’s occurring more often in younger aged women.

‘Cervical cancer used to be a disease for the middle aged – 45, 50, 55. But we are seeing that shift down to 10, even 15 years in South Africa. We are seeing women aged 35, 30, even 25, coming in with full-blown cervical cancer. In our clinic, we have seen women as young as 19 and 20 with significant changes that are very severe. If not treated (they) would have led to cervical cancer. So, this is concerning’, she says.

HIV/AIDS Counsellor in Orange Farm, far South of Johannesburg, Lilly Xaba, says because she is HIV-positive herself she understands the importance of going for pap smears regularly and encourages the women she counsels.

‘We educate women about it, especially those who are HIV-positive because they are vulnerable. And we encourage them to go and get regular check-ups so that they may live a healthier life. In some instances, the women talk to us about their symptoms and as a counsellor you know these symptoms they are referring to are cancer-related. But when we advise them to go check they refuse because they have not fallen sick’, Xaba explains.

Xaba says if more women took the initiative to know their bodies they would get help sooner. Dr Firnhaber says the vinegar test method has proven effective in detecting precancerous cells in both HIV-positive and HIV-negative women. But, she says more research is needed to see if this testing method is indeed effective in HIV-positive women and if it should be used in the longer term.

Cervical cancer is caused by the human papillomavirus (HPV), a sexually transmitted infection that clears up on its own in most women. In others, especially women with HIV, the infection can lead to cervical cancer. All women are advised to be screened for cervical cancer as soon as they become sexually active.

The quality of care that a baby gets while still in the womb and in its early years of life has an impact on its future development. A study has found that the first 1000 days of life are crucial in shaping the next 18 years of a young individual. 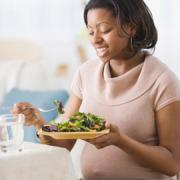 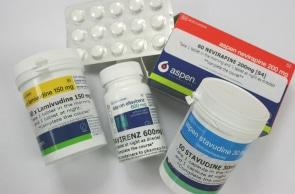 TB DOT supporters have a tough job ensuring that patients take their medication and offering them the necessary support. Health-e News Service asked two DOT supporters what truly drives them.