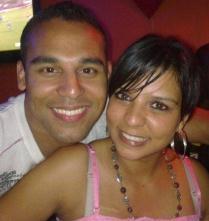 It is a handsome, energised young couple that meet me at a coffee shop in Claremont, Cape Town. Lee-Anne (28) orders an apple juice – she’s careful of what she eats and drinks because she’s 11 weeks pregnant. Ashton (27), orders the same, subtly encouraging his wife’s dedication to her own health, and that of their child.

Within minutes the Williams couple from Thornton in Cape Town’s southern suburbs are chatting excitedly ‘ and they have good reason to be enthused: the baby growing inside Lee-Anne is not only their first, but a first for South Africa, and Africa. The pregnancy is one of about 15 cases worldwide.

Three years ago, at the age of 25, Lee-Anne was diagnosed with Hodgkin’s Lymphoma, a cancer affecting the white blood cells called lymphocytes. Although treatable with chemotherapy, and in her case also a bone marrow transplant, the intense treatment would almost certainly destroy her ovaries, and with that her chances of a future pregnancy.

Lee-Anne’s doctor referred her to Dr Paul le Roux – one of only a few reproductive medicine specialists in the country ‘ to discuss her options for fertility preservation. Due to her specific circumstances, Lee-Anne opted for a fairly rare procedure called ovarian tissue freezing where doctors remove one ovary and then freeze the tissue containing healthy eggs to re-transplant after the completion of her chemotherapy when she is ready to start a family.

It was a long shot ‘ in the more than 10 years since the technique was developed, less than 20 cases worldwide have resulted in succesful pregnancy. But it was her only option.

In March 2009, using the minimally invasive key-hole surgery (laparoscopy)  Le Roux and his colleague, Dr Sulaiman Heylen at the at the Cape Town Fertility Clinic, removed her left ovary, peeled off the outer layer containing the eggs, sliced it into small strips (between 3 and 5mm wide) and sent it to their laboratory director, Kimenthra Raja, who immediately froze the tissue at -196 degrees Celsius with liquid nitrogen.

Shortly after that Lee-Anne’s chemotherapy began. ‘It was tough, you know? I lost all my hair and during the bone marrow treatment I had to stay in isolation for two weeks. It really felt like I was walking through the valley of the shadow of death. And on what must have been my lowest day, Ashton came to visit and told me I have to get through this, because he wants me to be his wife,’ she says and they shyly glance at each other.

She completed her chemotherapy and bone marrow transplant, and in 2010 was declared cancer free. In April 2011 she married Ashton, and this year the couple decided they wanted to start a family. In July she returned to Le Roux to have her ovarian tissue re-implanted and two months later she was pregnant.

In his Claremont office, adorned with pictures of all the babies he has ‘made’, Le Roux admits that he was surprised when Lee-Anne contacted him so soon to say she was pregnant. ‘In the history of the clinic, we have never done this procedure [re-transplantation of ovarian tissue], and the first time our patient gets pregnant,’ says Le Roux. One other patient at the clinic has had her ovarian tissue frozen, but she has not yet returned for the re-implantation.

Le Roux is particularly proud that his clinic, ‘on the tip of Africa’, could achieve something that has only been done in advanced fertility units around the world.

Le Roux explains that blood tests showed that after the chemotherapy, Lee-Anne’s one remaining ovary was not producing any eggs and her body wasn’t producing any oestrogen, and that the chemotherapy had placed her in an early menopausal state. ‘For all intents and purposes, her ovaries were completely gone.’

For the re-transplantation in July, they thawed half of the sample of Lee-Anne’s frozen ovarian tissue (they kept the other half in case the first attempt was unsuccessful) and in a dish stitched the tiny pieces of tissue together to form a ‘patchwork blanket’. Once again using only laparoscopy, they cut a hole in her non-functioning right ovary (which wasn’t removed before chemotherapy) and patched the hole with their ‘ovarian tissue blanket’.

The re-implanted eggs went to work very quickly in Lee-Anne’s body. ‘When she contacted me in October she was already eight weeks pregnant, so she already ovulated as soon as two months after her procedure,’ says Le Roux. ‘That is actually quite rapid – in the other studies that we’ve seen it took between three and six months before the patient could conceive.’

Le Roux believes that a combination of factors led to their success. ‘I think various technologies came together to make this happen ‘ the advanced freezing technology preserves the integrity of the eggs, and the fact that we did all our procedures by laparoscopy, which means there is less scarring in the pelvis. Also, when we took out the eggs she was very young, so they were probably of good quality,’ he says.

According to Le Roux, fertility preservation is becoming more important as more young people are being diagnosed with cancer.

A study has also shown that fertility preservation in cancer patients may aid in their recovery. ‘It was found that fertility preservation often gives cancer patients something to hope for and look forward to. Knowing that they have frozen eggs, or frozen ovarian tissue, gives them hope for the future, and in a way it helps them get through the tough time of their chemotherapy,’ says Le Roux.