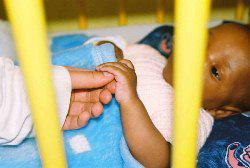 South Africa has received global recognition for achieving a significant reduction in the number of children newly infected with HIV.

The United Nations Joint Programme on HIV/AIDS (UNAIDS) launched the 2012 Global Epidemic Report yesterday (SUBS: TUES) and praised South Africa for major gains with the number of children newly infected with HIV declining by between 40 and 59 percent from 2009 to 2011.

International efforts have focused on ending new infections among children and reducing the number of women living with HIV who die from pregnancy-related causes.

Worldwide, the number of people newly infected continues to fall. The number’¨of people (adults and children) acquiring HIV infection in 2011 (2.5 million) was 20% lower than in 2001.

The sharpest declines in the numbers of people acquiring HIV infection since 2001, have occurred in the Caribbean (42%) and sub-Saharan Africa (25%).

During the past decade, many national epidemics have changed dramatically. In’¨39 countries, the incidence of HIV infection among adults fell by more than 25% from 2001 to 2011.

Twenty-three of the countries with steep declines in HIV incidence are in sub-Saharan Africa, where the number of people acquiring HIV infection in 2011 (1.8 million) was 25% lower than in 2001 (2.4 million).

However, despite these gains, sub-Saharan Africa accounted for 71% of the adults and children newly infected in 2011.

More people initiated antiretroviral therapy in 2011 than in any previous year, with the number of people living with HIV receiving treatment rising by 21 percent compared with data from 2010.