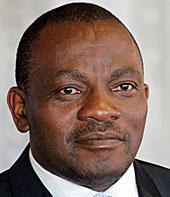 Delivering his key-note address during the official opening of the Vhembe House of Traditional Leaders held at Ha-Manenzhe in Mutale in Venda, Matibe said the community should be informed about the importance of living healthily and everybody must take the responsibility of spreading that message.

“I am urging every community member within Vhembe to take initiatives of making sure that our people, especially the youth and aged are informed about the importance of a healthy lifestyle.

“The majority of our youth are at risk of living unhealthy lifestyles because of pear pressure, abuse of alcohol, drugs and lack of education.

‘Many youths use alcohol and drugs as a form of entertainment, especially during Easter holidays and festive seasons. As a results, they end up engaging in un-protected sex which put them at risk of being infected with HIV and other sexually transmitted diseases,” said Matibe.

To avoid this, Matibe said the youth must be encouraged to focus in their education and avoid consuming alcohol and drugs.

He said elders, especially the illiterate, must also be informed about the importance of being faithful to their partners and living healthily so that they can be safe from TB, diabetes and other diseases.

Matibe said there is a need for more awareness campaigns in rural communities and farm areas in order to help reduce the scourge of HIV/AIDS and other diseases.

He also appealed to traditional leaders to help government by spreading the message about the importance of a healthy lifestyle to their communities.

“Without the support of traditional leaders, government will never succeed in fighting the spread of HIV/AIDS. Let us go out and strengthen our clinic committees in our communities. Our health and AIDS councils are up and running and I am pleased by the participation of our traditional leaders,” said Matibe.

According to statistics, Limpopo’s HIV prevalence was lower than the rest of the country (seven percent) but the infection rate was increasing. This was attributed to poverty, migrant labour, limited resources, risky sexually behaviour and in-adequate knowledge about HIV/AIDS. ‘ OurHealth/Health-e News

The way South African men construct their identity plays a major role in the health and well being of families and communities in this country. Anso Thom spoke to one man who is trying to demystify masculinity.

Pittsburgh ‘ A microbicide that researchers are pinning their hopes on is safe for use in pregnant women, according to a study presented at the Microbicide 2010 conference taking place in the United States this week. 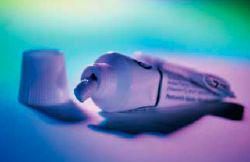 A collection of quotes on what those involved in the court case and those most likely to be affected have to say.