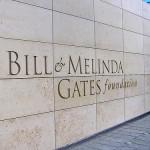 KUALA LUMPUR – Leading health philanthropist Melinda Gates has appealed to the world to make family planning a top priority and appealed to the 3 000 delegates at the 3rd Women Deliver meeting to help millions of women make their voices heard.

“Nothing is more inspiring than a woman who finds the strength to raise her voice again and again until people are forced to listen and respond. To me, that’s what the fight for women’s empowerment looks like,” said Gates, who is co-chair of the Bill & Melinda Gates Foundation.

She added that women have not always had the support they need to make the best decisions for themselves and their families, but that in many countries around the world, they are starting to.

Access to contraceptives is high on the world’s list of priorities following the Gates initiated London Family Planning Summit almost a year ago.

“It’s not as if our community just gave the old family planning agenda a new coat of paint. We were not and are not interested in continuing to do what was done before, when more than 200 million women didn’t have access.

“We have been working on a new approach that gives women what they really want: voluntary access to high-quality health education, health services, and contraceptives. When defined broadly in this way, family planning can be what it should be: a strong link on a chain of good health for women and their children,” said Gates.

Gates added that governments in about two dozen countries are already creating plans that incorporate family planning into their women’s and children’s health programs.

He said at the time that women should be seen as a “total human being” not just as a patient for family planning or HIV.

Gates said that while the London Summit was an inspiration, it could not be declared a success until the work is complete and “we’ve met the needs of 120 million more women and girls”.

She said that while the day-to-day work of family planning can get abstract and complicated, the reason for doing the work is concrete and simple: “Women tell us that having access to contraceptives will help them build a good life for themselves and their families”.

She pointed out that tens of millions of women still lack access to contraceptives and that the work ahead will be difficult. “But I am optimistic because I know we’re all united by a single, powerful premise: that what matters is doing everything we can to help women and girls flourish worldwide.”

Uncertainty is put to rest but study highlights need to step up HIV prevention efforts in high-burden countries — particularly for young women.

While injectable contraceptives are in short supply at Limpopo’s public health facilities emerges, the Department of Health (DoH) maintains there is no crisis and patients need to simply opt for other methods of family planning.